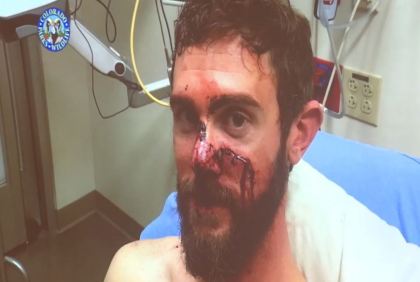 The man who fought back when a mountain lion was attacking him while he was running on a trail at Horsetooth Mountain says he wasn’t sure at first whether he would win that battle. In the end, he did.

Travis Kauffman says his “fear response turned into more of a fight response” after he was ambushed by the animal.

But since then, the media attention has been a little overwhelming for the 31-year-old.

“It was definitely a little bit of a surreal experience,” said Kauffman while talking with CBS4’s Jamie Leary. “It wasn’t like getting attacked by a mountain lion, so that was easier than that…”

At home with his girlfriend Annie, he can relax a little bit now that his wounds are starting to heal.

See also  UFO Hearing: Pentagon Shows Declassified Photos And Video, Clip Of Unexplainable Floating Object
→ What are your thoughts? ←
Scroll down to leave a comment: