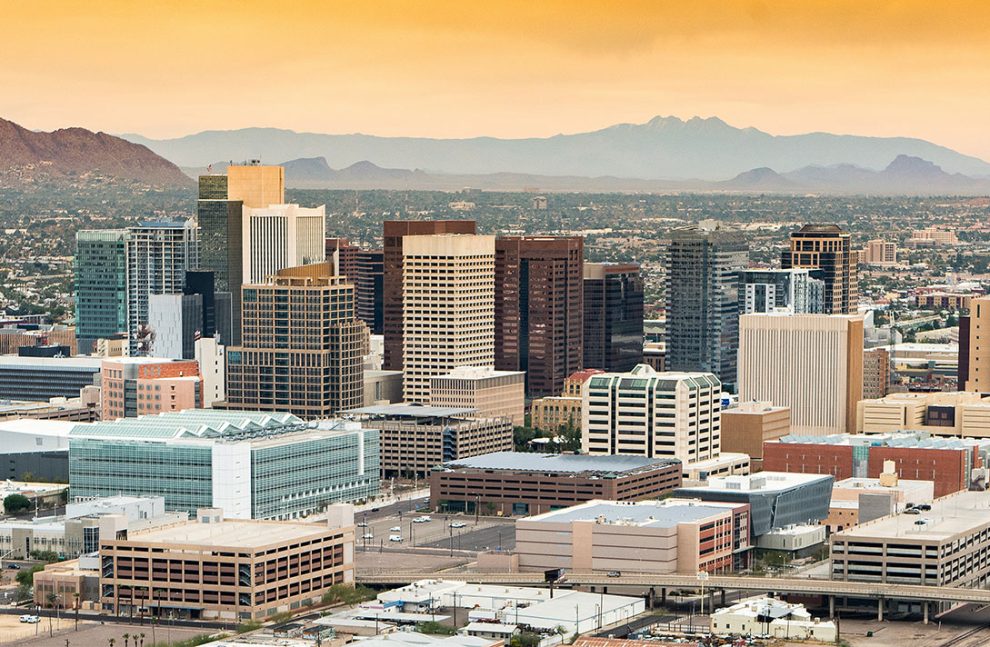 The Phoenix metropolitan area experienced the highest inflation rate jump in the nation of the 21 largest metropolitan areas, and it’s likely to have a significant impact on the midterm elections.

The Bureau of Labor Statistics reported the Consumer Price Index for the Phoenix area for February 2022 went up 10.9 percent over the last 12 months, compared to the national average of 7.9 percent.

Energy prices are up a whopping 29.6 percent from last year, shelter increased 12.4 percent, and food prices are up 10.1 percent.

Maricopa County — which encompasses Phoenix and surrounding cities like Scottsdale and Mesa — is among the fastest-growing metro areas in the nation, which is helping contribute to the high inflation it is experiencing.

“Prices will go up when there is not enough supply to keep up with demand,” Arizona Chamber of Commerce spokesman Garrick Taylor said in an email to The Western Journal.

He added that the Chamber does not want more artificial demand coming out of Washington.

“We would oppose calls from some on Capitol Hill to once again inject another round of stimulus into the U.S. economy,” Taylor said.

The news outlet noted that this year’s midterms will be the first election in which inflation is a central issue since 1980, when Republican Ronald Reagan defeated then-Democrat President Jimmy Carter in a landslide and the GOP retook the Senate for the first time since the 1950s.

“That two-thirds disapproving on inflation consists of 39% of Democrats, 74% of independents, and 89% of Republicans,” Fox said.

Unsurprisingly, Republicans enjoy a 3.2 percent advantage in the RealClear Politics average on the generic congressional ballot, with a recent Rasmussen poll showing GOP ahead by 11 percent.

When Rasmussen had Republicans in the lead by 12 percent in 2010, there was a Tea Party-fueled red wave, resulting in the party picking up 63 seats and a massive majority in the House.

How does the current environment play out in Arizona this November?

Maricopa County makes up 60 percent of the registered voters in the state.

It went for President Joe Biden in the 2020 general election by 2.2 percent, after former President Donald Trump carried it in 2016 by 2.9 percent.

Biden won the Grand Canyon State overall by less than 1 percent, or 10,457 votes.

But Arizonans have not been pleased with the job the president has been doing.

A poll taken by Arizona-based OH Predictive Insights at the one-year anniversary of Biden’s win showed him underwater in the state, 55 percent to 42 percent.

The survey found that in addition to Republicans’ overwhelming disapproval (86 percent), three in five independents (65 percent) also are not pleased, as well as 15 percent of Democrats.

The Wall Street Journal spoke with Scottsdale resident Jillian Birnbaum, a 37-year-old nurse and mother of two. The independent voter said she is inclined to cast her ballot for Republicans in the fall due to rising prices.

“There must be some reason for why it’s happening with this administration and not the last one,” she said, citing increased federal spending under Biden and the Democrats. “We are giving out money like it’s growing on trees.”

The race for the U.S. Senate seat in Arizona is among the most-watched in the country.

The Cook Political Report rates the race a “toss up.“

Democrat Mark Kelly defeated Martha McSally in 2020 — 51.2 percent to 48.8 percent — in a special election to complete the term of the late GOP Sen. John McCain.

An OH Predictive Insights poll released Thursday shows a generic Republican ahead of Kelly 39 to 37 percent. The GOP is ahead on the generic ballot for the governor’s race, as well.

Though promoting himself as an independent voice akin to fellow Democrat Kyrsten Sinema, Kelly has been almost fully on board with Biden’s agenda, including backing at least portions of the massive $1.9 trillion Build Back Better spending plan.

He also voted to kill the filibuster in January in order to pass the Democrats’ so-called “voting rights” legislation. (In reality, it would have amounted to a federal takeover of the nation’s elections to favor Democrats.)

See also  What Happened to the Reporter Who Dared Report the Truth About the Paul Pelosi Attack?

Four of the competitive House races in the country are in Arizona, including the new 4th congressional district, which is in Maricopa County.

The Arizona Republic reported incumbent Democratic Rep. Greg Stanton could see a fight, even though the district covers much of the area he currently represents.

One thing seems fairly certain: Arizona does not look poised to go the way of Colorado from purple to blue. Rather, it will return to solid red.