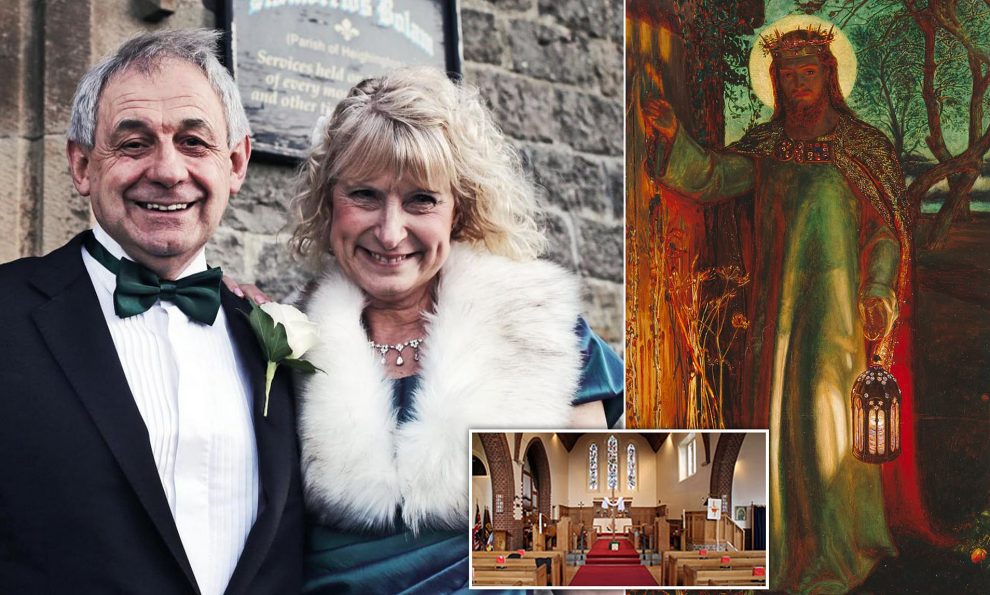 A CHURCH has sparked controversy after offering to cover up crosses and a picture of Jesus so Muslims could say prayers during Ramadan.

Reverend Lissa Scott organised a celebration at St Matthew and St Luke’s church in Darlington to mark the holy month of Ramadan.

As part of the plans, men who attend a nearby mosque were reportedly invited to use the aisle of the parish church as a place of prayer.

Muslim women were also offered space in adjoining rooms, according to the Sunday Times.

They were reportedly told that a cross and a well-known image of Jesus, a copy of The Light of the World by the pre-Raphaelite artist William Holman Hunt, would be covered up.

The plans were discussed at a church meeting on May 9 attended by Rev Scott and Gerald Lee, a former mayor of Darlington.

Mr Lee has been seeking to boost racial harmony in the area with a group called Celebrating Communities, which organises diverse social events.

The Sunday Times reported that minutes from the meeting state: “One aisle in church to be cleared of chairs for Muslim men to say prayers.

The Diocese of Durham has since intervened and told the church it must not hold Islamic prayers in the church building.

It stated that church law does not permit acts of worship by non-Christians in a Church of England building.

“When Muslims come into our church, we invite them to come in and respect Jesus. If we accepted an invitation to go into a mosque, we would respect Muhammad,” he said.

Speaking of the Diocese’s decision to get involved, he told Christian magazine Premier: “They realise that the vicar made a silly mistake.

“But I’m glad it happened because it was raises in the public eye some important issues which people need to work through.

“Islam and Christianity are not Abrahamic cousins in Middle Eastern religion. They’re actually antithetic to each other.”

It’s understood the event will go ahead, but prayers will be said elsewhere.