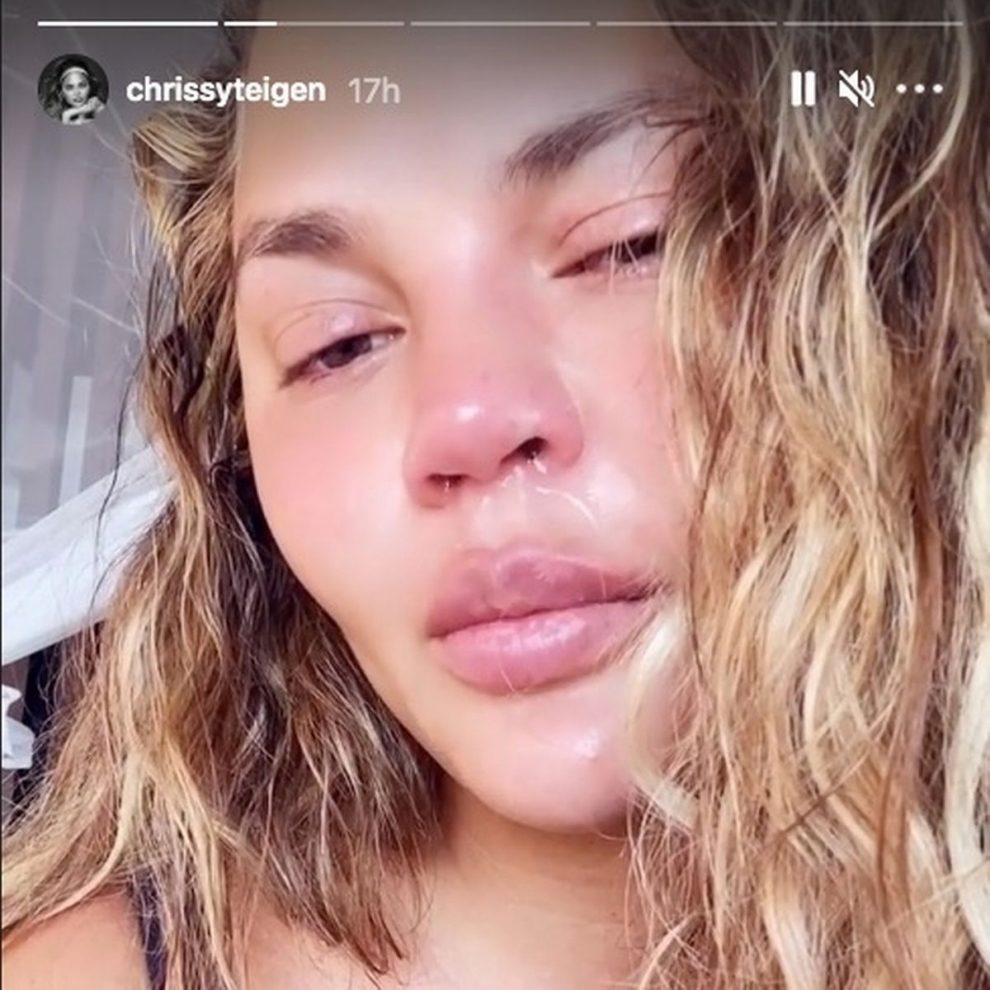 Disgraced Joe Biden backer and former model Chrissy Teigen, husband of pop singer John Legend, said Wednesday she’s been “depressed” and “lost” since retreating from public life after she was exposed over historic episodes of “cyber-bullying” people, which included telling a 16 year old to kill herself.

The left-wing activist addressed the scandal for the first time when she shared an Instagram snap of her view from “cancel club.”

Tiegen told her 34.9million followers it ‘”feels so weird to pretend like nothing happened “while she feels like ‘utter s**t in real life,” explaining how she misses connecting with her fans and their praise and adoration.

As Breitbart News reported, Tiegen apologized in May to model Courtney Stodden for telling her to kill herself when she was a teenager.

“[Teigen] wouldn’t just publicly tweet about wanting me to take ‘a dirt nap’ but would privately DM me and tell me to kill myself. Things like, ‘I can’t wait for you to die,’” Stodden told The Daily Beast.

Barely 24-hours later Cameroonian singer Denica claims Teigen became aggressive with her at the 2016 Grammy Awards, shoving her twice at the event.

The alleged incident occurred after Denica’s assistant took his phone out to record a video of her on the red carpet, allegedly prompting an aggressive response from Teigen, who was there with her husband singer John Legend.

Then in June, actress and former Real Housewives of Orange County star Gretchen Rossi called Teigen a “disgusting person” in response to fashion designer Michael Costello saying he suffered from suicidal thoughts after his career was threatened and hurt by Teigen.

“So disgraceful. I’m so proud of you for speaking up and sharing your truth about what happened my sweet friend,” Rossi commented on Costello’s Instagram post, according to a report by Page Six.

Now Teigen wants to put the scandal behind her and the three months that have overshadowed both her career and a string of exclusive promotional arrangements including the home cleaning product line she launched with Kris Jenner just three months ago.

The former swimsuit model who went on to host Lip Sync Battle described “cancel club” as fascinating, writing, “I have learned a whollllle lot”.

“Only a few understand it and it’s impossible to know til you’re in it,” she added.

Rich Democrat Party activist Chrissy Teigen has reportedly lost another deal after the extent of her cyberbullying scandal was made public. https://t.co/60zSwPXBjG

Teigen said complaining about being cancelled sounds “whiney when you’ve clearly done something wrong” before lamenting: “It just sucks. There is no winning. But there never is here anyhow.”

Teigen finished the message by saying: “All I know is I love you guys, I miss you guys, and I just needed an honest moment with you because I’m just…tired of being sick with myself all day. I don’t even know if it’s good to say any of this because it’s gonna get brutally picked apart but I dunno. I can’t do this silent shit anymore!

“If you or someone you know has also been cancelled please let me know if there is a cancel club reunion because I could use some time off my couch! Thank u and goodbye I love u.”

Paris Hilton was among those to publicly back the model. “Sending lots of love beauty,” hotel heiress Hilton wrote.