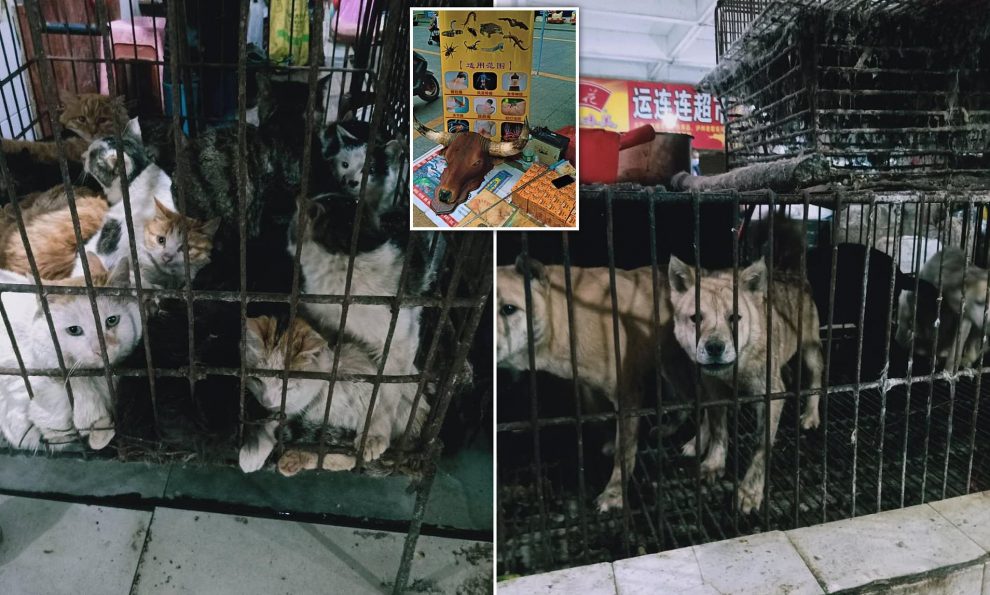 Live animals are still for sale in Chinese food markets that reopened after the country recently declared victory over coronavirus.

Cages full of cats and dogs waiting for slaughter and the unsanitary preparation of animals is again reportedly a common sight in Chinese food markets, often called wet-markets, according to in-country correspondents with the Daily Mail.

China ordered that its wet-markets be shut down in January, after facts emerged suggesting that coronavirus was first transmitted to humans via bats and other live animals sold in the often filthy places of commerce, according to Business Insider. However, now that China says it’s beaten the virus, the markets seem to have resumed business as usual.

“The markets have gone back to operating in exactly the same way as they did before coronavirus,” said a Daily Mail correspondent who observed the markets re-opening Dongguan. “The only difference is that security guards try to stop anyone taking pictures which would never have happened before.”

Another correspondent in Guilin, a city in southwest China, photographed a sign advertising bats, snakes, spiders, lizards and scorpions for sale as remedies for common illnesses.

Images have also begun to circulate on social media of traditional Chinese foods considered odd by Western standards for sale in the newly reopened wet markets. CNBC host Jim Cramer tweeted out a video of live scorpions for sale.

Although China says it’s beaten COVID-19, many are skeptical about how honest the ruling Chinese Communist Party has been in reporting infection statistics throughout the pandemic. National Review says it has identified dozens of instances in which China lied to the world about the virus in its borders.

China has recorded 82,342 cases of the virus, according to Our World In Data. The first case appeared in Wuhan in November, reports LiveScience.