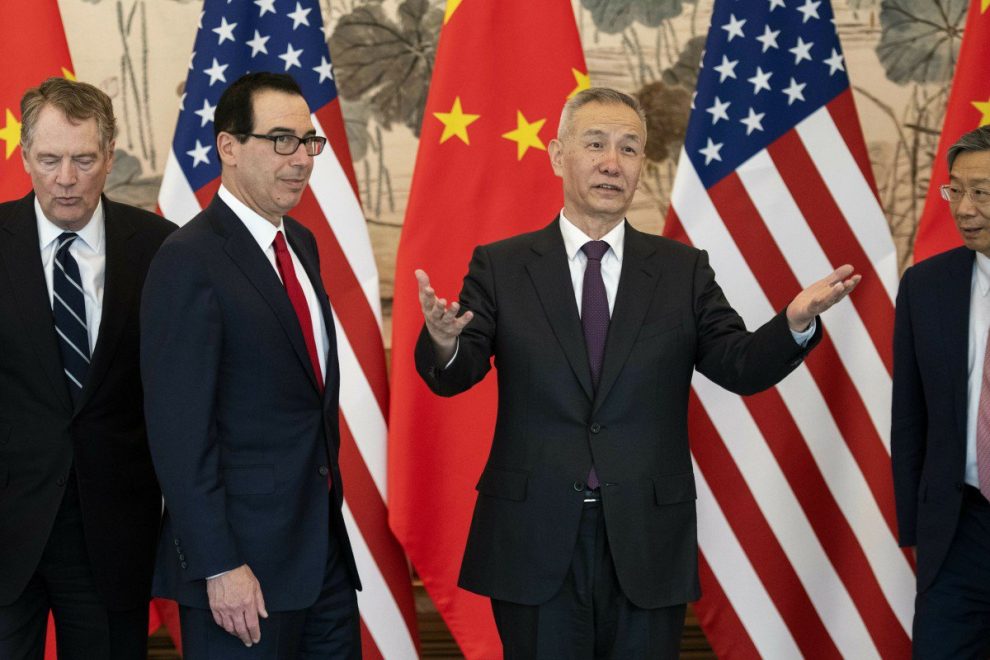 The U.S. hiked tariffs on a basket of goods imported from China to 25 percent on Friday morning.

The new tariff rate, which applied to around $200 billion of Chinese goods previously subjected to a 10 percent tariff, took effect just hours after officials from the U.S and China wrapped up a “working dinner” to discuss a possible trade deal.

Last year, the U.S. government studied Chinese economic policy and concluded that the Asian nation was engaged in systematic theft of the intellectual property of U.S. companies. When the Trump administration said it would impose tariffs in response to the Chinese behavior, China cut off trade talks for months.

The U.S imposed the 10 percent tariff in September and announced the tariff would rise to 25 percent in January. Earlier last year, the U.S. had imposed a 25 percent tariff on about $50 billion of imports from China.

The tariffs were put on hold when President Donald Trump and China’s Xi Jinping agreed to a trade truce while the two nations negotiated a deal. At first, those talks were given a 90-day deadline before tariffs would rise but that deadline was waived and put on hold indefinitely after U.S. officials told the president that talks were productive.

The situation changed dramatically on Sunday. After a week of reports that the U.S might be willing to accept a deal that did not require the level of structural reforms to the Chinese economy that Trump administration officials had called for, President Donald Trump tweeted an announcement that the tariffs would go up to 25 percent on Friday and the remaining $325 billion of Chinese goods would be subject to tariffs shortly. He accused China of attempting to renegotiate the deal, going back on commitments made earlier.

Behind the scenes, the push for higher tariffs began on Friday night. A diplomatic cable from Beijing arrived in Washington with systematic edits the draft trade agreement that shocked U.S. officials because it appeared to take back so much of what they had thought China had already agreed to.

Reuters reported that in each of the seven chapters of the draft trade deal, China had deleted its commitments to change laws to resolve core U.S. complaints: Theft of U.S. intellectual property and trade secrets; forced technology transfers; competition policy; access to financial services; and currency manipulation. China’s position was that it would adopt policies to meet the demands but not actually change its laws.

The change in China’s stance on tariffs appears to reflect Chinese domestic political pressure. China’s nationalist hawks considered the demand for actual legal changes unacceptable, according to people familiar with the matter. Some have argued that such a public change would make China look weak.

Some in the U.S. and China speculated on Sunday and Monday that Trump’s Sunday tweets might be just an empty threat intended to give U.S. negotiators additional leverage in the talks. That raised the possibility that the tariffs might not actually be raised. Financial markets in the U.S. seemed remarkably calm on Monday.

That changed Monday evening after Lighthizer and Treasury Secretary Steven Mnuchin spoke to reporters. Both men explained that China’s backtracking had resulted in the need to push tariffs higher. Lighthizer said he would be filing the paperwork as soon as possible and that tariffs would go up at midnight Friday.

Trade talks resumed Thursday but were brief. After less than 2 hours of talks at the office of the U.S. Trade Representative, officials from the U.S. and China went to dinner at a  nearby restaurant. Meanwhile, rumors circulated on Wall Street that Trump would speak to Xi Jinping over the phone on Thursday, sending the prices of stock futures higher.

After a brief hesitation following the announcement of the higher tariffs, China confirmed it would still send officials to Washington to meet with their American counterparts.