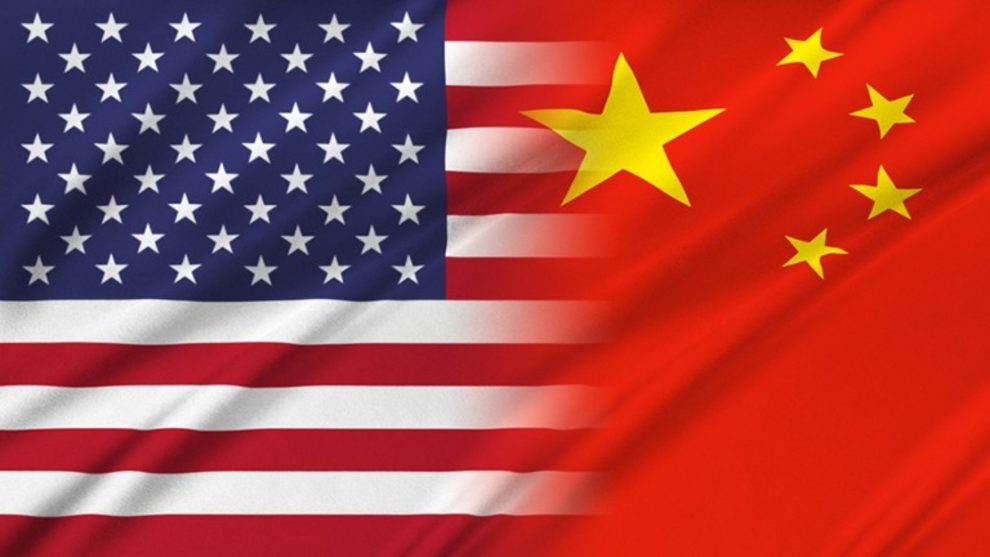 should be a headline in every us newspaper pic.twitter.com/SSo2IBL0vQ

This milestone didn’t get much play on TV or in the nation’s largest publications. And don’t expect that to change. The New York Times did deign to mention America’s stunning drop in life expectancy. Of course, they predictably gloated that whites’ life expectancy fell by more than non-whites’ in 2021 due to whites’ collective stupidity:

In 2021, the shortening of life span was more pronounced among white Americans than among Black Americans, who saw greater reductions in the first year of the pandemic.

“The white population did worse in 2021 than communities of color, besides Native American and Alaska Natives,” Dr. Woolf said. “I think that’s very telling: It reflects the greater efforts by Black and Hispanics to get vaccinated, to wear masks and take other measures to protect themselves, and the greater tendency in white populations to push back on those behaviors.”

The Washington Post and other publications displayed similar contempt for the American people. To these odious outlets, data regarding America’s decay was only interesting if it related to the supposed battle between bad races (white) and good ones (not white).

In the London-based Financial Times, British journalist Edward Luce marveled at America’s passivity in the face of indisputable decline:

Falling life expectancy is the last thing you would expect on a worry list about US national security. Yet when it is dropping as fast as it is in the US — Americans live almost five years less than the wealthy country average — even the Pentagon has to sit up. At 76, Americans now live shorter lives than their peers in China and only a year longer than the citizens of supposedly benighted Mexico. People in Japan, Italy and Spain, on the other hand, can expect to live until around 84. Your people’s longevity is the ultimate test of a system’s ability to deliver. Yet neither Democrats nor Republicans, presidents or legislators, seem too bothered.

That may sound shocking, but it shouldn’t surprise any of us.

Those who have reported on America’s decline at all hasten to blame it primarily on Covid-19, however, the pandemic constitutes only a woefully incomplete explanation at best, and an outright immoral one at worst. For one, life expectancy actually dropped in 2015 and 2017 as well, when “Corona” was still just a Mexican beer. Blaming Covid for America’s collapsing life expectancy is a copout, an effort to pass off the regime’s willful destruction of American lives as an uncontrollable act of God.

But still, there’s no reason to downplay the ruling class’ culpability for Covid deaths. America has been more vulnerable than most countries to the virus because its population is obese and chronically unhealthy. But the morally warped denizens of America’s ruling class refuse to treat obesity as a true crisis. If the ruling class had encouraged fat Americans to lose 20 (or 50, or 150) pounds with the same intensity they brought to harassing small businesses or complaining about racism, far more lives could have been saved. But instead, the only lesson drummed into the heads of Americans is that fat shaming is evil.

More importantly, Covid is far from the only phenomenon sinking U.S. life expectancy. By the CDC’s own calculations, Covid accounted for three-fourths of America’s life expectancy drop in 2020, and only half of the 2021 drop. In other words, even if Covid hadn’t had any impact at all, American life expectancy would still have plummeted by about a year — the worst drop in more than a century.

What’s driving that drop? All the other causes of death that elites have intentionally stoked with their “racial reckoning” and ongoing crusade against American kulaks.

First, there’s America’s soaring homicide rate. The post-George Floyd decision to attack police and scale back law and order has paid a dividend of blood all over the country. In 2020, there was a shocking increase of 4,831 murders compared to 2019. The soon-to-be-released 2021 figures will undoubtedly show another painfully large increase.

The phenomenon of homicide has an outsized impact on life expectancy because most victims are young, with potentially decades of life ahead of them. The average homicide victim in the United States is around 32 to 33 years old. Five thousand murder victims dying 40 years prematurely has as much effect on life expectancy as 200,000 ailing elderly being snuffed out a year early by Covid-19.

The same goes for another deadly byproduct of America’s “racial reckoning”: car crashes. As American police got the message that proactively enforcing the law was racist, they backed off and stopped the thankless task of enforcing America’s traffic laws. The result has been a “racial wreckining” on America’s roads. Traffic deaths have risen sharply, particularly among blacks. In 2019, there were approximately 36,000 fatal car crashes in America. In 2021, that number skyrocketed to about 43,000, an increase of close to 20 percent. Assume the average age of death of car crash victims to be 40 years, and these 7,000 extra car crash deaths are also worth more than tens of thousands of Covid deaths among the very old.

And then, of course, there are the drug overdoses. During the first year of elite-inflicted Covid lockdowns, America’s drug overdose kill count surged from 78,000 to more than 100,000, thanks to economic dislocation, social isolation, and excessive funneling of medical resources into Covid prevention. Drug overdoses were already killing more Americans than the Vietnam War each year; now they are enough to exceed Vietnam and Korea combined.

But it’s not like 78,000 pre-pandemic overdose deaths was a healthy baseline to begin with. Overdoses have increased a shocking fourfold since 1999. So, where did that come from?

A popular conspiracy theory says that the CIA intentionally started the crack cocaine epidemic of the late 1980s as part of a plot to murder black Americans. That theory is probably false, however. But can it be denied that today’s American government is sufficiently evil to intentionally foster drug deaths among its own people?

NEW: The Biden admin is set to spend $3.6 million to place vending machines filled with drug supplies in rural Kentucky.

The goal of the project is to eliminate "stigma" for drug users.

In Los Angeles on Thursday, officials announced the fentanyl overdose death of a high school girl, and the hospitalization of three more. The four girls had all bought tainted Percocets at an open-air homeless encampment/drug market operating out of Lexington Park, just a few blocks from their school.

If that girl hadn’t been fatally poisoned by easily-obtained fentanyl, she’d have attended LA’s public schools, where the “queer all year” classrooms would have taught her important lessons such as “there is no such thing as healthy and unhealthy food.”

.@LASchools shared this “Food Neutrality” video on @lausdHRDE Insta. They tell our kids that we’ve lied to them & no one food is better for them than another food (oppressive food hierarchy). @lausdHRDE is actively working to undermine parents & hurt kids. @LAUSDSup do u know? pic.twitter.com/eWVy0jyP9Y

That’s America in 2022. A country whose leaders gleefully send their citizens into the meatgrinder, lest anybody feel “stigmatized” by them doing otherwise.

Now contrast that with China, America’s new superior in the actually-keeping-its-people-alive department.. Since the end of Mao’s famines, China has steadily grown economically and improved in quality-of-life. Even during the infamous Cultural Revolution, the average Chinese citizen was actually becoming healthier and wealthier. And while China has taken an overall misstep with the repeated lockdowns of its “Zero Covid” strategy, it continues to have a focus on the overall wellbeing of its citizens that puts America to shame.

In China, drug traffickers get the death penalty. Drug addicts are forcibly institutionalized, sometimes for years, in order to get them clean. Critics claim these policies don’t work because drug use is growing in China, ignoring the fact that drug abuse in China is far less common than in the United States. Officially, the country has 2.5 million registered drug addicts. “Experts” say the country has five times that, but even if they’re right, so what? If China has 12.5 million drug addicts, that’s still far less than the United States despite having a population four times as large.

China’s obesity rate is only half that of the United States, but already the country is treating the problem as a serious crisis. The government is not only discouraging junk food and encouraging smaller restaurant portions; it’s also levying fines on influencers who engage in overeating stunts.

China’s government isn’t just focused on making its country a great power through industrial might and technological prowess. As we wrote last year, the government is also working hard to prevent Chinese society from falling off a cliff. So, the Middle Kingdom is promoting athletics, kicking “girly men” and vapid celebrities off TV, capping video game play time, and even restricting tutoring to prevent excessive academic competition:

When China’s leaders see poison coursing through society, they act to stop it. In America, our leaders promote, subsidize, or even mandate it. … [O]ne of the greatest contemporary political challenges is finding a way to reconcile advanced technological progress with a content, stable, flourishing society. China’s system, though brutish, is at least attempting to do this. America’s woke totalitarian system is surrendering without a fight.

Is China a free country? Not at all. But how free is America still? Whatever vestigial freedom of speech America is still holding onto is only thanks to inertia and the failure of the ruling elite to snatch the rest of it away on the grounds of smashing “disinformation” and “hate speech.” America’s elections become more of a joke with each passing cycle, as ballot harvesting, mail-in votes, unsupervised drop boxes, and weeks-long counting periods make it easier than ever to “find” the votes needed to swing a race.

Neither the Chinese elites nor the American ones want you to be free. But the Chinese ones do at least want citizens living a longer, better, healthier, and more prosperous life. America’s can’t even manage that.