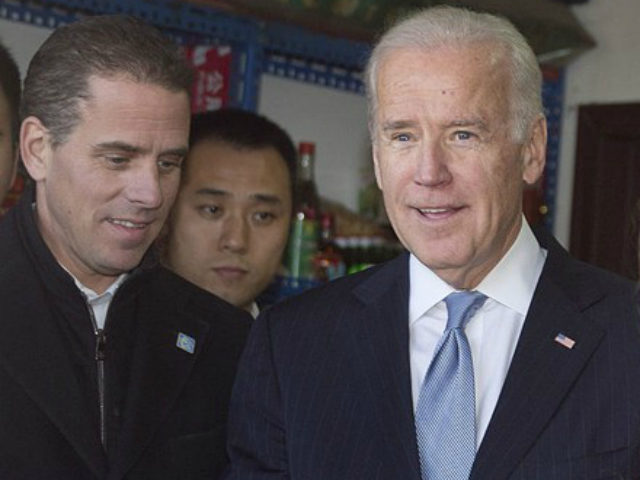 Schweizer told host Laura Ingraham it is “crystal clear” that China was “buying off” Joe Biden, a potential 2020 presidential candidate, through his son.

“In December of 2013, Hunter Biden flies on Air Force 2 to Beijing, China, with his father. His father meets with Chinese officials, he’s very soft on Beijing. The most important thing that happens happens 10 days after they return. And that’s when Hunter Biden’s small, private equity firm called Rosemont Seneca Partners gets a $1 billion private equity deal with the Chinese government, not with the Chinese corporation, with the government. And what people need to realize is Hunter Biden has no background in China, he has no background in private equity, the deal he got in the Shanghai free-trade zone, nobody else had. Goldman Sachs, Bank of America, Blackstone, nobody had this deal.”

He continued, “[I]t’s very, very clear and that’s the first of a series of deals that Hunter Biden strikes with the Chinese government, so there’s no question, when you chart what Joe Biden is doing with China, the meetings he’s having, and the deals that his sign is procuring at the same time, that they are buying off Biden through his son. I think it’s crystal clear.”

Schweizer added that “this is the tip of the iceberg” of what was “going on while Joe Biden is vice president steering foreign policy.”