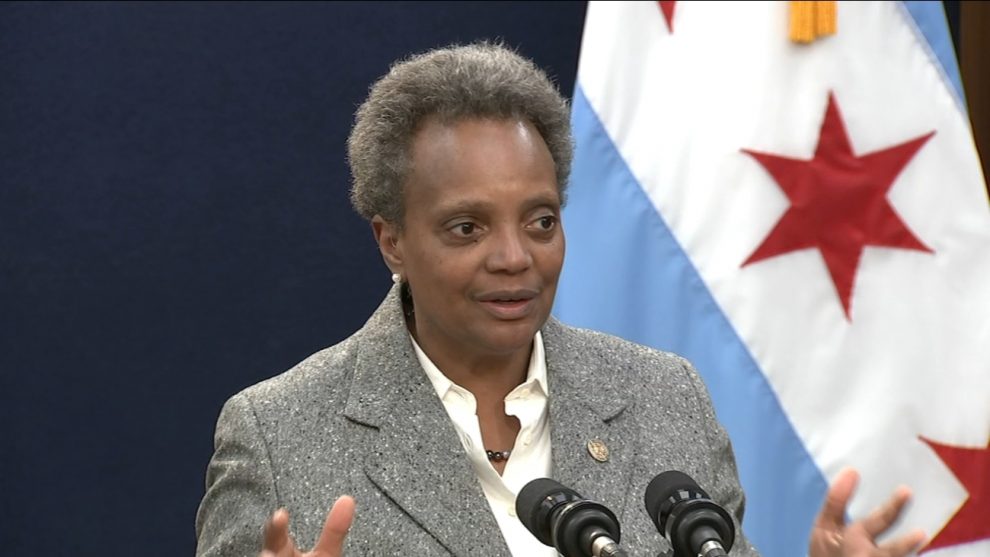 The sanctuary city of Chicago is turning zero criminal illegal aliens over to the Immigration and Customs Enforcement (ICE) agency for arrest and deportation in part thanks to Mayor Lori Lightfoot’s (D) protections for gang members and felons.

In the third quarter of 2022, city records show that none of the three ICE detainers filed with Chicago police — requesting custody of criminal illegal aliens — were honored. Likely hundreds, potentially thousands, more illegal aliens were arrested in Chicago during the period, but ICE agents have been restricted in issuing detainers by the Biden administration.

The refusal to honor any ICE detainers by Chicago officials is the result of Lightfoot’s expanded sanctuary city policy.

In February 2021, Lightfoot signed the expansion which prohibited local police from cooperating with ICE even in cases where arrested illegal aliens are in the gang database, are convicted felons, have pending criminal charges, or have outstanding warrants.

Emanuel’s sanctuary city policy was later expanded in 2016 to mandate that “city employees treat documented and undocumented immigrants with respect and dignity.”

Twitter
See also  University Removes Slave-Owning Benefactor's Name, His Family Demands Their $51 Million Back
→ What are your thoughts? ←
Scroll down to leave a comment: