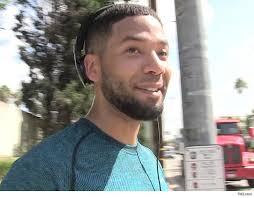 Chicago Police Superintendent Eddie Johnson said Tuesday that Empire actor Jussie Smollett is still being treated as a victim in the alleged MAGA hate crime attack, but if the investigation reveals that he made a false report, he will be held accountable. Johnson’s comments mark the first time since the controversy erupted last week that a Chicago city official has suggested that the incident could in fact be a hoax.

Additionally, police are “getting their ducks in a row” for possible interrogations, according to Fox News‘ Matt Finn.

Chicago Police say the type of rope draped around #JussieSmollett was the “small, white type you’d buy in a hardware store.” CPD not willing to comment on whether it’s obtaining the actor & manager’s phone records.

Smollett claims that his attackers made racial and anti-gay comments while using President Trump’s “MAGA” slogan during the 2 a.m. assault in frigid (-20 degree windchill) downtown Chicago. So far, no surveillance video has emerged showing the attack.