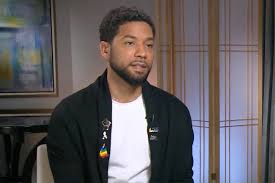 Detectives investigating the reported attack on “Empire” actor Jussie Smollett have been questioning two people of interest seen in the area at the time, including a man who has an acting role on the show, according to law enforcement sources.

The developments come as Smollett gave his first TV interview about the incident and tried to end doubt that he was attacked in Streeterville more than two weeks ago by two men who shouted slurs at him, hit him and wrapped a rope around his neck while yelling, “This is MAGA country!”

See also  Anthony Fauci Says He’ll Resign if Donald Trump Returns to Power
→ What are your thoughts? ←
Scroll down to leave a comment: