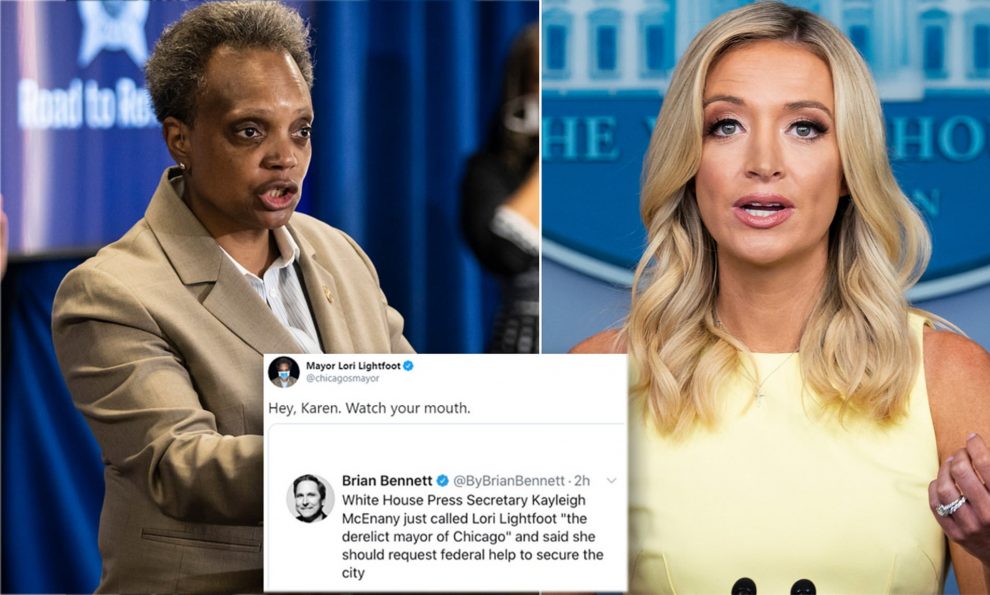 Chicago Mayor Lori Lightfoot referred to White House Press Secretary Kayleigh McEnany as a “Karen” on Thursday afternoon, using a term that some consider a racial slur against white women.

Lightfoot was responding to a comment McEnany had made in a White House press briefing earlier in the day, when she criticized the mayor for not doing enough to protect black people from killings in her city.

“I’ve listed for you the names of these kids who have died across this country,” McEnany said. “It is unacceptable, and under this President, he’ll take action. And the derelict mayor of Chicago should step up and ask for federal help because she’s doing a very poor job at securing her streets.”

Lightfoot has come under intense criticism — as had her predecessor, Rahm Emanuel — for failing to stop the violence in the city’s streets, which is concentrated in African American and Latino neighborhoods.

A leaked recording of a conference call between Lightfoot and the members of the city council in late May, as riots raged throughout the city, revealed complaints that the mayor was ignoring local neighborhoods in her effort to protect the downtown shopping district.

Mayor Lightfoot had previously responded to President Donald Trump’s controversial warning about looting: “I will code what I really want to say to Donald Trump. It’s two words: It begins with F and ends with you.”

In 2019, Lightfoot was caught on a hot mic referring to a Chicago police union official as a “clown.” 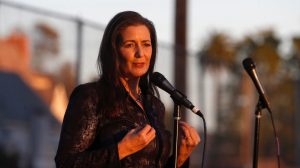 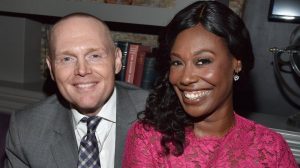