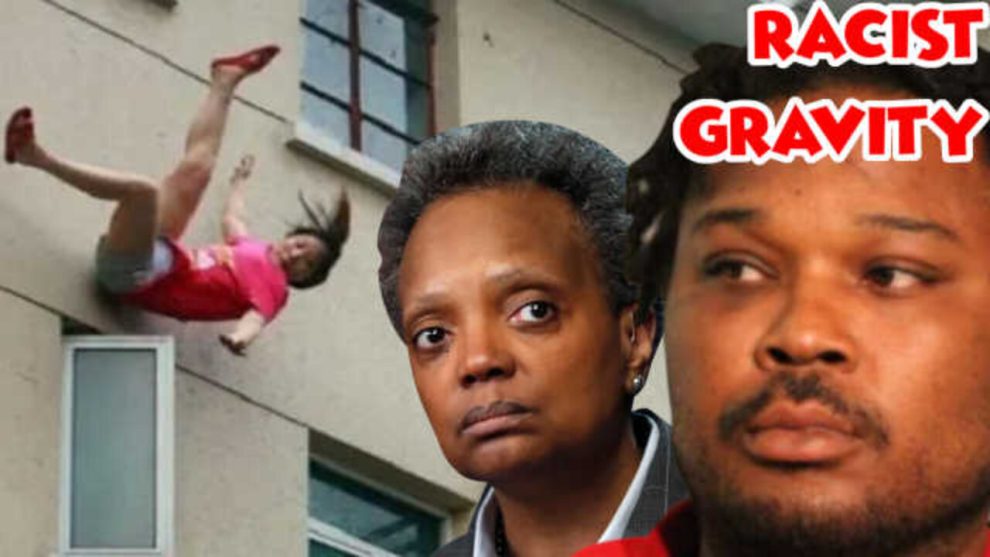 A man in Chicago’s Uptown area has been accused of throwing a naked woman to her death from an apartment window on Wednesday.

“‘I threw the b*tch out the window,’ Tyson Tillman said in a phone call from the police station, according to prosecutor James O’Connor, a comment allegedly captured on a Chicago police officer’s bodyworn camera,” CWB Chicago reported Sunday, adding the victim was identified as Tabitha Tanner.

Tillman arrived at the building on North Magnolia late that evening and his girlfriend appeared nearly 40 minutes later, O’Connor explained.

Doorbell cameras reportedly showed the man’s girlfriend in the hallway, and just before 11:00 p.m., an outside camera caught the moment Tanner’s body fell to the ground in an alleyway behind the building.

The outlet also provided a photo of the suspect in the case:

"I threw the bitch out the window."

An Uptown man allegedly hurled a naked woman from his 5th-floor apartment after his girlfriend came to his house late Tuesday, prosecutors say. Murder charge filed.https://t.co/8k1hmq7n01

Tillman, 38, was seen leaving his apartment in a red shirt moments after Tanner fell, and an exterior camera captured someone in a red shirt checking on her body at 11:03 p.m., according to O’Connor. Tillman re-entered the building at 11:11 p.m., he said.

The body was found Thursday morning, and the suspect later reportedly admitted the pair had engaged in a physical altercation inside the apartment, claiming her clothes came off at that time and the woman fell out the window.

“But investigators took Tillman in for questioning, and an officer’s bodyworn camera allegedly recorded him saying in a phone call, ‘I threw the b*tch out the window,’” the outlet added.

According to an April report, arrest rates have dropped from previous years in the city of Chicago as crime continues to plague the area.

“The rate at which CPD has been solving cases for many violent crimes is at a shocking low,” CBS Chicago stated:

Per the CWB Chicago article, the suspect was previously sentenced to prison multiple times mostly for drug-related offenses.

Now, officials have charged him with first-degree murder, and a judge ordered him held without bail.