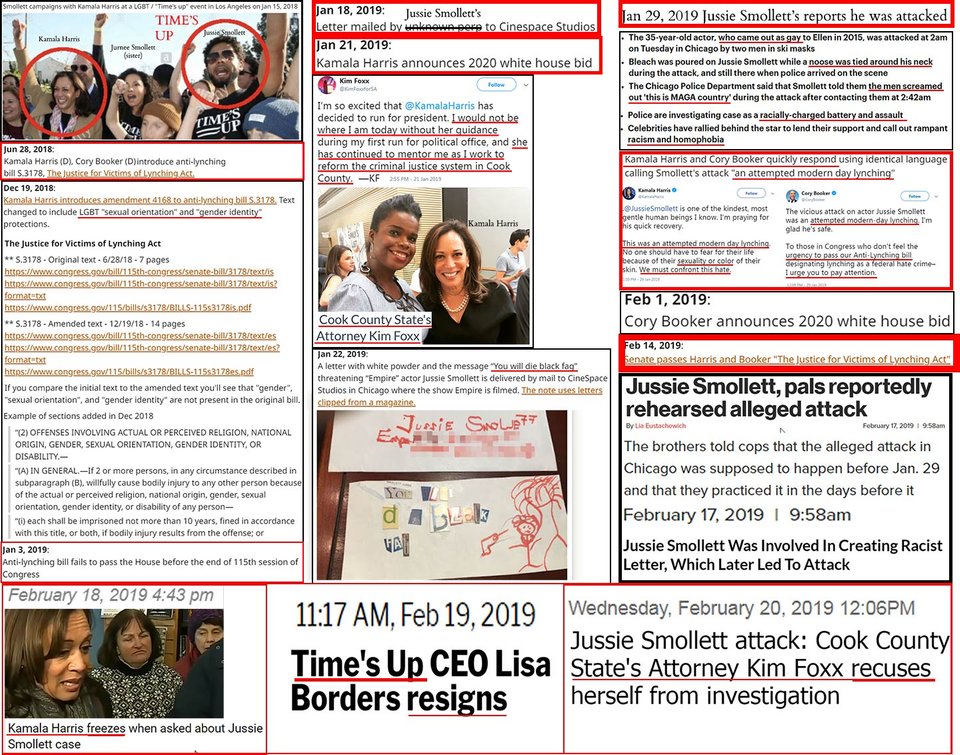 On Friday, Chicago police released a statement saying “two brothers” are being questioned about a reported attack on ‘Empire’ star Jussie Smollett. Detectives consider these brothers as “potential suspects” and have “probable cause” that they may have committed a crime.

According to the Chicago Tribune:

The statement, tweeted by police spokesman Anthony Guglielmi, did not say what charges the brothers, both in their 20s, could face. On Thursday, police were describing them only as “persons of interest” and Guglielmi emphasized then that they were not suspects.

A law enforcement source told the Tribune the two men, who are black, were brought in for questioning Wednesday night from O’Hare International Airport.

Smollett originally claimed late last month that he was attacked by two white men who shouted racial and homophobic slurs at him while they wrapped a rope around his neck and yelled, “This is MAGA country!”

Sources close to the case have told multiple news outlets that detectives are investigating the possibility that Smollett “staged the incident” with the help of the aforementioned brothers, who happen to originate from Nigeria and work with the actor on ‘Empire.’

One person who apparently has knowledge of the situation claims 2020 presidential hopeful Kamala Harris may be involved (link):

“This puppy [Jussie Smollett] is tied to Kamala. There is a chance this will come out. CPD is pissed about the situation. They had the phone records before the spreadsheet was given to them. They also had the two Nigerians from following them on video from walking to taxis, etc. They had payment records. The interview on Good Morning Americawill be damning. Detectives have been 2 steps ahead the whole time. Would suggest for people to contact their representatives to have Kamala investigated. She is involved and wish I could tell you how I know. Just contact your reps and push for them to look into this. It may help.”

But, why would Harris help Smollett stage an incident like this?

Oh, that’s right: To make Trump supporters, as well as the POTUS himself, look even more “racist” than the media already portrays them to be.

This would undoubtedly help not only her 2020 campaign, but her fellow Democratic contenders as well.

On January 29, 2019, Harris took to Twitter to condemn the attack, saying it “was an attempted modern day lynching”:

.@JussieSmollett is one of the kindest, most gentle human beings I know. I’m praying for his quick recovery.

This was an attempted modern day lynching. No one should have to fear for their life because of their sexuality or color of their skin. We must confront this hate.

So far, there has only been one post by this particular source. We’ll continue to keep an eye on it to see if they have any other potentially damning information about Kamala Harris’s alleged connection to the Jussie Smollett case.