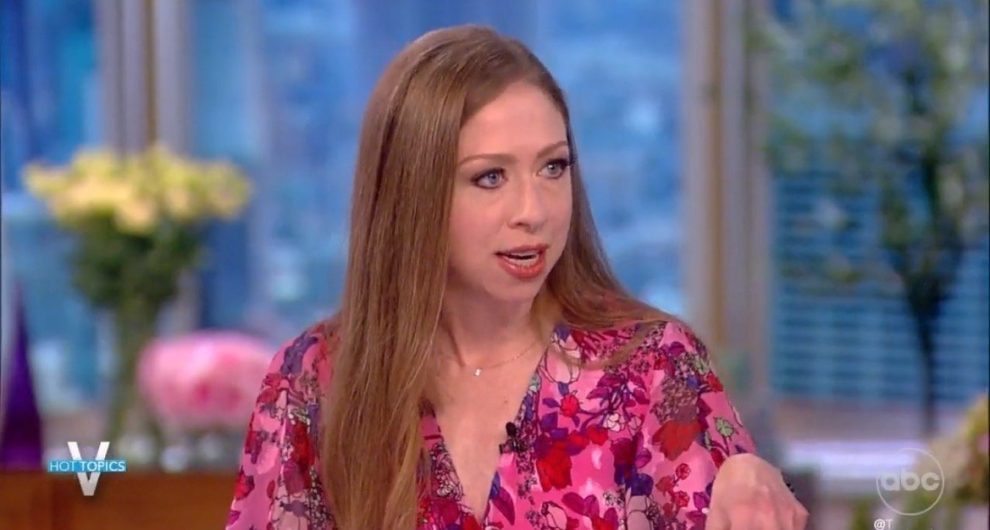 Former first daughter Chelsea Clinton said Friday on ABC’s “The View” that the Republican Party was the party of “white supremacists.”

While discussing Sen. Lindsey Graham (R-SC) announcing he will not vote to confirm Ketanji Brown Jackson to the Supreme Court, Navarro said, “I remember a couple of weeks ago when we started talking about this, I said I had some hope for Lindsey. Sunny called it right.”

Hostin said, “Ana and I have this argument all the time. I always say, why are you still a Republican?”

Navarro shot back, “Why are you still a Catholic? You don’t agree with everything about the Catholic Church.”

Hostin said, “The Catholic Church did not try to destroy democracy in this country. That’s very, very different. We’re talking about a political party that doesn’t even exist anymore.”

Hostin asked, “What was that?”

Hostin said, “White supremacists. It’s not the party you loved. It is just not.”

She added, “You’re the only non-loco in the party at this point!”

See also  Could SSRI Antidepressants Be One of the Causes Behind These Mass Shootings?
→ What are your thoughts? ←
Scroll down to leave a comment: