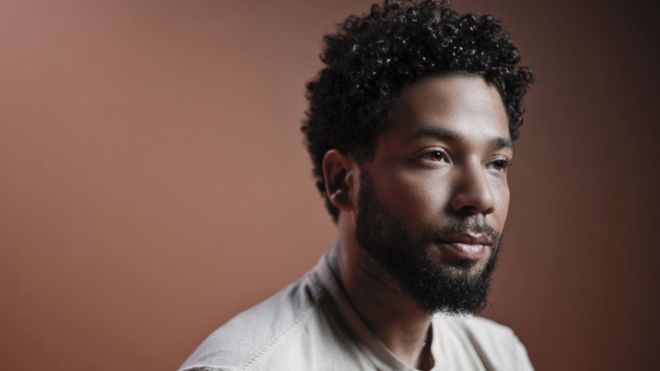 Prosecutors dropped all charges Tuesday against “Empire” star Jussie Smollett, just weeks after he was indicted on 16 counts of disorderly conduct for filing a false police report about being the victim of an alleged hate crime attack.

“After reviewing all of the facts and circumstances of the case, including Mr. Smollett’s volunteer service in the community and agreement to forfeit his bond to the City of Chicago, we believe this outcome is a just disposition and appropriate resolution to this case,” according to a statement from the office of the Cook County State’s Attorney Kim Foxx, sent to USA TODAY by her spokeswoman, Tandra Simonton.

Following a surprise hearing, Smollett and his legal team addressed a crowd of reporters in a courthouse hallway.

“I have been truthful and consistent on every single level since Day 1,” Smollett said. “It’s been an incredibly difficult time. One of the worst of my entire life…. Now I would like nothing more than to just to get back to work and get on with my life.”

Patricia Brown Holmes, one of his lawyers, said her message to Chicago police was simple: Don’t try their cases in the press. She said she doesn’t know why police and prosecutors charged Smollett.

“I have nothing to say to police except to investigate and don’t try their cases in the press,” Brown Holmes told reporters. “Don’t jump ahead and utilize the press and convict people before they’re tried in a court of law.”

Police had charged that Smollett paid two brothers $3,500 to carry out the attack in order to raise his profile and TV salary. But Brown Holmes said Smollett has long claimed the check was for nutritional supplements and training.

“That check was for exactly what Jussie said – they were his trainers,” Brown Holmes said.

Simonton did not offer an explanation of why prosecutors dropped the charges. She said the $10,000 bond money that Smollett is forfeiting will be given to the city. One of the penalties for filing a false police report, if there is a conviction, includes paying for the police costs of investigating a false crime report.

Smollett’s legal team also issued a formal statement, stressing that the charges against him were dropped, and not because of a plea deal.

“Today, all criminal charges against Jussie Smollett were dropped and his record has been wiped clean of the filing of this tragic complaint against him,” according to a statement from Smollett’s lawyers Tina Glandian and Brown Holmes. “… He was a victim who was vilified and made to appear as a perpetrator as a result of false and inappropriate remarks made to the public causing an inappropriate rush to judgement.

“Jussie and many others were hurt by these unfair and unwarranted actions,” the lawyers added, noting the case is a reminder of why “there should never be an attempt to prove a case in the court of public opinion.”

“Jussie is relieved to have this situation behind him and is very much looking forward to getting back to focusing on his family, friends and career.”

Initial reaction ranged from shock to vindication. 20th Century Fox Television and Fox Entertainment, the studio behind “Empire,” said in a joint statement: “Jussie Smollett has always maintained his innocence and we are gratified that all charges against him have been dismissed.”

Meanwhile, the show’s writers tweeted a photo of a CNN headline that read “Prosecutors drop all charges against actor Jussie Smollett” and wrote, “see y’all Wednesday. #empire #empirefox” along with a winking smiley face emoji.

The news comes after Smollett pleaded not guilty at his arraignment on March 14 on a 16-count indictment of lying to police. He has denied the charges.

Smollett, 36, told Chicago police that he was attacked in the middle of the night on Jan. 29, claiming that two masked men shouted homophobic and racist abuse at him, beat his face, threw bleach on him, hung a noose around his neck and yelled, “This is MAGA country,” a reference to President Trump’s campaign slogan.

While messages of support for Smollett from his famous friends, from presidential candidates and total strangers poured in over social media, police busied themselves watching hours of surveillance video and searching for two murky figures Smollett said were the attackers.

On Feb. 20, after a flurry of conflicting leaks from the Chicago Police Department about the status of the investigation, Smollett was charged by police with one Class 4 felony count of disorderly conduct for filing a false police report about the alleged attack.

He turned himself in early the next day, was arrested and briefly jailed, before being released on $100,000 bond.

Chicago Police Superintendent Eddie Johnson said Smollett paid bodybuilder brothers Ola Osundairo, 27, and Abel Osundairo, 25, $3,500 to stage an attack on him in order to raise his profile and his TV salary.

On the day authorities announced charges, Johnson accused the actor of smearing Chicago’s reputation and trying to “take advantage of the pain and anger of racism to promote his career.”

“I am left hanging my head asking ‘why?’ Why would anyone – especially an African-American man – use the symbolism of a noose to make false accusations,” Johnson told reporters at a press conference. “Bogus police reports cause real harm. They do harm to every legitimate victim who is in need of support by police and investigators as well as the citizens of this city. … I’m offended by what happened and I am also angry.”

Chicago Police said Johnson was not available for comment on the charges being dropped.