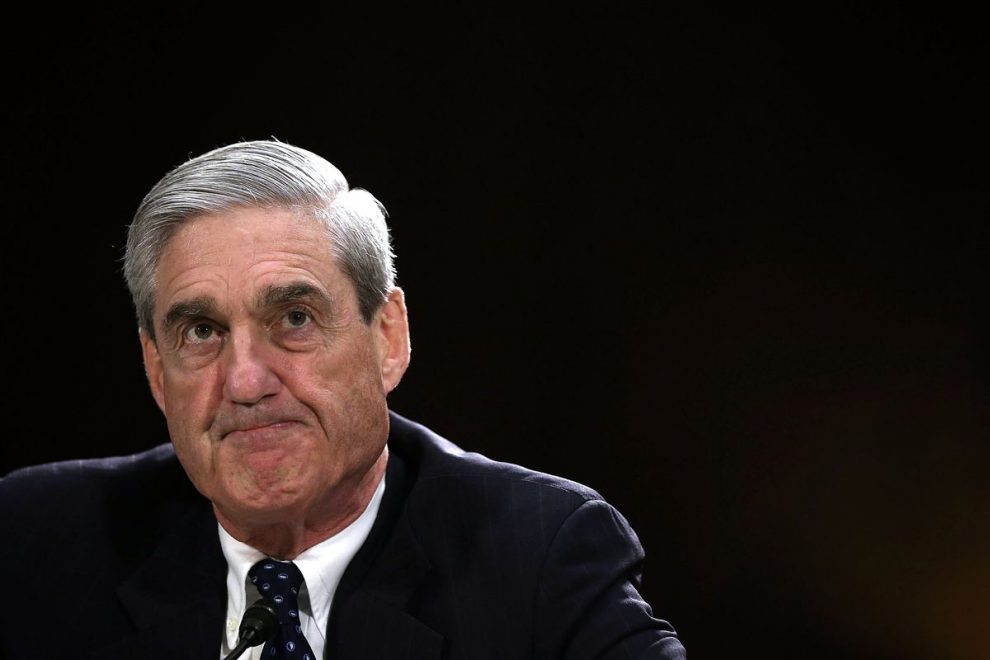 For nearly two years, the nation watched and waited as special counsel Robert Mueller investigated President Donald Trump and his campaign for potential collusion with Russia and obstruction of justice.

The release of a redacted version of Mueller’s 448-page report last month offered a long-awaited moment of closure for many — and an utterly unsatisfying cliffhanger for plenty of others.

Three weeks of public parsing and analysis have left them wondering just what Mueller was trying to say and what he really thinks, particularly on the question of obstruction, where the document drew no conclusion. That uncertainty has given partisans on both sides an opening to frame Mueller’s findings to their liking and left many Americans, unlikely to read the full report, scratching their heads about what to believe and whom to trust.

Melissa Garcia, a 29-year-old health counselor, pauses outside a restaurant in Quakertown, Pennsylvania, to compare the two-volume Mueller report to the kind of “terms and conditions” legalese that most consumers skip right over. She’d love a “CliffsNotes version” from Mueller himself.

“I would just ask him to sum it up because he knows it the best. I’d want the shorthand version but the most important details,” says Garcia, an independent who supported Hillary Clinton in 2016.

Republican Becky McBreen, a 58-year-old Trump voter from Schuylkill Haven, Pennsylvania, who works at an aluminum company, says she’d like to ask Mueller: “Leaving out the political bias, do you, in your heart of hearts, truly think that Trump colluded with Russia to sabotage Hillary?” (The report did not find a criminal conspiracy between Russia and the Trump campaign.)

Democrat Adam Singer, a 52-year-old e-commerce worker who was running errands in Miami Beach, Florida, says he’s eager for Mueller to “get up publicly on television and give his take on the report.”

“I don’t believe we have been told the whole story,” Singer says.

It’s not just ordinary Americans who are craving clarity.

Having pored over the report once, Rep. Debbie Dingell, D-Mich., is now on her second reading of it. And she still has questions.

Richard Ben-Veniste, who served as one of the lead prosecutors on the Watergate investigation, says Mueller “probably could have been clearer.”

“It would certainly be in the public interest for Robert Mueller to answer questions, clarify and expound upon his investigation and his report,” says Ben-Veniste.

David Kendall represented President Bill Clinton during the Monica Lewinsky investigation and currently represents the Clintons. He goes further in a Washington Post opinion piece and says Mueller made a “massive flinch” in declining to draw a conclusion on obstruction.

Absent a firm answer from the special counsel himself, plenty of others — including Trump — have stepped forward to act as interpreters of the oracle.

In a letter summarizing the report before its release, Attorney General William Barr declared he did not believe the evidence was sufficient to prove that Trump had obstructed justice.

Trump, no fan of the special counsel, this past week called Mueller’s report “the Bible” and inaccurately claimed it was “totally exonerating.”

Hundreds of former federal prosecutors, on the other hand, signed on to an open letter concluding that Mueller’s report shows Trump would have been charged with obstruction if he were anyone other than the president.

Jacob Frenkel, a former federal prosecutor, sees a case for impeachment in what he describes as Mueller’s “clear and comprehensive report.” He puts the blame for any confusion on those engaged in “politics and prejudgment.”

Likewise, Democratic Rep. Adam Schiff of California, chairman of the House Intelligence Committee, blames Barr for creating “deliberate confusion” about Mueller’s findings by misrepresenting his “very precise” report. Even so, Schiff says he, too, would like to hear directly from Mueller.

So far, Mueller has largely let the report speak for itself and left the chattering class to provide the commentary.

He did send Barr a letter in March complaining about how Barr had summarized the report’s key findings, writing that he had left “public confusion about critical aspects of the results of our investigation.”

Beyond that, though, all the public has gotten of Mueller in the past few weeks is fleeting glimpses of him exiting a Georgetown tavern, walking into church on Easter Sunday, driving to his office.

Democrats on Capitol Hill are pushing for Mueller, who is still an employee of the Justice Department, to testify before the House Judiciary Committee but that’s up in the air. Trump has both said that Mueller shouldn’t testify and that it’s up to Barr to decide. Barr himself has said he wouldn’t object. But hopes that Mueller would testify this coming week appear to have faded as behind-the-scenes talks drag on.

If the Justice Department tries to block Mueller’s testimony, Democrats could issue a subpoena to try to compel his appearance.

In the meantime, plenty of people are itching to get a firsthand fill from Mueller.

Without that, “it’s almost like going off of hearsay,” says Michelle Martin, a 48-year-old physician’s assistant from Round Rock, Texas. “You have to have the facts to make an educated opinion.”

Attorney Frenkel, though, warns people shouldn’t get their hopes up too high even if Mueller does testify.

“The speechmaking and agenda-driven questioning on both sides, unfortunately, will leave few satisfied if the special counsel testifies before Congress,” he wrote in an email. “Mr. Mueller testifying may wrap up a few issues but will do little to curtail the debate.”