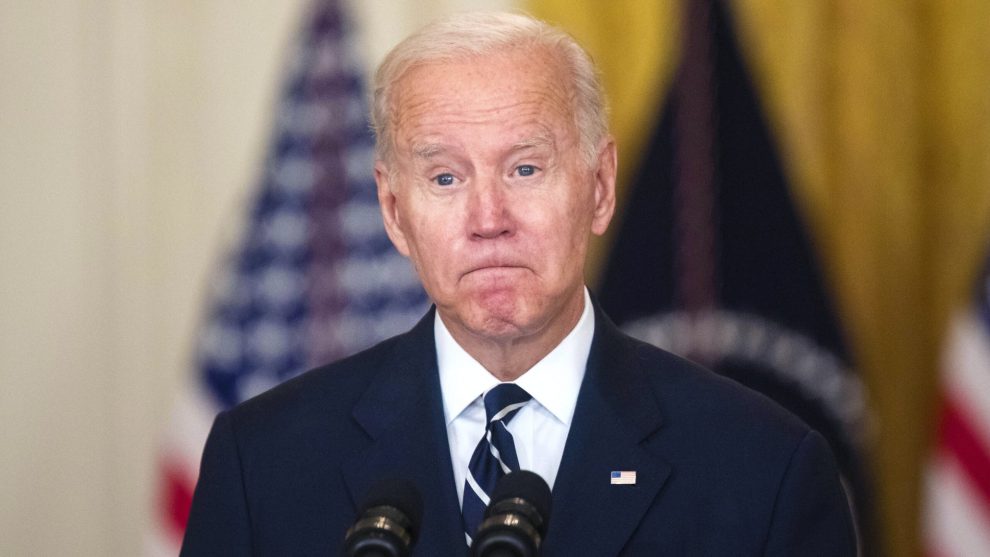 To the surprise of no one with any knowledge of history, most especially the Jimmy Carter era, the risk of a recession just jumped to 35 percent, according to Goldman Sachs:

Goldman Sachs has downgraded its forecast for US economic growth in 2022. It now sees little to no growth during the first three months of the year.

Goldman’s economists, led by Jan Hatzius, said the chance of a recession in the United States over the next year has risen as high as 35%.

“Rising commodity prices will likely result in a drag on consumer spending, as households — and lower-income households in particular — are forced to spend a larger share of income on food and gas,” they told clients on Thursday.

Even before the Russian invasion of Ukraine, I’d been predicting a recession. You cannot have this kind of inflation, especially with energy prices, and expect the economy to grow. For the Biden-impaired, allow me to explain…

Prices go up. People stop spending money. Fewer goods and purchases are made. The economy doesn’t grow. It really is that simple.

Here’s the spin from the same White House that lied to us about inflation being transitory: “In an interview on CNBC Thursday, Treasury Secretary Janet Yellen emphasized that the job market remains very strong and American households are in ‘good financial shape.’”

But what happens to the job market when people stop purchasing goods and services?

Goldman Sachs isn’t the only outfit fearing a recession. Moody’s chief economist recently wrote, “There is the growing threat that rising inflation will overwhelm the nation’s strong economic recovery, resulting in a recession.”

As someone who remembers the 1970s, the déjà vu is overwhelming.

Other than the gas lines, my most vivid memory is the unsettling shock people experienced at the sudden price spikes. Every day, you’d pass a gas station or supermarket and see the prices jump.

Thankfully, at least not yet, there are no gas lines, but the price jumps have returned with a vengeance.

And it’s not just the increased cost that worries people; even more so, it’s the instability, the feeling that something is terribly, terribly wrong. Above all, people crave stability. Stability is the foundation of what makes America America.

Listen, I’m, no millionaire, but I make a pretty good living and had some projects in mind… I was thinking of remodeling a bathroom, installing new carpeting, taking a couple long camping trips… Now, I’m not so sure. The coronavirus didn’t stop me from doing anything, including travel, but the inflation is giving me a wait-and-see attitude.

Everything feels like it’s in flux, is up in the air, and most definitely not under control. In that situation your instincts tell you to freeze in place, hunker, and wait it out.

Just the other day, I did some grocery shopping and was startled to see what inflation had done to prices tin just a few weeks. Five dozen eggs jumped from $5.00 top $7.50. A sleeve of hamburger patties jumped from $10.50 to $12.75. Don’t even get me started on gas prices.

U.S. inflation hit a 40 year high in November, worrying news for the Federal Reserve and the Biden White House. https://t.co/2g9tKCA6VF

It’s all so unnerving.

Sadly, it’s also unnecessary and deliberately inflicted on us by His Fraudulency Joe Biden. All Biden has to do to offer the American people some relief, especially the working class and poor, is restart the Keystone Pipeline and encourage domestic energy exploration. He could do that tomorrow and because the cost of energy affects the cost of everything, the difference would be felt throughout the economy.

But Biden won’t do that because he has no empathy for everyday people.