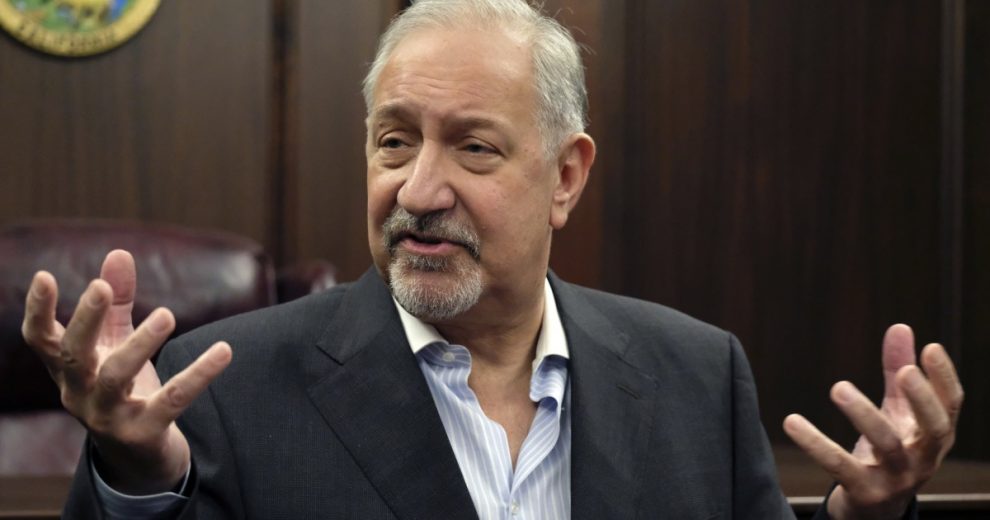 Celebrity attorney Mark Geragos raged against CNN and threatened to tell all after the network dropped him in light of his alleged involvement in the Nike extortion plot.

On Tuesday, the network announced it was parting ways with the longtime legal contributor.

“God forbid that I start telling some of the stories for how I’ve covered for that lame-ass organization,” Geragos railed on “The Adam Carolla Show” on Tuesday.

The split came a day after Geragos was revealed as Michael Avenatti’s co-conspirator in an alleged scheme to extort $20 million from Nike.

Geragos — who represented Michael Jackson and whose current clients include Jussie Smollett and Seagram’s heiress Clare Bronfman in the Nxivm sex cult case — claims he’d been a CNN contributor for two decades.

“They ought to change their name to the ‘Cut and Run Network,’” Geragos told Carolla. “I’ve been texted by all of their anchors who are as outraged as I am that after 20 years, a press conference is enough to have them immediately want to disassociate themselves.”

The 61-year-old is not named in the complaint, but sources identified him to the Wall Street Journal as “CC-1” — who allegedly joined Avenatti in trying to shake down Nike for $20 million.

Geragos is not charged with a crime.

See also  Democratic Congressman Henry Cuellar Slams AOC and the Biden Administration
→ What are your thoughts? ←
Scroll down to leave a comment: