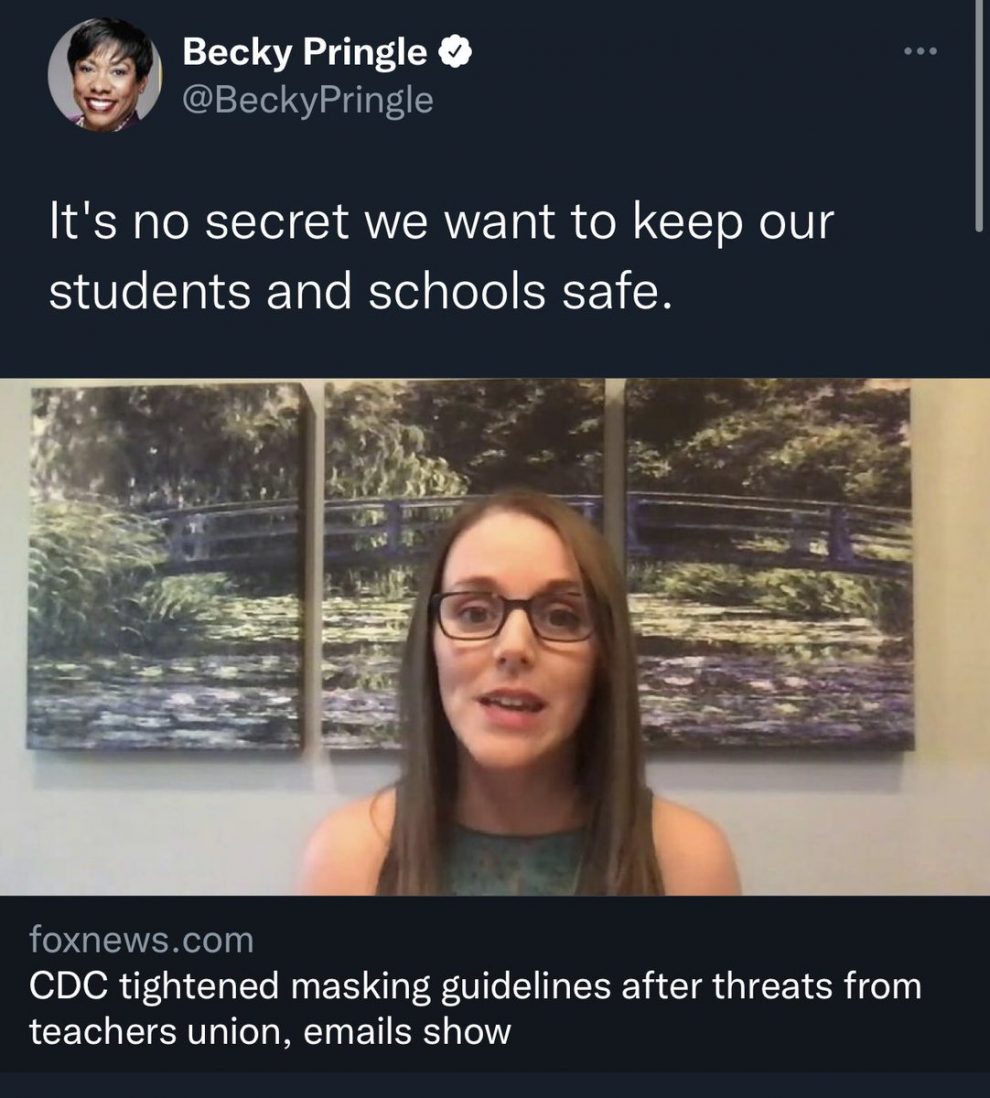 The National Education Association sent a draft statement to White House officials that included harsh criticism of the Centers for Disease Control and Prevention’s masking guidance, the emails show. But the teachers union ultimately published a version with a much softer tone, and the CDC clarified its guidance to indicate that everyone should be masked in schools, regardless of vaccination status.

The new emails show further coordination between the White House and teachers unions just months after reports highlighted the extent the unions had influenced the administration’s messaging on school reopenings. The watchdog group Americans for Public Trust obtained the emails through a Freedom of Information Act request and provided them to Fox News.

The CDC announced on May 13 that fully vaccinated Americans could stop wearing masks indoors and outside, which sparked confusion about how this policy would apply to schools.

One day later, on May 14, Erika Dinkel-Smith, the White House director of labor engagement, said she stopped the NEA from releasing a critical statement that had called for immediate clarification.

“Would you know when Dr. Wolensky would be able to call NEA-Pres. Becky Pringle?” Dinkel-Smith wrote in the email. “They’ve gotten significant incoming and are getting targeted for a response from the media. I’ve gotten them to hold on their statement calling for clarification.” 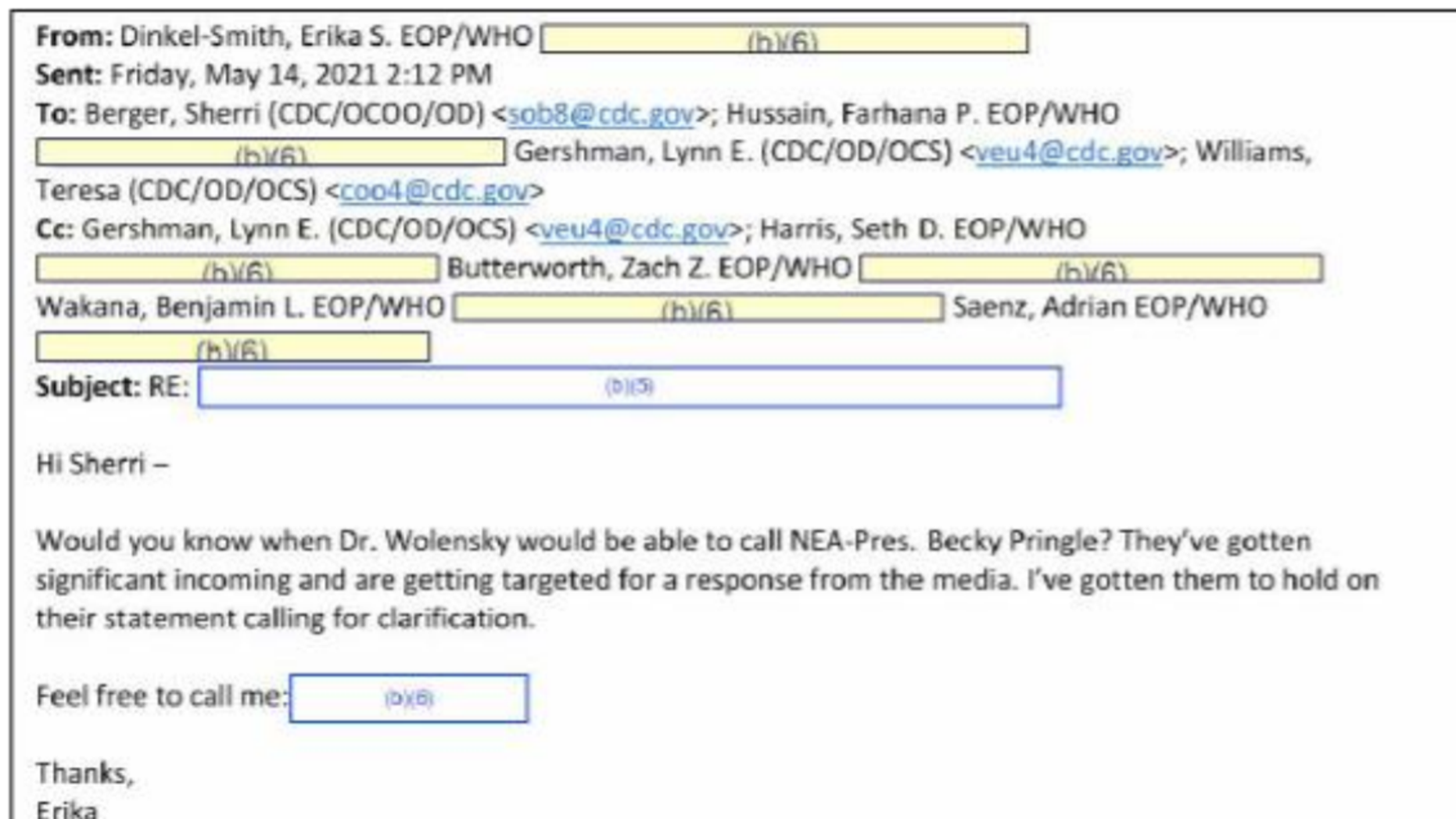 That same day, Dinkel-Smith received the NEA’s draft statement, allowing them to weigh in on it.

“We appreciate the developing nature of the science and its implications for guidance, but releasing the guidance without accompanying school-related updates creates confusion and fuels the internal politicization of this basic health and safety issue,” the draft statement read. “CDC has consistently said, and studies support, that mitigation measures, including to protect the most vulnerable, remain necessary in schools and institutions of higher education – particularly because no elementary or middle school students, and few high school students, have been vaccinated.”

“This will also make it hard for school boards and leaders of institutions of higher education to do the right thing by maintaining mitigation measures,” it continued. “We need CDC clarification right away.” 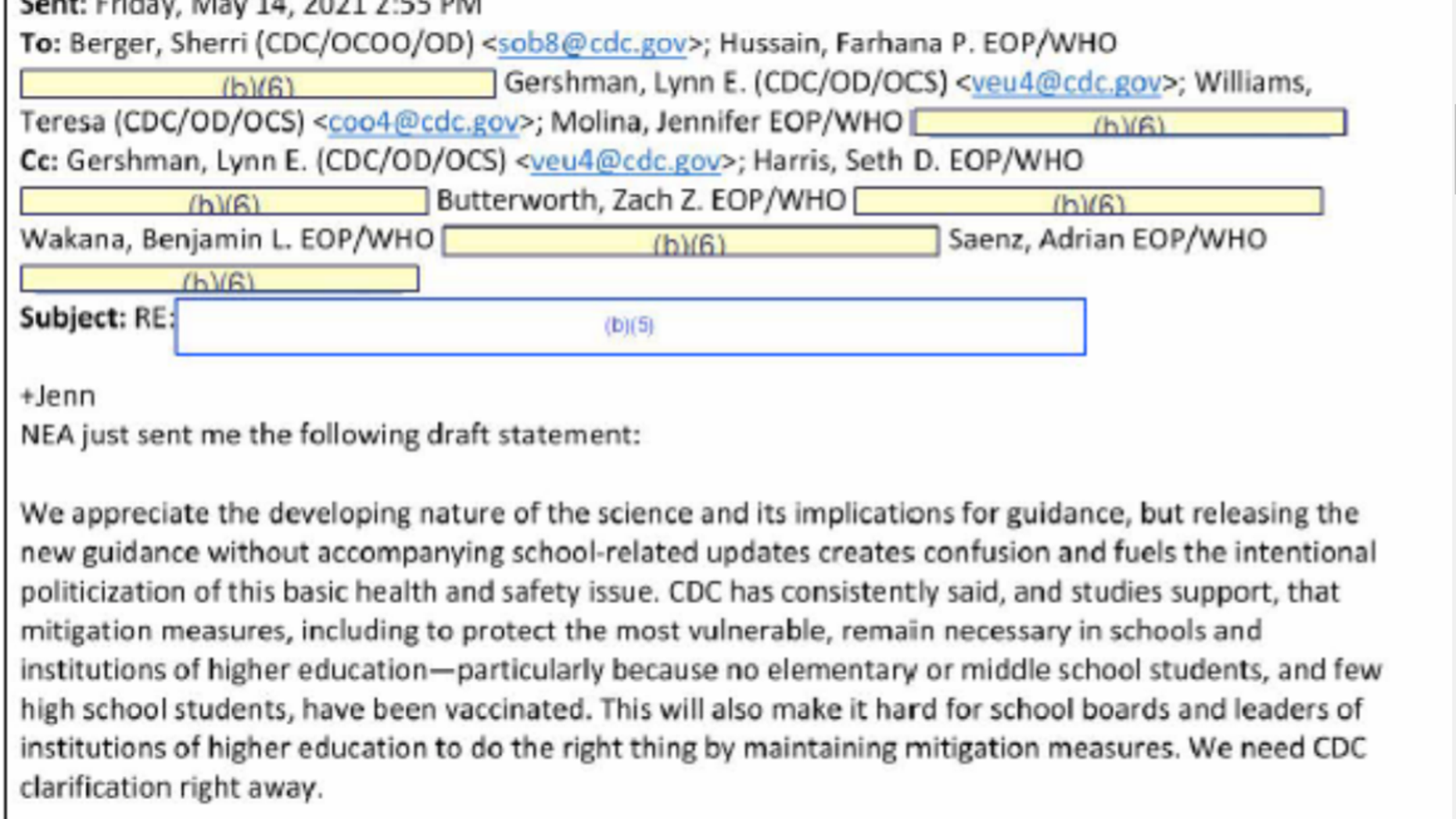 Following discussion and coordination with the Biden White House, the NEA released a statement with a much less critical tone.

The emails also show the White House and the CDC had extensive contact with union leadership.

On May 14, Dinkel-Smith asked CDC chief of staff Sherri Berger to connect NEA President Becky Pringle with the CDC director. Berger responded to the request by writing “will do” and that the CDC director was “connecting w/ Becky now.” 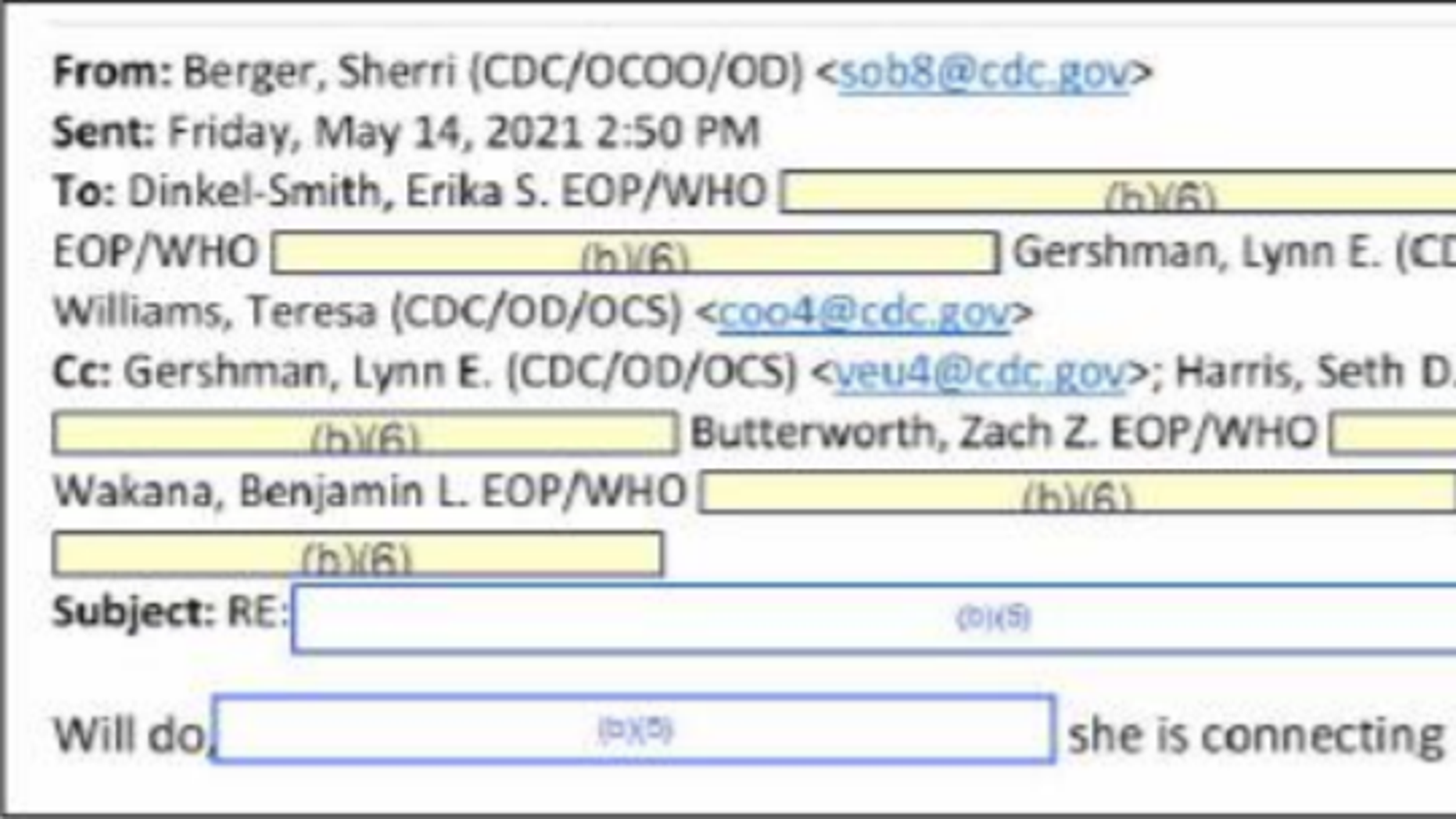 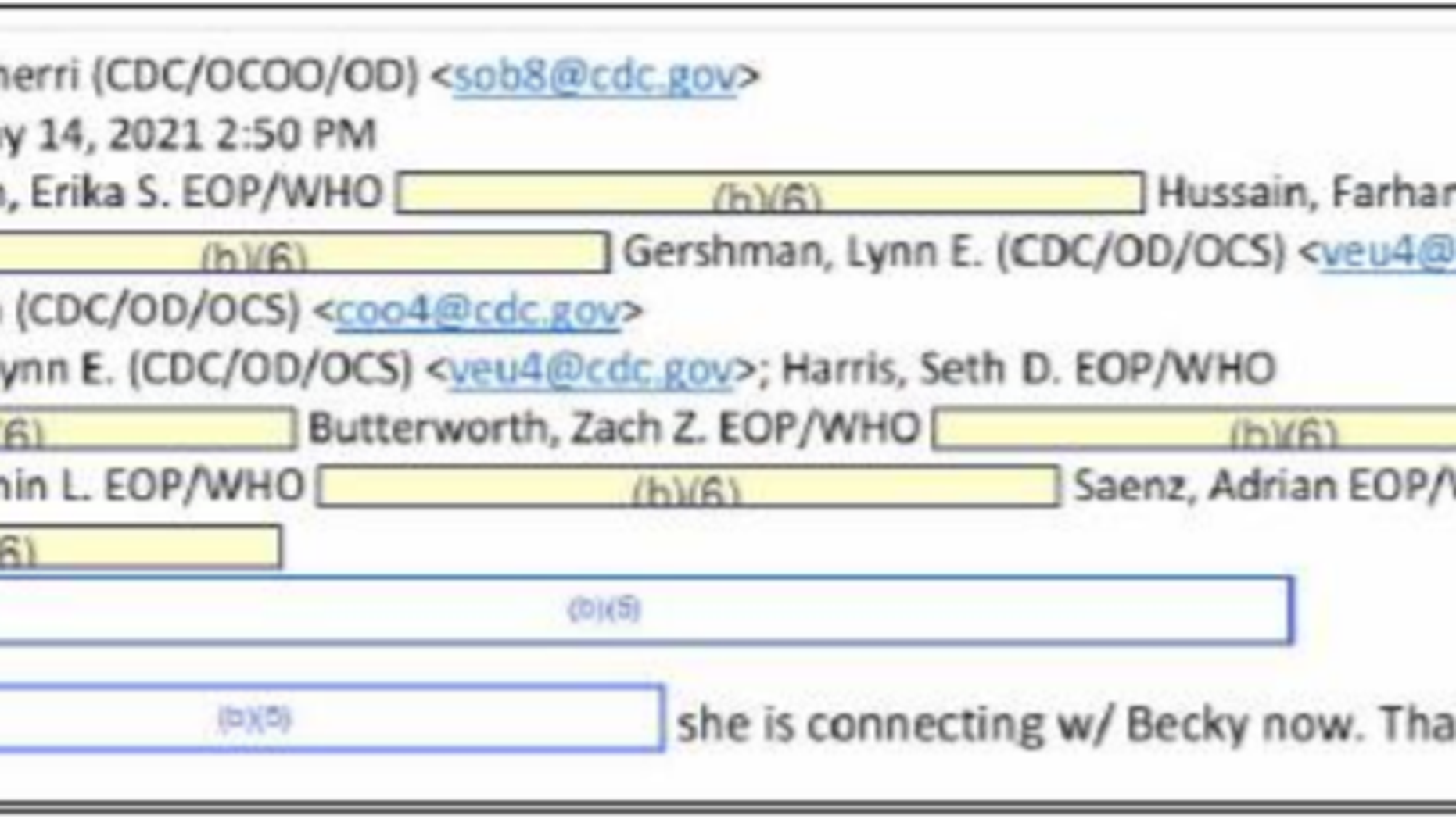 Less than 30 minutes later, Berger sent an update saying she had spoken with Pringle and Randi Weingarten, president of the American Federation of Teachers. 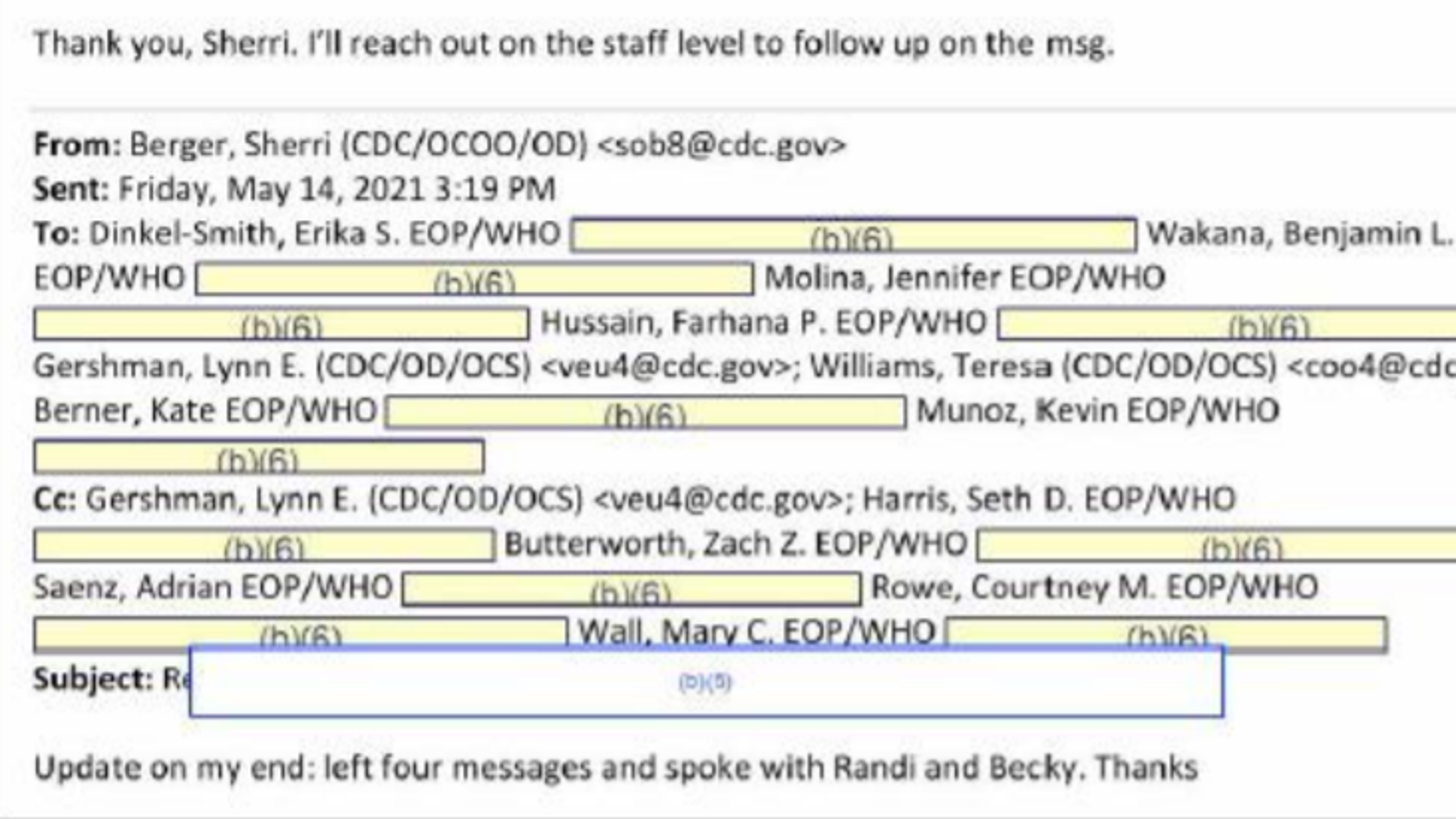 The next day, on May 15, the CDC updated its masking guidance to indicate that all people should wear a mask at school regardless of vaccination status.

“This batch of emails came just weeks after we already exposed the teachers unions influenced the CDC on school openings,” Americans for Public Trust Executive Director Caitlin Sutherland told Fox News. “Lo and behold, less than two weeks later, they’re at it again, but this time in relation to mask guidance.”

In at least two instances, suggestions offered by the American Federation of Teachers were “adopted nearly verbatim” in the final text of a CDC document on reopening guidance released in February, according to the Post.

The White House and NEA did not respond to a Fox News request for comment.