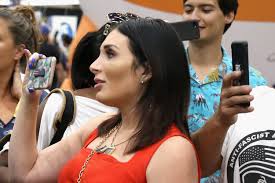 In a recent interview, CBS News Foreign Correspondent Lara Logan critiqued the international “liberal” media while holding up outlets like Breitbart as the opposite side of the coin.

Logan spoke to retired Navy SEAL Mike Ritland about a variety of topics on Friday for his Mike Drop podcast (h/t Breitbart), and the conversation eventually turned towards her agreement with Ritland that “the media everywhere is mostly liberal, not just the U.S.” As Logan lamented that voter registration among journalists shows that the media is out of balance, she came with a metaphor to explain how she believes the press is tinged by the sameness of opinion.

Logan continued by saying President Donald Trump‘s press coverage is a case in point of how the media produces a “distortion” by boiling things down so that “there’s no grey. It’s all one way.”

See also  SpaceX Flight Attendant Accused Elon Musk of Sexual Harassment
→ What are your thoughts? ←
Scroll down to leave a comment: