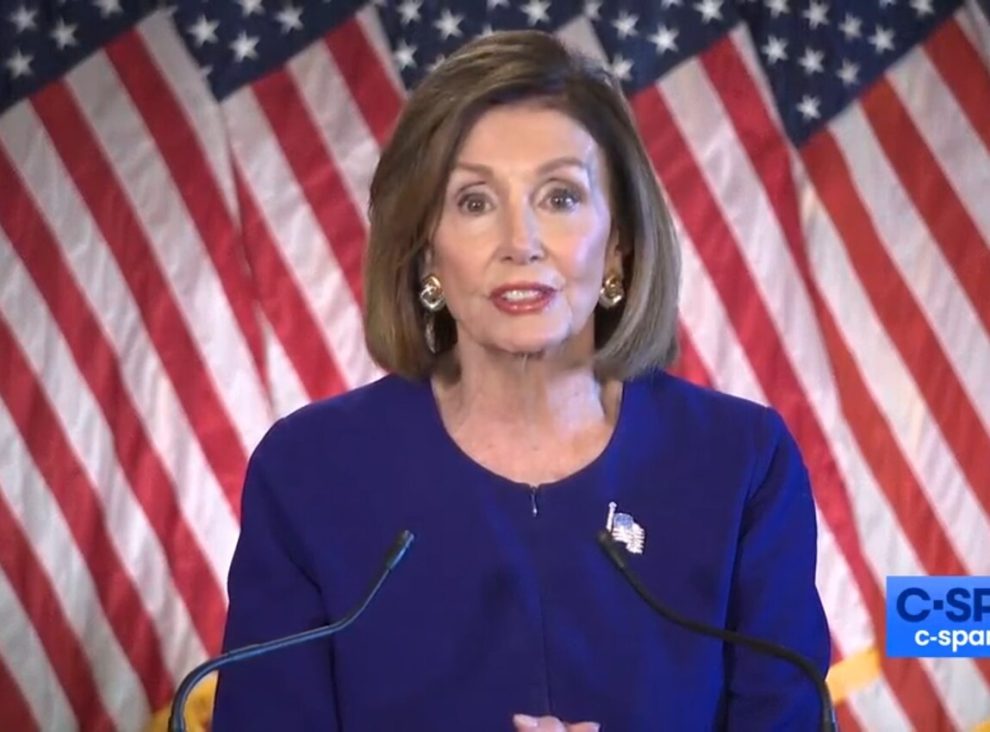 The attack on Paul Pelosi, House Speaker Nancy Pelosi’s husband, has dominated the news the last few days. Questions still remain about how David DePape, a nudist protester with a convoluted political history, got inside the house, but what appears fairly clear is that the assailant had a drug-induced psychotic break.

Naturally, though, the easy answer isn’t the one the left wants. Instead, they want to pretend that Minority Leader Kevin McCarthy making a joke a year ago is what actually “radicalized” DePape because everything must be stupid.

CBC News anchor Margaret Brennan toed that line on Sunday, losing her mind because the GOP refuses to concede the election to Democrats nine days before the mid-terms.

.@TomEmmer calls out the media for trying to blame Republican rhetoric for the Paul Pelosi attack.

If you watch the clip, Brennan attempts to connect normal Republican election rhetoric to the attack on Paul Pelosi, asking why the GOP is still running ads tying going after Nancy Pelosi. That despite the fact that even the authorities have stated they have not ascertained a motive for the crime yet.

NRCC Chair Tom Emmer was having none of it. He pushed back effectively, noting that such a standard has never applied to Democrats. He’s right, of course. Someone tried to assassinate Brett Kavanaugh over the summer (that person is now charged with attempted murder). Not a single mainstream media figure demanded Democrats stop running attack ads on the Supreme Court and abortion. When Lee Zeldin was tackled and nearly stabbed in July, not one journalist asked Democrats to take down their attack ads against him. I could keep going with the examples, but you get the idea.

Brennan and her cohorts have only decided that campaigning is bad in this instance because they think they can shame Republicans into giving up a sure victory. Hysterically, the CBS News anchor actually suggests that the GOP has run too many ads that “mention Speaker Pelosi by name,” as if that’s unusual or out-of-bounds. How many ads have mentioned Donald Trump this cycle? I’ve never seen Brennan complain about that. Hysterically, at the end of the clip, she demands the NRCC actually take down tweets they’ve made that question Pelosi’s tenure.

What she’s asking for is patently absurd. If someone is the Speaker of the House, they will be mentioned in ads. That is not inciting violence against her or her husband, and Brennan can go jump in a lake. The GOP is cruising right now, and they are not going to let off the gas to make some hacks in the beltway media happy. The NRCC should up the ads attacking Pelosi. They should go full bore until the final whistle because they owe the hypocrites in news industry absolutely nothing.