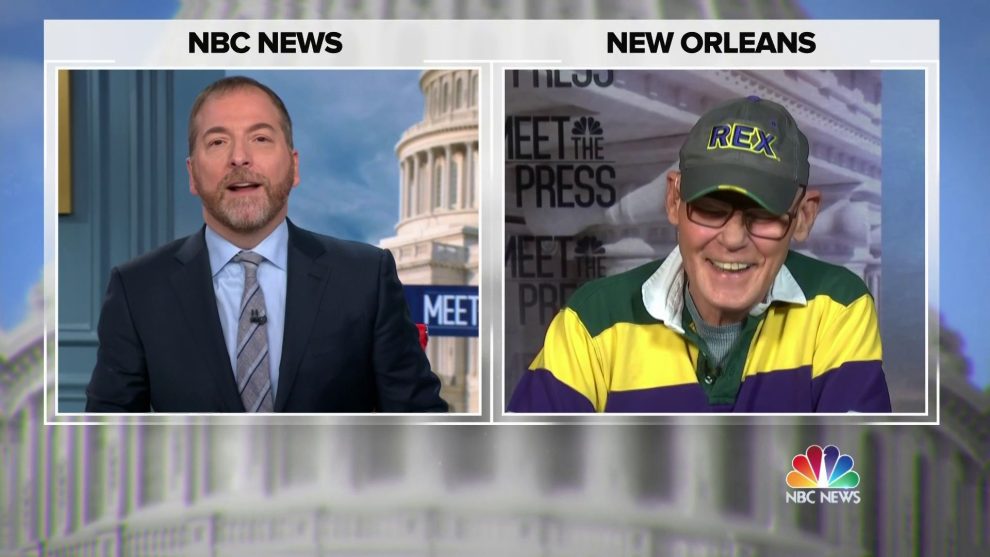 Democratic strategist James Carville said Tuesday on MSNBC’s “The Beat” that “weirdos” are “becoming a majority” in the Republican Party.

When asked about Mitch McConnell, Carville said, “Of course, this party, about a third of them are puling for Russia. Yes, he wants people that will be compliant to his worldview, which is tax cuts for the richest people in the world and tax poor people, which isn’t a very smart idea. But the problem is they are a weird political party. They need to be branded as such. These 26 QAnon people, alright, that’s not necessarily the extreme. These are people that talk about testicle tanning. These are people who go to Hungary for conferences. These are not normal — by in large, a large part of the Republican Party is just out and out weird. When you have Moscow Mitch saying we need more sane people, that means you have a lot of really crazy people.”

He continued, “The weirdos they are becoming a majority. You look at their commentators. They are out actually pulling for Russia. You look at Rick Scott’s tax plan. He wants to tax another 75 million people. He wants to tax the hotel maids. They don’t pay enough. Their life is too easy. Workers in nursing home facilities, they need to pay taxes more. That’s a really strange stuff here. We’re getting into some version when I was a kid. You’re too young to remember this, but ‘The Twilight Zone.’ They are out there in the ‘Twilight Zone’ somewhere.”