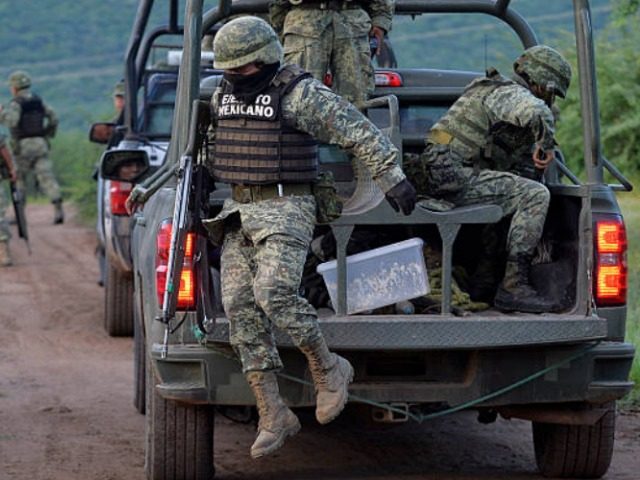 An ambush by gunmen from a faction of Los Zetas killed one Mexican soldier and injured two others in Nuevo Laredo. Three attackers working for a convicted terrorist also died in the incident just south of Laredo, Texas.

Mexican military officials have not released any information on the attack, however unofficial sources with direct knowledge revealed to Breitbart News the attack took place along the highway that connects Nuevo Laredo and Monterrey. Moving in various SUVs, a team of gunmen with the Cartel Del Noreste (CDN) faction of Los Zetas attacked a convoy of soldiers patrolling the streets of Nuevo Laredo. The shooters killed one army lieutenant and injured two others.

See also  San Francisco Bishop Bans Pelosi From Communion
→ What are your thoughts? ←
Scroll down to leave a comment: