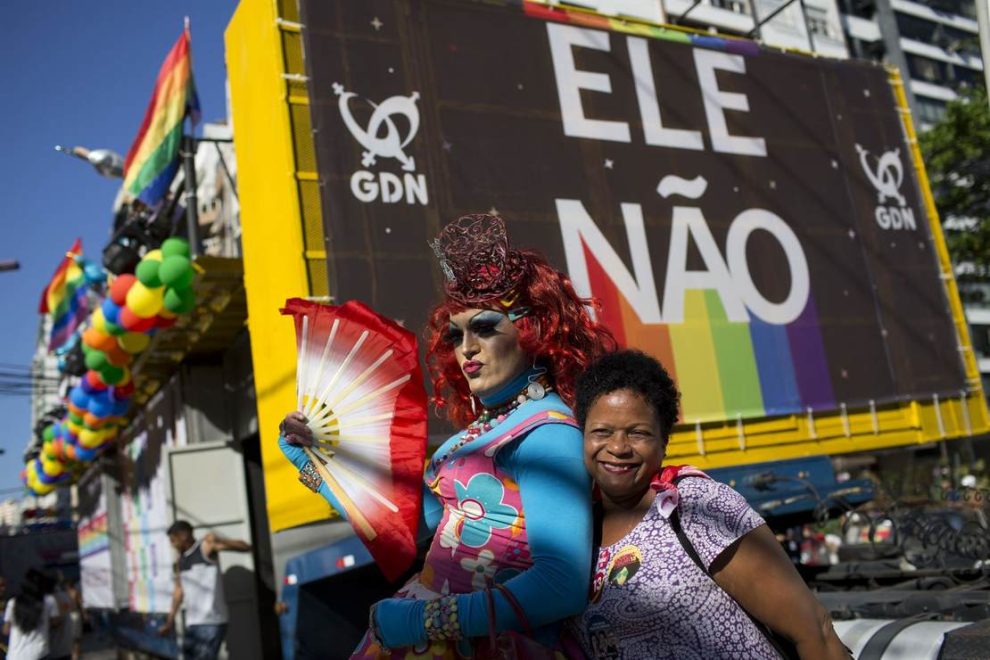 I was performing at a multi-stage venue about a year ago, with stand-up comedy in one showroom and a drag show in the other. (I was doing stand-up, wise-a**.)

The drag queens decided they hadn’t had enough attention at their own show and pushed their way onto the comedy stage. The venue owner allowed them to do one number. For those who haven’t seen a drag show, grown men in dresses danced and lip-synched a song (probably by Cher). Then they harassed audience members for $1 bills. Some people cheered, and I don’t get it.

Even when I was a New York City lib, I didn’t get the appeal of needy men with duct tuck tape and eyeliner gyrating to jock jams.

To be fair, there are different “levels” of drag. Frank Marino has made a very successful career doing impressions of Joan Rivers in Las Vegas.

FACT-O-RAMA! Joan Rivers sued Marino for $5 million over copyright infringement (Marino was using Rivers’ jokes, a total no-no in showbiz). The two settled out of court and became friends.

Most drag queens lip-synch (a step lower than karaoke) and dance onstage, occasionally going into the crowd to give lap dances to unsuspecting middle-aged white men and women, then aggressively demanding tips for their “performance.”

TRUTH BOMB-O-RAMA! I’ve been a comedian for 33 years. On the showbiz scale, lip-synching drag queens rank just above minor-league baseball team mascots (yes, those people think they are in showbiz) and just below “tribute” bands. Don’t get me started on cumberbund-clad wedding DJs.

For years, drag shows could only be found at night in liberal cities like San Francisco and the Big Apple. Thanks to TV programs like “RuPaul’s Drag Race,” even small-ish towns now have “drag queen” brunch shows. What goes better with bottomless mimosas than attention-starved men in thongs doing splits?

Holy burrito supreme, Batman! Even Taco Bell is getting in on the drag brunch craze.

Call me a heterosexual, but why not just go to a burlesque show and watch real women — like my old friend Buttercup Delight (warning: graphic) — dance suggestively?

Drag queens make a lot of money pretending to be women. If people want to pay to watch men gyrate their padded hips, that’s their business, but why are drag queens suddenly reading stories to young kids at libraries and schools? Lately, we’ve seen “family” drag shows, where young kids watch thrusting, half-naked men pretend to be women. This looks like grooming to me, yet some parents can’t wait to introduce their children to men who twerk for a living.

As a comedian, I can assure you there is nothing worse than seeing kids in the crowd. I cringed last weekend when I was performing at a VFW fundraiser and someone brought their nine-year-old to watch. He was escorted out when the comedian before me started telling jokes about her husband’s jock itch.

In the video below, check out the neon sign on the wall where a kid hands money to a needy man dancing in leather. The real problem here isn’t the drag queens: it’s the parents who need to prove how “woke” they are by bringing their kids to these “performances” and giving them money to hand to the trannies.

This is a drag queen show for kids called "DRAG kids to pride" at a gay bar in Texas.

While the crossdressers danced for the kids, the kids were encouraged to hand them dollar bills.

Then, they brought the kids on stage to "walk the runway" with them.

People brought their kids to see this next drag queen dance (poorly). Little did the lib parents realize he is an alleged pedophile, charged with 25 counts of child pornography.

I’ll never understand the allure of a drag show. Even more inconceivable are the parents—desperate to prove their progressive bonafides and show the other mommies how “cool” they are—who bring their kids to see hug-deprived men dressed as peacocks.

The good news is that some drag queens get it, like this one below. Drag shows aren’t for kids. If adults want to throw money at men in lipstick, have at it, but leave those kids alone.