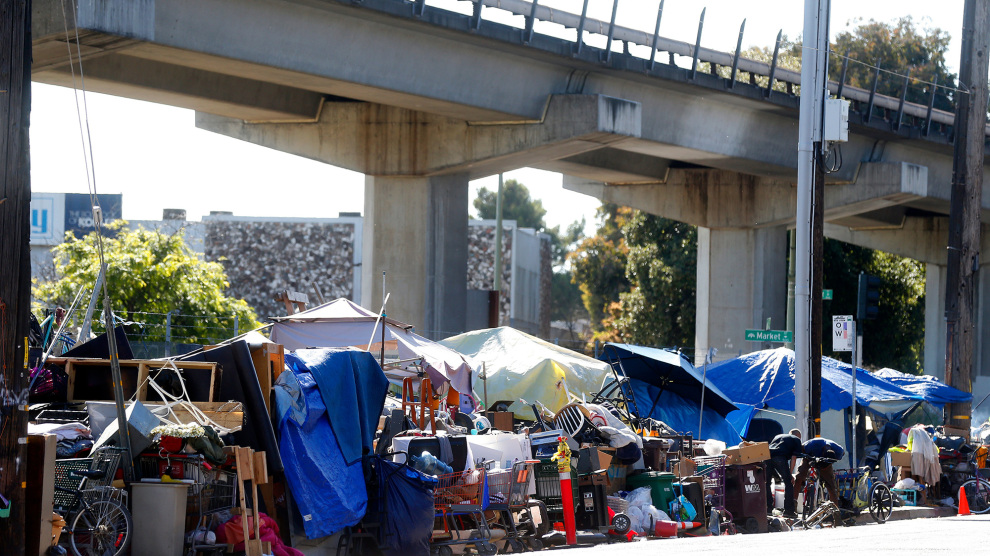 Black Californians should each receive $1 million and black people who are homeless should be first in line, according to the state’s Reparations Task Force chair.

Kamila Moore claimed during an interview with Al Sharpton that the group found the state’s past redlining housing practices affecting the black community hurt people who are currently living on the streets, the Daily Mail reported Friday.

Initially, the group recommended the state shell out more than $200,000 to each black resident, the outlet continued:

Moore previously said economists on the panel estimated that black Californians descended from slaves were owed $1 million per person in reparations.
Moore, 30, noted that as the panel prepares for their final recommendations in July, they are weighing how to help the people who would need the money the most as the panel argues the payments would go on to ‘boost the economy.’

When it comes to the homeless problem, California’s Democrat Gov. Gavin Newsom and local lawmakers have been fighting over who is responsible, according to an article published in November.

Meanwhile, the state has been considering reparations for issues such as “mass incarceration” while considering paying money to descendants of black slaves, Breitbart News reported December 1.

However, the outlet noted California entered the Union as a free state.

In 2020, “Gov. Gavin Newsom (D) signed a law creating a committee on reparations — despite the fact that the state never allowed slavery — in the midst of the Black Lives Matter movement,” the article said. “The panel — which is not representative of the state, but composed primarily of black members — voted 5-4 to limit reparations to descendants of slavery, and issued recommendations that include separate black schools.”

“Fuck that. That’s another trick man — you know why? Because that money’s gonna go right back to Cadillac and right back to motherfucking [Mercedes] Benz,” he stated.

When Sharpton asked Moore why she believes the issue has gained traction, she claimed, “The country came to a racial reckoning in 2020” when George Floyd was killed.