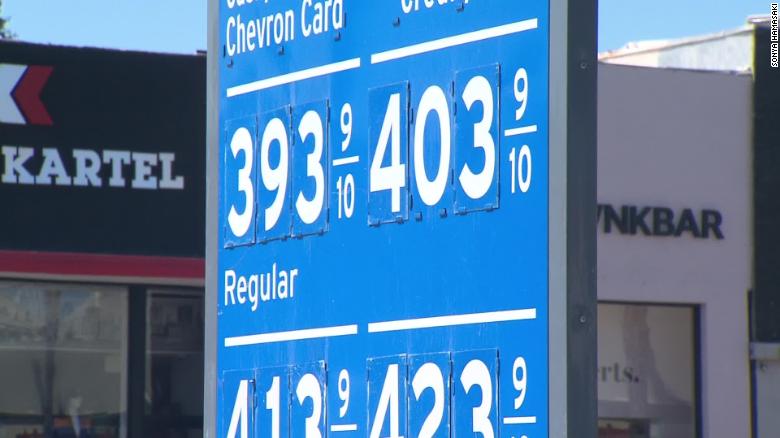 As lieutenant governor, Gavin Newsom supported a 2017 bill increasing the state’s gas taxes. When running for governor in 2018, he opposed a ballot initiative that would have repealed that same increase. It’s 2019, and Newson, now the state’s governor, is demanding an investigation into why the state’s gas prices are so high.

On Tuesday, the governor sent a letter to the California Energy Commission (CEC) asking that the state agency investigate the Golden State’s roughly $4.03 per gallon gas prices, currently the highest in the country (and well above the national average of $2.86 per gallon).

“Independent analysis suggests that an unaccounted-for price differential exists in California’s gas prices and that this price differential may stem in part from inappropriate industry practices,” wrote Newsom in his letter to the CEC. “These are all important reasons for the Commission to help shed light on what’s going on in our gasoline market.”

Newsom is not alone in wanting answers to this difficult head-scratcher.

In January, 19 state legislators—17 of whom had voted in favor of that 2017 gas tax increase, while the other two had only entered office in 2018—sent a letter to State Attorney General Xavier Becerra demanding that the state’s Department of Justice (DOJ) investigate the “unexplained gasoline surcharge” that was estimated to cost Californian families $1,700 a year.

California currently imposes the second-highest gas taxes in the country. A state excise tax currently adds $.417 per gallon, a rate that will increase to $.473 come July. On top of that, the state imposes a 2.25 percent gasoline sales tax.

In addition, California has adopted a low-carbon fuel standard and a cap-and-trade scheme for carbon emissions which together increase the state’s gas prices by $.24 per gallon above the national average, according to a 2017 state government report.

That same report maintained that, even after all these state-imposed costs were tallied up, California’s gas prices remained above the national average, a finding that both those 19 state legislators and Newsom are using to justify their demands for an investigation.

Newsom, as mentioned, alleged there may be “inappropriate industry practices” at play.  State lawmakers, in their January letter, suggested the state’s retail gasoline market might lack “robust competition” leading motorists to pay more at the pump.

However, a lot of the higher, non-government-imposed prices Californians are paying currently could plausibly be chalked up to normal supply and demand.

Local media reports point to the twin effects of increasing demand and springtime maintenance at the state’s refineries as contributing to the price hikes.

The late March shutdown of a Valero refinery in the Bay Area added to the price hikes.  Something similar happened in 2015, when an explosion at the Torrance refinery in Los Angeles County caused the facility, then responsible for refining 10 percent of the state’s gas, to close for over a year.

Prior to that 2015 explosion, California’s “gasoline price premium tracked closely with our higher taxes and production costs,” wrote Severin Borenstein, a professor at University of California, Berkeley’s Haas School of Business in a blog post.

After the Torrance explosion, prices spiked, and then slowly began coming down over the next year, although they to this day remain higher than they were prior to that incident.

Industry representatives maintain that any difference in the state’s gas prices can be explained by normal market forces, and of course all those taxes and regulations.

“The petroleum industry on the West Coast has been subject to dozens of independent investigations by government agencies, all of which concluded the dynamics of supply and demand are responsible for movements in the price of gasoline and diesel fuel,” said Kevin Slagle, a spokesperson for the Western States Petroleum Association (WSPA), in a statement, adding that “state programs, such as cap-and-trade and the Low Carbon Fuel Standard, impact fluctuations in energy markets.”

It should be pointed out too that high levels of taxation and regulation and a lack of competition in the state’s fuel sector are not mutually exclusive explanations.  Government fees and red tape often have the effect of squeezing out marginal producers and retailers, giving remaining firms greater ability to raise prices.

And regardless of any “mystery surcharge” on California gas, the fact remains that state government polices are a huge component of the final price everyone is paying at the pump.

Indeed, in the case of the state’s cap-and-trade scheme—where the state caps the amount of allowable carbon emissions, and then auctions off emission credits—the explicit purpose is to raise the cost of emitting carbon, and thus burning gasoline.

Absent these policies, the state’s gas prices would be lower.

If that’s the case, however, Newsom and others should make that case to voters directly and explicitly instead of trying to appease motorists’ anger by pointing their fingers at industry. 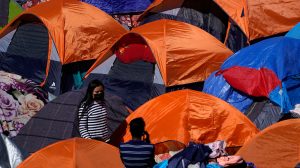 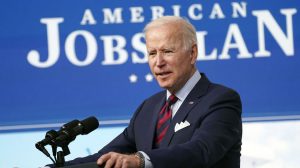 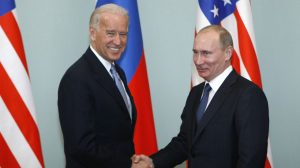