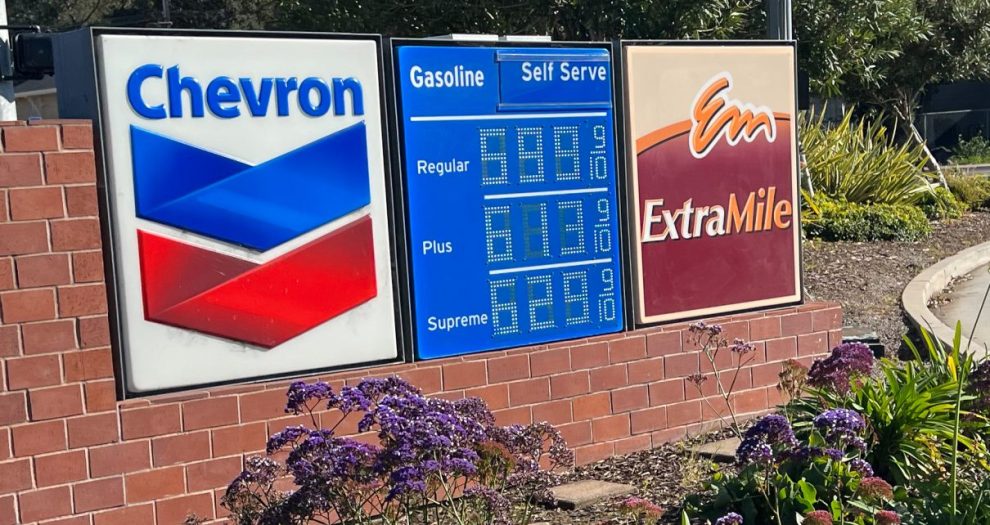 A Republican California legislator has introduced a bill meant to suspend the state’s .51 cent gas tax. The move comes in response to Governor Gavin Newsom’s convoluted plan to relieve the gas tax burden on Californians by offering a $400 rebate per Californian, per registered vehicle…but only up to two cars per married household…but non-married cohabitants can claim up to four cars…but electric vehicle owners will also receive a rebate…but people who take public transportation will get free fare for three months. Cyclists also get a few crumbs, but under Newsom’s plan they’ll have to wait until their new biking and walking trails can be constructed with the $500 million earmarked to boost California’s public trails.

Leave it to California Democrats to take what should be a truly simple concept – suspending a tax – and making it into complicated algorithm that involves a bunch of things that have nothing to do with how much it costs to fill up your hatchback.

Enter Republican Assemblyman Kevin Kiley, one of the few sane voices in California’s legislator. Perhaps Kiley forgot where he was for a moment, because on Monday he brought forward a bill that would quickly and simply relieve some of the burden residents are feeling at the gas pumps these days – a simple, straightforward gas tax suspension.

But ‘simple’ isn’t really the style of California Democrats, and neither is taking responsibility for their own disasters. In a move so underhanded and ethically despicable that one would swear it was created just for a Hollywood script, assembly Democrats chose not to reject the Republican bill. Instead, they voted to leave Kiley’s name on the bill and strip out every single provision, replacing them with amendments to impose a new fuel surcharge, a new vehicle “windfall rebate tax” on gas and oil companies that will then go back to consumers as rebates, and new bureaucratic offices to monitor the rebate distributions.

Democrats ambushed the Republican minority and replaced a tax relief bill with a tax hike bill that will use the new, higher taxes to send rebates to Californians paying higher taxes on their energy than ever before. And they didn’t just amend the tax holiday into a tax hike…they passed it out of committee, with Kiley’s name still on it.

What did I just watch??? Instead of providing relief to Californians by supporting @KevinKileyCA’s bill to temporarily suspend some of CA’s gas taxes, @alex_lee wants to gut & amend #AB1638 with HIGHER TAXES when gas prices are high, just to send some of it back via rebates??? pic.twitter.com/C7YQZm86rk

Dems turned it into a new vehicle fuel windfall profits tax on gas suppliers when price of gas is abnormally higher than price of oil.

Assemblyman Kiley called the move “absolutely disgraceful.” California journalist Katy Grimes of the California Globe posited that the shady moves were just Democrats trying to avoid having their names recorded as ‘no’ votes for suspending the gas tax, which most Californians seem to be in favor of at the moment.

But California Democrats don’t want their “no” vote registered killing a bill to suspend the gas tax. And that’s what this is really about. Politics.

Kiley offered [Committee chairwoman Laura] Friedman to put her name on the newly amended bill if she liked it so much. She stammered and accused Kiley of cross-examining her, and then said she hadn’t had enough time to read the amendments.

“So here’s the difference — we have here two proposals. I’m willing to put my name on my proposal,” Kiley said. “We are willing to own our proposal; you aren’t willing to even put your name on yours.”

“Do you ever wonder why more people are leaving our state today than ever,” Kiley asked. “This used to be the state where anyone can get ahead. Now it’s the state people can’t wait to leave behind. The proceedings here today are a perfect example of that.”

Democrats seem to be doing their level best to make sure everything is just the worst, all the time, forever.