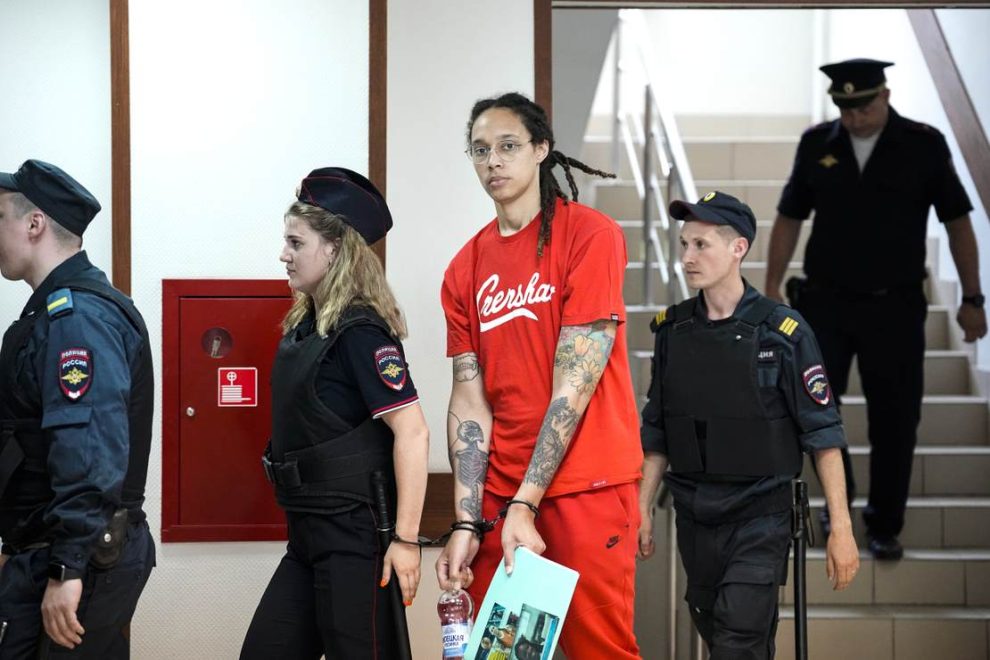 “I honestly feel we should not play the national anthem during our season,” WNBA superstar Brittney Griner said in a 2020 interview with the Arizona Republic. “I think we should take that much of a stand.”

One might now ask what kind of a “stand” was Griner wanting to take? More importantly, what kind of “stand” should we take regarding a pro athlete who enjoyed her oppression in America so much that she became fabulously wealthy and had the freedom to marry a female spouse — something that she might be arrested for in Russia?

Brittney Griner wants the American people to stand behind her and demand that Joe Biden exchange her for a convicted terrorist responsible for murdering American servicemen and women. Arms dealer Viktor Bout is the worst of the worst and a man, if set free, who would almost certainly go back to murdering innocent people.

Should we back her even though she insults and disrespects the anthem that unites us regardless of color, creed, or politics?

“I don’t mean that in any disrespect to our country. My dad was in Vietnam and a law officer for 30 years. I wanted to be a cop before basketball. I do have pride for my country.”

Griner’s comments came amid protests throughout the country in the wake of the Breonna Taylor incident and the Black Lives Matter movement.

“I’m going to protest regardless,” she told The Republic’s Jeff Metcalfe in that interview on July 27, 2020. “I’m not going to be out there for the national anthem. If the league continues to want to play it, that’s fine. It will be all season long, I’ll not be out there. I feel like more are going to probably do the same thing. I can only speak for myself.

When she disrespects the anthem like that, she emotionally injures those of us who find solace and pride in what that flag symbolizes. She certainly has the unchallenged freedom to make any hateful, hurtful statement she wants to about the flag, the anthem, our national heroes, and any other uniting expedient that makes us who we are.

But we also have the unchallenged freedom to criticize, mock, and denigrate her opinion to our heart’s content.

On the bright side, B Griner won’t have to endure our National Anthem for 9 whole years! What a win for her!

Do you think Brittney Griner still hates the National Anthem?

Brittney Griner getting 9 years in prison is the perfect reminder to all Americans why it's important to not take for granted what we have in this country.

I'm pretty sure her opinion of our anthem and flag has changed.

If she has changed her opinion, she’s not going to share it. Imagine the outcry from the radical left if she recanted and actually said the anthem was okay.

Joe Biden should continue to work for Griner’s release as well as the release of all Americans being held overseas. It’s a question of compassion. But he’s not doing it representing most Americans who have a different view of the anthem and what it stands for.