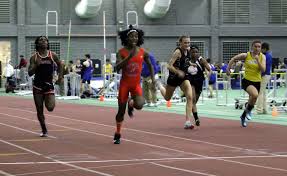 Sharron Davies, a British Olympian, has had accusations of “hate” thrown her way after saying that transgender athletes should be barred from competing against biological women.

Among other awards, Davies won a silver medal in swimming at the 1980 Olympics in Moscow. However, she is now under fire for comments about transgender athletes that some are calling “transphobic.”

“I have nothing against anyone who wishes 2be transgender,” Davies wrote on March 1. “However, I believe there is a fundamental difference between the binary sex u r born with & the gender u may identify as. To protect women’s sport those with a male sex advantage should not be able 2compete in women’s sport.”

After the inevitable backlash, Davies defended her point by noting that she is not the only natural-born female athlete who feels that transgenders are essentially cheating natural women out of titles.

“It is not a transphobic thing – I really want to say we have no issue with people who are transgender,” Davies told the BBC on Saturday.

See also  Texas Teacher Gets 60 Day Prison Sentence for Sex with 6th Grader
→ What are your thoughts? ←
Scroll down to leave a comment: