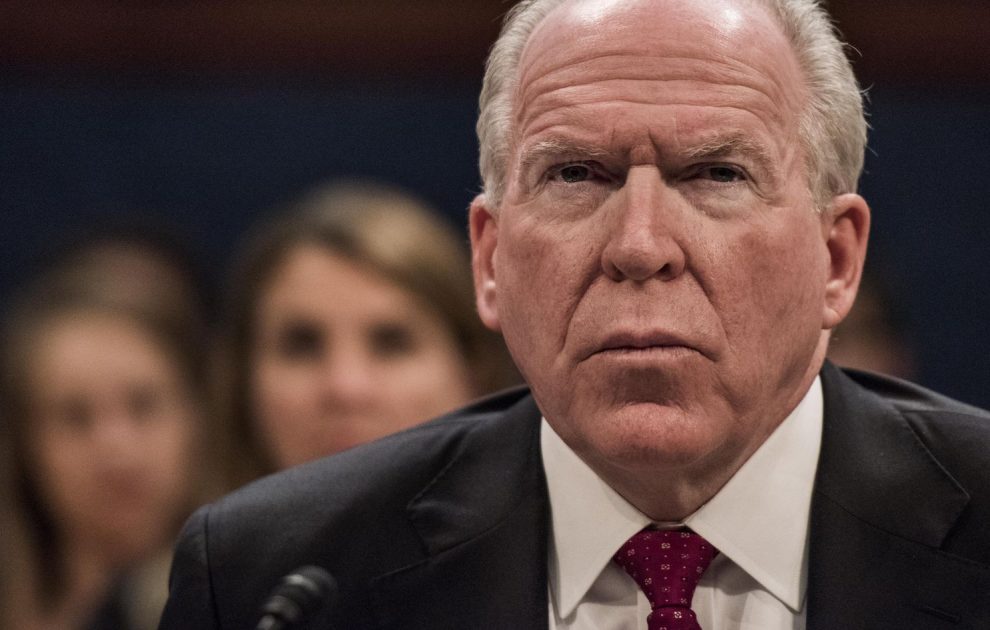 John Brennan said Friday he is “absolutely” willing to testify to Congress to rebut President Donald Trump’s claims that the former CIA director took part in a “coup” to undermine his presidency.

Brennan said in an interview on MSNBC, where he is a contributor, that he would “welcome any type of continued investigation of what we did that period of time that we were in government.”

Trump listed Brennan along with other Obama administration officials he claims tried to “overthrow” his administration, in an interview Thursday with Fox’s Sean Hannity.

“This was a coup, this was an attempted overthrow of the United States government,” said Trump.

Fmr. CIA Dir. John Brennan on Pres. Trump's comments on Fox News about the attempted 'coup' by the CIA to overthrow him: "I don't think it's surprising at all that we hear these sociopathic ramblings … I've testified in front of Congress … and absolutely I'll do it again." pic.twitter.com/V3Ac3Ab0Oo

Brennan responded on MSNBC, saying that “I don’t think it’s surprising at all that we continue to hear these sociopathic ramblings of Mr. Trump claiming that there was this effort to try prevent him from being elected or to unseat him.”

“I welcome any type of continued investigation of what we did that period of time that we were in government,” he continued. “I’ve testified in front of Congress … and absolutely I’ll do it again.”

Brennan testified before the House Permanent Select Committee on Intelligence on May 27, 2017, just 10 days after former FBI Director Robert Mueller was appointed special counsel of the Russia probe.

Brennan has had to walk back some of his bold claims about the investigation, which formally ended on March 22 with no charges related to conspiracy between Trump associates and the Kremlin.

Brennan claimed just two weeks before the end of the investigation that Mueller would issue a slew of indictments. He has also accused Trump of being treasonous.

Brennan also claimed Friday that Kentucky Sen. Rand Paul recently made “very specious allegations” about him “that have no basis in truth.”

Paul, a Republican, claimed on March 28 that Brennan tried to include portions of the infamous and unverified Steele dossier in the intelligence community’s assessment of Russian interference in the 2016 election. Paul has not provided any additional information to back up his claim.

Brennan took part in a Jan. 6, 2017 briefing of then-President-elect Trump regarding Russian meddling in the election. In a one-on-one meeting just after the main briefing, Comey informed Trump about the unfounded claim from the dossier that the Kremlin has blackmail material on him.