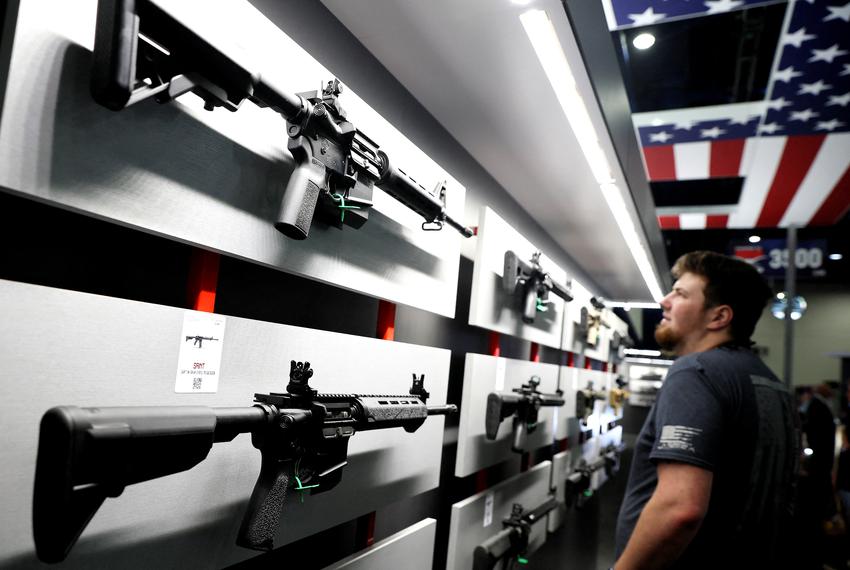 A group of 10 Republicans and 10 Democrats reached a deal on new gun control legislation Sunday.

The deal — being heralded as a “breakthrough” by various media outlets — will institute a number of provisions, including red flag laws and investments in mental health and school security, in hopes of preventing future gun violence.

In its current form, the deal is a tentative agreement. A final bill has yet to be written or brought to Congress.

However, with the support of at least 10 Republicans, the bill will likely have “sufficient support to move through the evenly divided chamber,” according to The New York Times.

Politico revealed the list of senators backing the deal. The following 10 Republicans were all on board:

Most notable among the plan’s gun control measures is a proposed measure that would introduce red flag laws.

According to the Times, the plan would provide grants for states to implement their own red flag laws.

State authorities would then be allowed to confiscate the guns of those “deemed to be dangerous.”

In addition, the bill will include a provision prohibiting spouses and dating partners convicted of domestic violence from owning guns.

The nation’s background check system will also be reformed. Should the plan become law, background checks will include juvenile records “for any prospective gun buyer under the age of 21.”

The senators released a statement announcing the proposal on Sunday.

“Families are scared, and it is our duty to come together and get something done that will help restore their sense of safety and security in their communities,” the senators said.

“Our plan increases needed mental health resources, improves school safety and support for students and helps ensure dangerous criminals and those who are adjudicated as mentally ill can’t purchase weapons,” the statement continued.

“Most importantly, our plan saves lives while also protecting the constitutional rights of law-abiding Americans. We look forward to earning broad, bipartisan support and passing our commonsense proposal into law.”

Although the plan covers various new laws and restrictions, it falls well short of “the sprawling reforms that President Biden, gun control activists and a majority of congressional Democrats have long championed,” the Times said.

Most notably, Democrats failed to include their most heralded reform, a ban on so-called “assault weapons.”