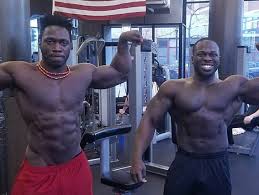 On Monday, I asked if there was more hoax to the Jussie Smollett hoax than had yet been asserted. Ola and Abel Osundairo have claimed the three rehearsed the attack before it was acted out on a Chicago street. But what of — I asked — the threatening letter to Jussie, which supposedly served as catalyst for the staged fight ?

On January 22nd, the Empire actor received a letter featuring a stick figure hanging from a tree, with a gun to his head and a caption reading “You will die, black fag.”

As the Monday story went, detectives believe the letter didn’t get a satisfactory degree of attention for Jussie, so he conjured a media’s-dream-come-true tale.

This has been a aweful week for the hateful race baiting Jussie Smollet.

See also  Sussmann Trial Opens, Lawyers Spar Over Defendant’s 2016 ‘Lie’ To FBI
→ What are your thoughts? ←
Scroll down to leave a comment: