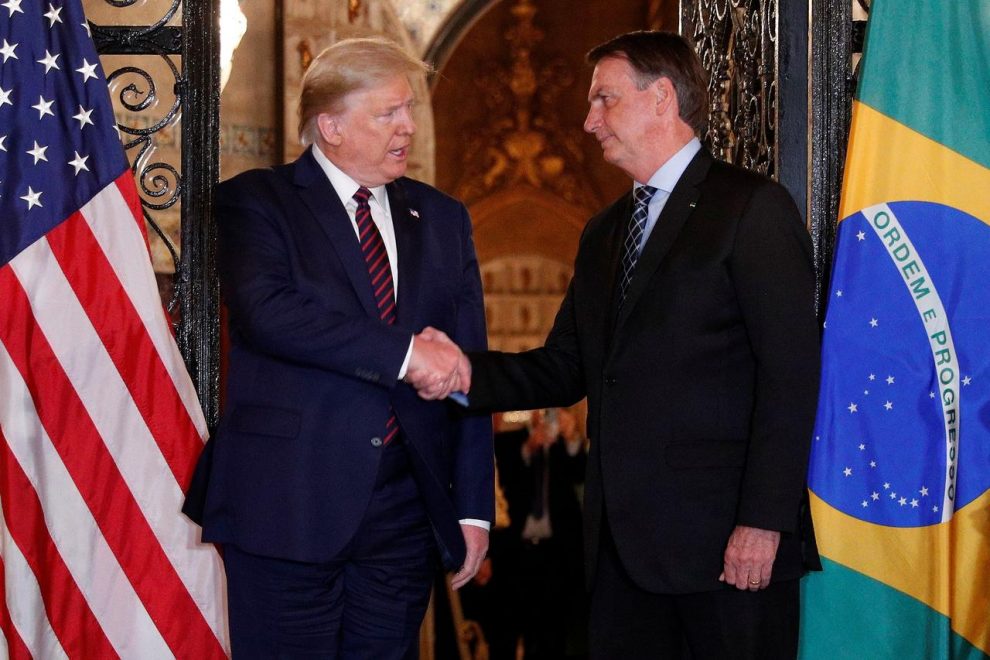 Brazilian President Jair Bolsonaro tested positive for the coronavirus on Friday, days after meeting with President Donald Trump at his private south Florida club, according to Jornal O Dia.

Bolsonaro, along with his press secretary, Fabio Wajngarten, who also tested positive for the deadly illness this week, had dinner with President Trump at Mar-a-Lago over the weekend. Bolsonaro sat next to the president during the dinner and shook hands with him afterward. President Trump also posed for a photo with Wajngarten.

However, Bolsonaro’s son Eduardo, said that the test results have yet to come in.

(ENG)Too much lies and little information. Coronavirus exam done with the team that were with JB in USA have not yet been completed

There are always those people who tell lies in the media and if the story is confirmed they say "I told you!", if not will be just 1 more fake news

“The White House is aware of public reports that a member of the Brazilian delegation’s visit to Mar-a-Lago last weekend tested positive for COVID-19; confirmatory testing is pending,” Grisham said in a statement on Thursday. “Exposures from the case are being assessed, which will dictate next steps. Both the President and Vice President had almost no interactions with the individual who tested positive and do not require being tested at this time.”

“As stated before, the White House Medical Unit and the United States Secret Service has been working closely with various agencies to ensure every precaution is taken to keep the First & Second Families, and all White House staff healthy,” she added. “To reiterate CDC guidelines, there is currently no indication to test patients without symptoms, and only people with prolonged close exposure to confirmed positive cases should self-quarantine.”

President Trump was asked about Wajngarten’s diagnosis at the White House on Thursday.

“I’m not concerned at all,” the president said. “We had dinner together in Florida, at Mar-a-Lago, with the entire delegation,” he added. “I don’t know if the press aide was there, if he was there, he was there. But we did nothing very unusual.”