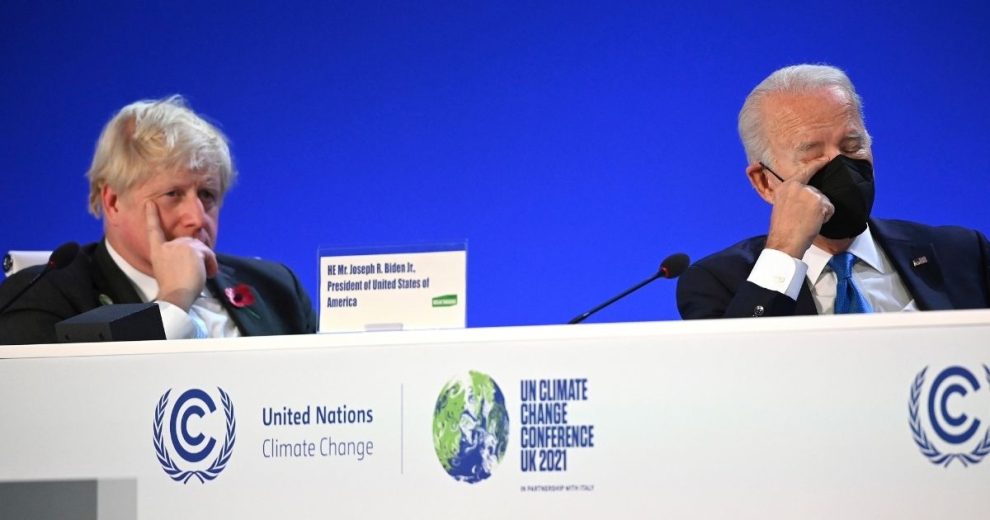 British Prime Minister Boris Johnson just announced that the U.K. will be lifting virtually all of its COVID restrictions.

This announcement puts the White House in a tough position as questions arise about whether the U.S. will follow the U.K.’s lead.

Now will the Biden administration stop pushing the ideas of mandates and restrictions?

Johnson said these restrictions are being lifted since scientists think that the omicron variant “has now peaked nationally,” the Associated Press reported.

“We will trust the judgment of the British people, and no longer criminalize anyone who chooses not to wear one,” Johnson said, regarding masks.

Johnson and Health Secretary Sajid Javid both said the government is beginning to plan for the post-pandemic era — where COVID will start being treated more like the flu.

“There will soon come a time when we can remove the legal requirement to self-isolate altogether, just as we don’t place legal obligations on people to isolate if they have flu,” he explained.

The British government has also begun telling people that there is less need to stay at home for work.

“There’s a vital need now for greater consistency in how we live with the virus in the longer term. Swinging back and forth between restrictions and normality has been damaging,” Confederation of British Industry Chief Policy Director Matthew Fell said, according to ABC.

With this announcement from Johnson, eyes are now on the White House in the U.S. to see if the the country’s administration will begin implementing similar measures.

Already, many states have lifted restrictions. But the Biden administration has continued to push rhetoric behind vaccine mandates and restrictions.

For example, the administration is threatening to take away Arizona’s COVID relief funding because it says that the state is discouraging families and school districts from having face coverings in schools, PBS News reported.

The administration is referring to two Arizona state education programs that provide funding to schools. But districts that require face coverings are not eligible for the funding.

The regulation struck down would have applied to about 84 million private sector employees and would have required that all businesses with more than 100 workers force their employees to be vaccinated or tested weekly.

But with that regulation being struck down and with the U.K. making moves to end COVID restrictions, many are wondering what Biden’s response will be. There is especially a question about whether the face mask requirement for flying will be lifted.

Fox News asked the White House if the administration planned to end the national mandates for masks on public transportation.

The White House did not respond.

In juxtaposition to Johnson’s comment about trusting the judgement of the British people, it seems that the Biden administration has no trust in the American people to make their own choices.

Thus far, Biden’s continued measures to try to enforce masks and vaccine mandates shows an attitude of appalling belittlement towards the population. Johnson’s comments and decision to lift restrictions in the U.K. just highlight this even more.