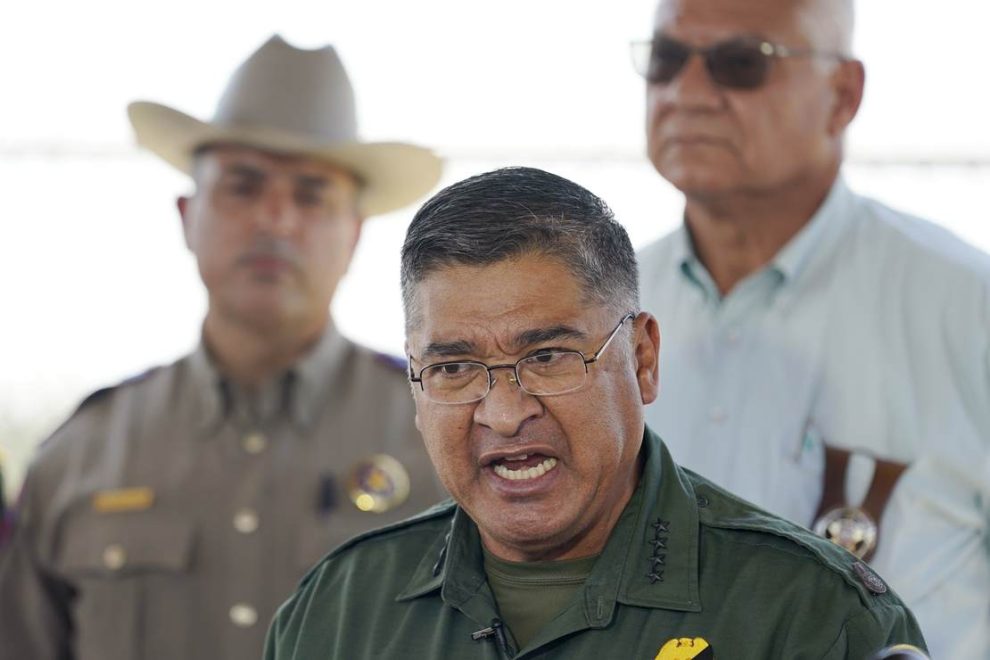 Chief of the US Border Patrol Raul Ortiz placed the blame for the current illegal immigration crisis squarely at the feet of President Biden, saying Joe’s “no consequences” border policy has led to the unprecedented surge in crossings. Ortiz was speaking in a recorded deposition for a lawsuit brought by Florida Attorney General Ashley Moody against the Department of Homeland Security. Asked if lax enforcement was causing the massive flow, Ortiz answered:

There’s an assumption that if migrant populations are told that there is a potential that they may be released, that, yes, you can see increases.

This comes after Biden press secretary Karine Jean-Pierre got into an exchange Monday with Fox News reporter Peter Doocy about illegal aliens easily crossing the border. “That’s not how it works,” Jean-Pierre said. “It’s not like someone walks over.” Doocy’s Fox colleague Bill Melugin wasn’t having it, tweeting: “That is exactly what is happening at the border. Not sure how many more videos we have to show, multiple times a day, to get this point across.”

Colleague @pdoocy is 100% correct. That is exactly what is happening at the border.
Not sure how many more videos we have to show, multiple times a day, to get this point across. And that doesn’t even account for the more than half a million gotaways who slipped thru since 10/1. https://t.co/2f63fXQvzn

The Biden Administration can pretend all they want that there’s no crisis at the border, but videos like the ones Melugin regularly posts on Twitter and Ortiz’s testimony make the issue impossible to ignore. The testimony was actually given in late July, but the Florida Attorney General only released it Tuesday.

Although many of Ortiz’s answers are simple yeses, the effect is still powerful as the questioner asks some loaded questions. I’ll let the transcript speak for itself:

Speaker1: Would you agree, Chief Ortiz, that unprecedented numbers of aliens are illegally entering the United States right now?

Ortiz: I would imagine that they are turning themselves in because they think they’re going to be released. Yes.

Speaker1: When President Biden was elected, did the number of aliens trying to illegally enter the United States increase or decrease?

Speaker1: From your 31 years of experience has the Border Patrol in a year ever had the number of encounters that it’s going to have in 2022?

Speaker1: Is the crisis that is currently ongoing at the southern border making the border less safe for Americans and aliens alike?

Speaker1: Since President Biden was elected, does this document indicate that aliens illegally entering the United States perceive that they will be able to enter and remain in the United States?

Speaker1: Why is it important to detain and remove demographics that are amenable to the Border Patrol?

Ortiz: One, you want to make sure you have consequences.

Speaker1: Okay. And if you don’t have consequences, what is likely going to happen.

Ortiz: In my experience, we have seen increases when there are no consequences.

Speaker1: So, if migrant populations believe that there are not going to be consequences, more of them will come to the border. Is that what you’re saying?

Ortiz: There’s an assumption that if migrant populations are told that there is a potential that they may be released, that, yes, you can see increases.

Speaker1: If you’re not detaining and removing demographics that are amenable and the flow will compound -so it will increase at an exponential rate. Is that what is being suggested here?

Ortiz: I do think it will increase, yeah.

The Biden Administration has actively sought to undermine border security and has humiliated agents with false claims of whipping border crossers from their horses. The regime has also tried to stifle efforts by the Texas National Guard to stop the flow. The numbers are staggering: according to Daily Mail, nearly 4.9 million illegals have entered the U.S. since President Joe Biden took office in 2021. Just like “no consequences” for criminals in US cities has led to a crime wave, “no consequences” border policing has led to the historic influx.

One can only worry that it will take a tragedy like the 53 migrants who died in a hot truck to wake up Biden to the awful consequences of his toothless policies. He’s clearly not been moved by the deaths of Americans at the hands of people who entered the country illegally, nor the economic devastation wrought by importing what amounts to the population of Ireland with no regard for their ability to support themselves.