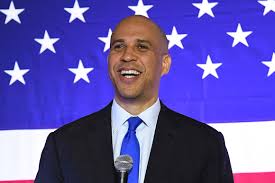 At the end of January, Cory Booker was emphatic in his defense of the filibuster. “We should not be doing anything to mess” with it, he said.

By springtime, the New Jersey Democrat had softened his stance considerably: “That door is not closed.”

As some of his 2020 competitors warm to dramatic reforms like eliminating the Senate’s 60-vote threshold and adding justices to the Supreme Court, the White House hopeful from Newark is plainly wrestling with whether to follow suit.

In an interview, Booker laid bare what he is grappling with: He’s been in the minority most of the time he’s been in the Senate and seen the power of the filibuster block the conservative agenda. And he’s worried that if Democrats make changes to the fabric of the Supreme Court, it will be exploited to potentially greater effect by Republicans in the future.

“You have to understand that a lot of these that are talked about: If we do it when we have the control to do it, they can do it again. What we need to find is real solutions that are sustainable regardless of who is president,” Booker said. “We should be careful about the traditions in this country and how we honor them.”