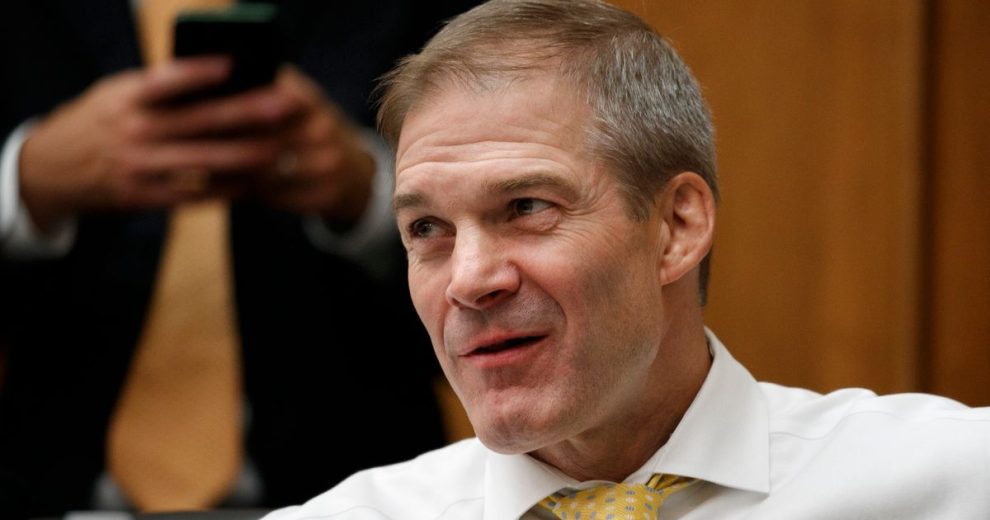 On Friday, Ohio Representative Jim Jordan appeared on Fox & Friends to discuss a 1000-page report the House Judiciary Committee released detailing allegations of misconduct and political bias within the Department of Justice and the FBI under the Biden administration.

“Our job is to get the facts to the American people,” Jordan said. “We released this report today, which just shows how bad things have gotten at the FBI and the DOJ. It’s all driven by politics now over there.” He later added, “America is not America if you have a Justice Department that treats people differently under the law. It’s supposed to be equal treatment under the law.”

According to Fox News, “Broadly, the report alleges systemic political bias against conservatives.”

Specifically, the report further details how the FBI has been allegedly altering and manipulating data to better fit a predetermined narrative from the Biden administration about domestic extremism.

Similarly, the report reveals details on how the FBI targeted parents, many of whom appeared at school boards to express outrage over sexually explicit materials in the classroom. The document also claims the FBI and DOJ are “actively seeking to ‘purge’ employees with conservative views and those who dissent from ‘woke’ diversity, equity, and inclusion initiatives,” according to Fox News.

Jordan said that 14 FBI agents approached him and fellow members of the Judiciary Committee to act as whistleblowers on the misconduct and corruption.

Jordan said it “started with the school board issue” and then grew to include the abuse “of numbers on domestic violent extremism cases.” He also confirmed that the whistleblowers said “they’re getting rid of conservative Republican type FBI agents.”

According to the report, “The Federal Bureau of Investigation, under the stewardship of Director Christopher Wray and Attorney General Merrick Garland, is broken.”

“The problem lies not with the majority of front-line agents who serve our country, but with the FBI’s politicized bureaucracy,” the report adds.

According to various accounts of the FBI agents in the report, the agency has a “systemic culture of unaccountability” that contains “rampant corruption, manipulation, and abuse” and is “rotted at its core.” According to one agent, their boss said “that child sexual abuse material investigations were no longer an FBI priority and should be referred to local law enforcement agencies.”

The report is “the first comprehensive accounting of the FBI’s problems to date, which undermine the FBI’s fundamental law-enforcement mission,” according to Republicans on the House Judiciary Committee, who promise further action if the GOP control Congress after the midterms.

The report also says, “Americans deserve to have confidence that the enormous power and reach of federal law enforcement will be used fairly and free of any indication of politicization.The FBI has the power, quite literally, to ruin a person’s life — to invade their residence, to take their property, and even to deprive them of their liberty” and “The potential abuse of this power, or even the appearance of abuse, erodes the fundamental principle of equality under the law and confidence in the rule of law. The FBI’s tremendous power is precisely why the people’s elected representatives in Congress must conduct vigorous oversight, particularly in light of allegations of abuse and misconduct made to date.”