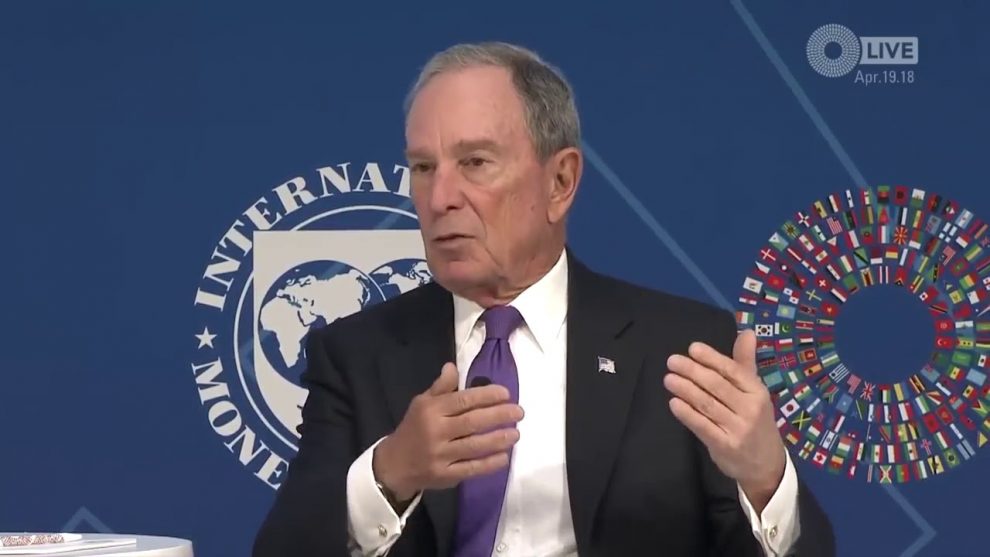 Michael Bloomberg’s presidential campaign will reportedly pay hundreds of people $2,500 a month to promote the candidate via text message and their personal social media feeds.

The billionaire’s team is now hiring more than 500 “deputy digital organizers” to work up to 30 hours a week and promote his talking points to online friends and phone contact lists, The Wall Street Journal reported, citing a staffer in California and internal documents.

The outreach is limited to California, which holds its presidential primary election on March 3, but could expand nationwide, The Journal reported.

The move comes after the candidate suffered a bruising Democratic debate in Las Vegas on Wednesday.

Video footage of a verbal attack by rival Elizabeth Warren went viral across social media, which Bloomberg has recently attempted to blanket with his own meme-based advertising campaign.

According to The Journal, the strategy behind hiring citizens for the promotion in California is to attract voters through a personal touch rather than messages spewed by strangers.

Trump Mobilizes Military In DC To Quell Protests As Tear Gas Fired Into Crowds Cops ‘Not Able to’ Respond to Rapes, Robberies Due to Autonomous Zone Stacey Abrams: Biden Campaign Hasn’t Called Me for VP Vetting

The scheme is being aided by a mobile application called Outvote, which is funded by a Democratic technology and investment organization known as Higher Ground Labs.

“Our app allows anyone to plug into a Democratic campaign and see which of their friends are registered voters in the district and coordinate SMS outreach with the campaign for event invites… social sharing, fundraising, and getting out the vote,” Outvote says online.

The Bloomberg presidential campaign team has been contacted for comment about the unique strategy by Newsweek. “One of the most effective ways of reaching voters is by activating their friends and network,” a spokesperson for the outreach campaign told The Journal.

Metrics published separately by Facebook and Google indicate Bloomberg vastly outspending other candidates, with messages currently focused on criticizing President Donald Trump. Bloomberg has a real-time net worth of more than $64 billion, according to Forbes.

Earlier outreach plans by the presidential candidate’s team included hiring 2,500 people as “digital organizing fellows” for $500 a month, during which time they were meant to post pro-Bloomberg messages to social media daily and add their contacts to an internal database, The Journal reported. That scheme was eventually scrapped in favor of the newer plan, the paper revealed.

Last week, the social network confirmed Bloomberg’s frenzy of memes spread on Instagram by popular accounts were permitted, as long as paid partnerships are clearly disclosed.

Such posts would not be added to the candidate’s Ad Library unless the account pays to boost the spread of the post, The Verge reported. For now, those rules only apply in the U.S.

“Branded content is different from advertising, but in either case we believe it’s important people know when they’re seeing paid content on our platforms,” Facebook said. “That’s why we have an Ad Library where anyone can see who paid for an ad and why we require creators to disclose any paid partnerships through our branded content tools.

Bloomberg—who entered the 2020 race later than his rival candidates—turned heads last week after a variety of social media pages and influencers uploaded memes about him. The accounts involved included @DoYouEvenLift, @WhitePeopleHumor, and @TheFunnyIntrovert.

The New York Times reported the advertising campaign was aided by a company called Meme 2020, which is being spearheaded by an executive from marketing firm Jerry Media, the outfit responsible for some advertising leading up to the disastrous Fyre Festival in 2017.

Last month, The Hill reported the Bloomberg team had averaged more than $1 million a day on Facebook advertising over a two-week period—about five times more than the Trump campaign. Rival Democratic candidates have previously accused the billionaire of attempting to buy the election.

For his part, Bloomberg has rejected that suggestion.

“I’m doing exactly the same thing they’re doing, except that I am using my own money,” he said in an interview with CBS This Morning last December, as reported by Politico.

“They’re using somebody else’s money, and those other people expect something from them. Nobody gives you money if they don’t expect something, and I don’t want to be bought.” 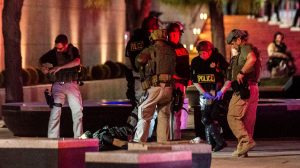 Las Vegas: Rioter Shoots Police Officer in the Head from Behind 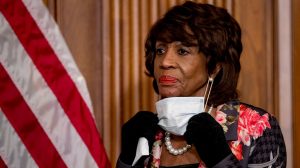 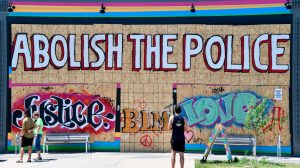