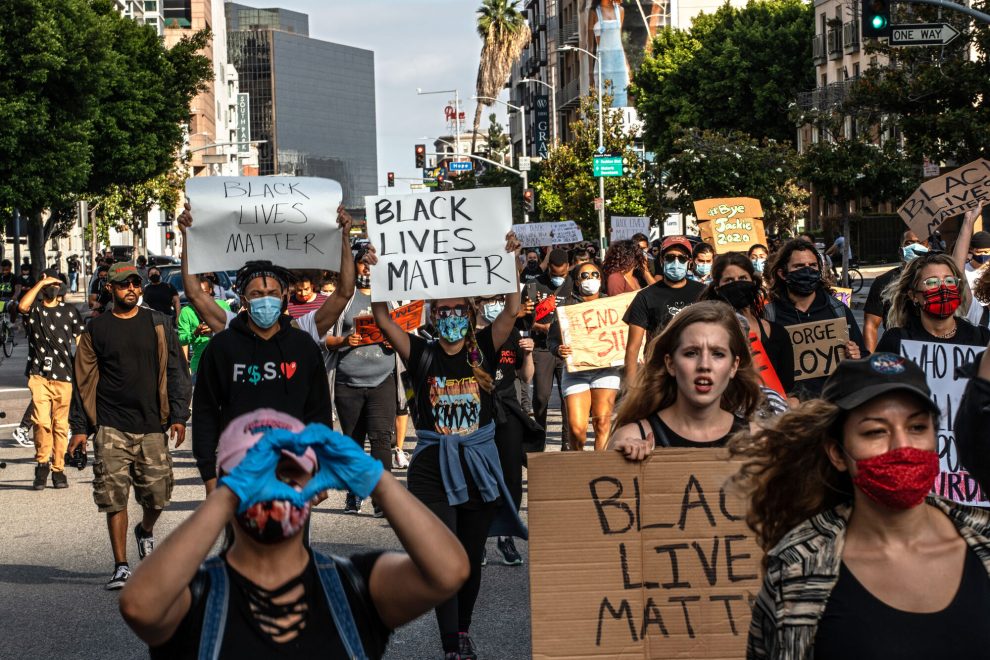 A group of Black Lives Matter protesters blocked a major freeway feeder road intersection in Plano, Texas. A confrontation erupted as one of the people being blocked confronted the protesters.

A group of BLM protesters in Plano, a suburb of Dallas, blocked a major intersection on earlier this week, a video tweeted by New Granada on Friday shows. The video shows many of the protesters wearing body armor, black bloc, and helmets.

The blocking of the roadway comes amid the Texas Legislature’s consideration of a bill addressing protests that block emergency vehicles or entrances to hospitals.

At least one protester carried a Mexican flag while blocking the intersection of two major freeway feeder roads.

One of the drivers being blocked becomes angered and confronts the protesters. “Get the f**k out of my way,” the angered driver yells at one protester.

The driver then turns his attention to a Plano Police Department officer who appears to be unable, or unwilling, to clear the intersection. “Get these f**king people out of the way,” the man yells at the officer. “Get them out of here.”

The man then turns his attention back to the crowd of protesters and appears to swing his fist at a female protester.

The Texas Legislature is currently considering legislation to make blocking a roadway a state jail felony if the protester blocks passage of an emergency vehicle or the entrance to a hospital, the Texas Tribune reported.

The bill, HB-9, passed out of the Texas House of Representatives by a vote of 90-55 and headed to the Senate for consideration.

The bill from the Texas legislature comes in response to an incident in California last year where two deputies were shot and protesters blocked the entrance to the hospital, the Tribune explained.

“In an emergency, seconds matter,” State Representative Stephanie Klick, R-Fort Worth, said from the floor of the House while presenting the bill for a vote. “We all have a constitutional right to peaceably assemble under the First Amendment, but what we don’t have is a right to prevent authorized emergency vehicles that can provide life-saving care.”

The bill, if passed, will provide a sentence of up to six months in State Jail. It also includes a minimum of ten days in jail regardless of previous criminal history.