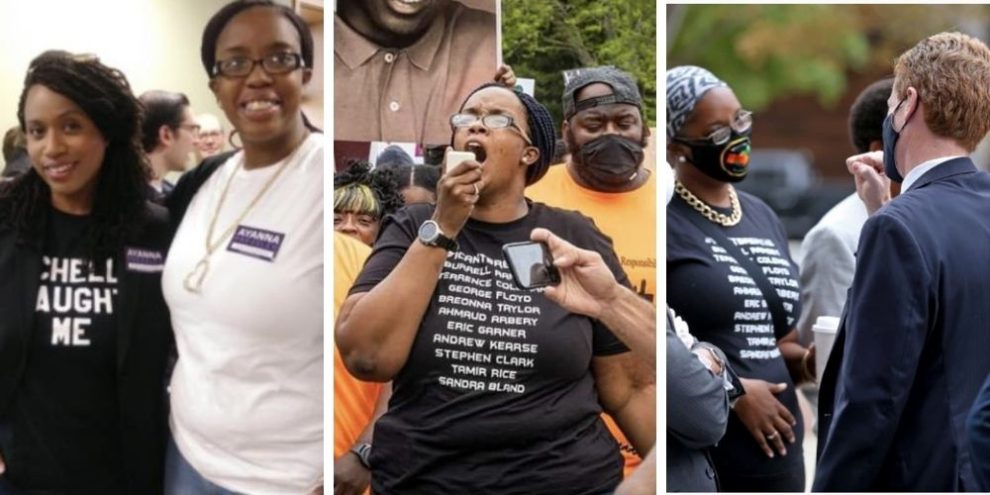 A Black Lives Matter activist involved in relationships with former and current members of Congress now reportedly has prosecutors looking into whether donations or grant money from her multimillion-dollar non-profit were spent on personal expenses.

According to the Washington Examiner, Monica Cannon-Grant gained notoriety in the Boston BLM circles following the death of George Floyd in May of 2020. Cannon-Grant reportedly began working closely with “Squad” member Rep. Ayanna Pressley. She also became close with Boston Democratic Mayor Michelle Wu when the pair served on the Boston City Council.

Cannon-Grant, who is now the CEO of the non-profit Violence in Boston, as well as the group’s founder, admitted in a podcast that since October she has been under federal investigation. In October 2021, federal authorities arrested her husband Clark Grant, and raided their home after he was charged with committing COVID-19 unemployment fraud and mortgage fraud.

According to the complaint, Clark Grant now stands accused of fraudulently claiming Violence in Boston’s bank account as his own personal property while applying for a $402,573 mortgage in May 2021.

According to the Boston Globe, federal prosecutors are investigating if donations to Cannon-Grant’s charity were used to pay for personal expenses. The outlet stated that a federal grand jury subpoenaed records from the Suffolk District Attorney’s office, a donor to Cannon-Grant’s organization.

Pressley cut ties with the activist during her 2020 reelection campaign after Cannon-Grant criticized Pressley’s challenger, a black Republican woman, for being married to a white man. “This heifer running against Ayanna Pressley, this one here with the white husband. At some point, we going to have to have a conversation with black folks who get in a relationship with white folks and then forget that they black.”

She added, “If white vagina and white penises jeopardize your melanin, then we need you to sit in the back of the classroom. … This ain’t your part of the show, and you don’t get to talk right now.”

Aside from Cannon-Grant’s organization’s woes, the BLM Global Network Foundation—the charity for the national BLM movement—shut down its ability to raise funds after allegations of shady financial reporting and management led even liberal states to threaten legal action.

BLM, which has faced accusations of financial impropriety for years, not just from detractors, but also from local BLM activists and chapters, was also kicked off Amazon’s charity service, AmazonSmile, in February over compliance issues in states across the US.