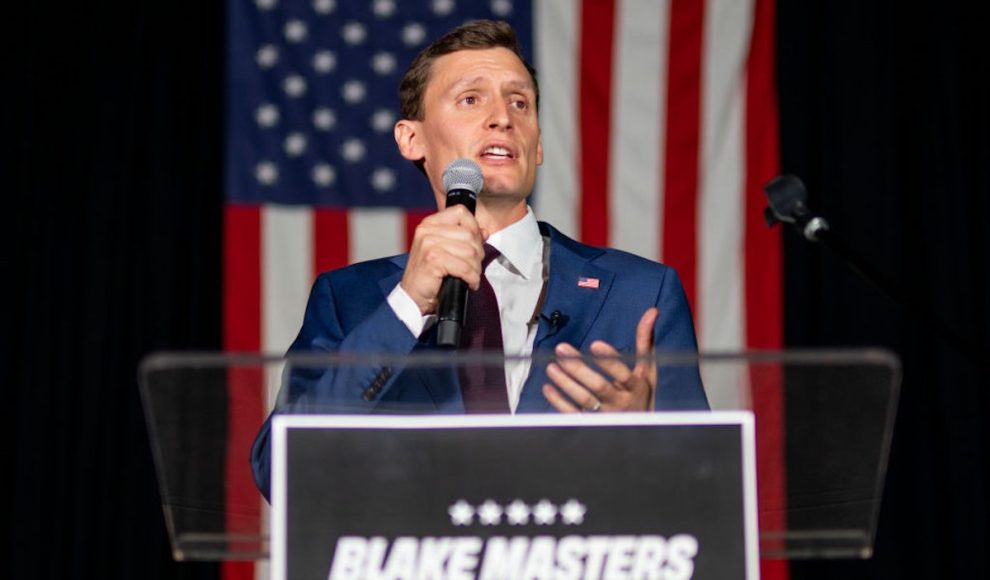 Is Blake Masters about to pull a big upset in Arizona’s senate contest? I’m not ready to make any certain proclamations, but things are beginning to lean that way. Recent polling has shown the Republican neck-and-neck with Democrat Mark Kelly, and now Masters is getting a possibly game-changing boost.

According to The New York Times, the Libertarian candidate, Marc Victor, is dropping out and endorsing his ideological ally just in time for the majority of votes being cast in Arizona’s election.

The Libertarian candidate running for Senate in Arizona — who had threatened to play spoiler in the closely watched race — is dropping out and endorsing Blake Masters, the Republican nominee.

The decision, announced on Tuesday, gives Mr. Masters a lift heading into the final week as he seeks to unseat Senator Mark Kelly, the Democratic incumbent, who has generally held a narrow lead in the polls.

“This is another major boost of momentum as we consolidate our support,” Mr. Masters said in a statement to The New York Times.

Marc Victor, the Libertarian candidate, and Mr. Masters spoke on Monday for a 20-minute recorded conversation that Mr. Victor is expected to publish, according to a person familiar with the conversation. Mr. Victor had made such a conversation a precondition to quitting, technically offering such an opportunity both to Mr. Masters and to Mr. Kelly.

I can do nothing but offer big props to Victor for making this decision. Far too often, Libertarian candidates stay in races to play spoiler. And while libertarians seem to love beating their heads against brick walls, when a race is within a few points, it’s better to narrow the field. Kelly has been a disastrous rubber stamp for the Biden agenda despite trying to play up his faux moderate credentials during the campaign.

Masters has also honed his message over the last several months, presenting himself not as the “radical” Democrats claim he is, but as a conservative family man with mainstream views (which he happens to be). That Kari Lake is doing so well isn’t hurting him either, and Masters has made good use of her popularity, appearing with her at numerous events and doing joint marketing.

The thing to know is that if Masters is able to beat Kelly, the Senate is going to go to Republicans assuming Republicans hang on to their leads in Nevada and Wisconsin. While most are looking to Pennsylvania and Georgia as more likely possibilities to deliver the chamber, a win in Arizona being in the back pocket is a nice backup plan to have.