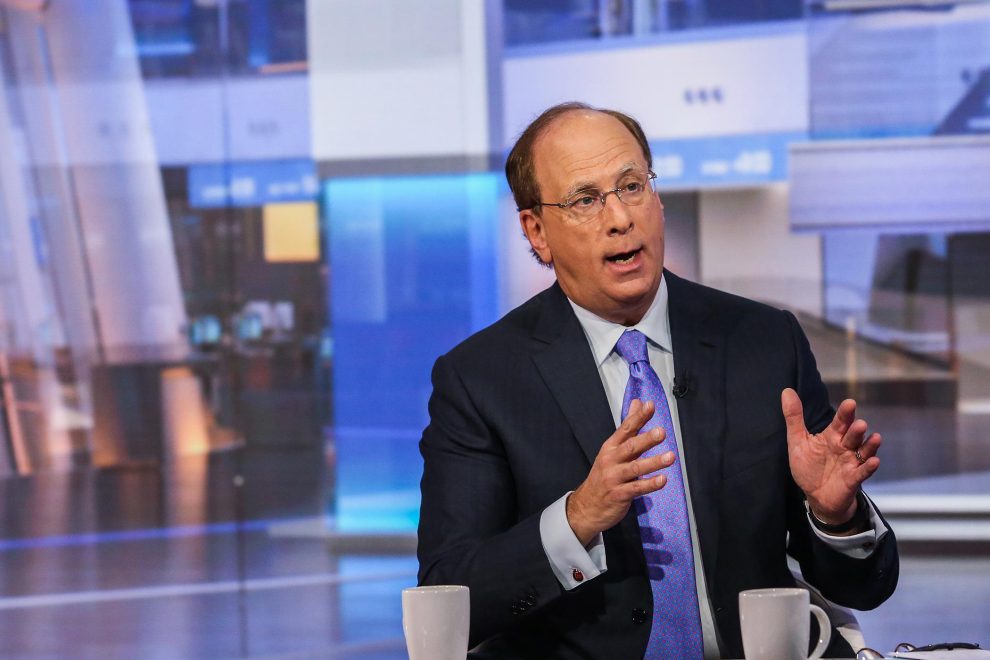 It has been a bad couple of months for BlackRock and its CEO, Larry Fink. Earlier this quarter, one analyst downgraded its stock due to the risk posed by Environmental, Social, and Governance (ESG) investing. Several states have announced they will remove pensions and other state treasury funds from the asset manager. Last week, the firm was subpoenaed by the Texas State Senate. Finally, on Friday, North Carolina Treasurer Dale Folwell called for BlackRock CEO Larry Fink to step down in a bombshell letter addressed to the investment company’s Board of Directors, which includes Fink.

While several states have withdrawn proxy votes and divested state funds from BlackRock, Folwell is the first to take this bold step. “Given his [Fink’s] dogged pursuit of these political objectives over a number of years, I’m skeptical that he would or could lead the necessary course correction. Having lost confidence in his leadership to responsibly steward investors’ resources, I request, quite simply, that he resign or be removed from the asset management firm’s leadership team immediately,” the letter closes.

According to Folwell, Fink’s obsession with driving ESG investing and net zero objectives is at odds with BlackRock’s fiduciary duty and may impart liabilities on keepers of state funds like himself. As the sole fiduciary of the $111.4 billion in the North Carolina Retirement System (NCRS), Folwell is not merely posturing.

NCRS’s current investment portfolio includes $14 billion in active and passive funds and $55 million passively invested in BlackRock stocks or bonds. That makes the state of North Carolina a BlackRock shareholder and a client. Folwell expects BlackRock to take its responsibility for managing North Carolina’s investments as seriously as Folwell takes his own. That duty of care is not evident to Folwell.

“Unfortunately, Larry Fink’s pursuit of a political agenda has gotten in the way of BlackRock’s same fiduciary duty. A focus on ESG is not a focus on returns and potentially could force us to violate our own fiduciary duty. Ultimately, Fink’s continued ideological pressure could result in using ESG scores against states and local governments, lowering their credit ratings and thus driving up their cost of borrowing at taxpayers’ expense,” Folwell wrote.

Folwell holds broad responsibilities in the state as Chair of the North Carolina State Banking Commission and the Local Government Commission. From that perspective, he wants people to understand that ESG scores and questionnaires are being used everywhere, not just in managing retirement funds. Local governments are getting pressed to make ESG commitments when they seek funding. Eventually, failure to meet these criteria could prevent them from accessing capital or raising their interest rates. This will impact taxpayers through higher taxes or reduced services.

He gave me a relevant example. “When I talk to some of my lower-income communities, they get asked how many electric vehicles they have and how many they forecast they will have. These counties are just trying to issue a bond to get a road built.”

Folwell was also not shy about pointing out in his letter that Fink pursues his political agenda using other people’s money. “At Larry Fink’s direction, BlackRock has used the financial power of its clients to force the global warming agenda, using proxy voting authority to push companies to ‘net zero,’ often in conflict with its fiduciary responsibilities,” Folwell pointed out.

He also highlighted where BlackRock had recently failed to put returns for its clients first. “For example, in 2020, [Fink] used BlackRock’s clients’ votes against two management-supported board members of ExxonMobil because of ‘insignificant progress’ towards green energy. Yet, ExxonMobil stock rose 60% in the 12 months since the board member election because of an increase in the demand for oil. Berkshire Hathaway’s Charlie Munger had it right when he said we don’t need ’emperors’ voting shares in index funds based on their social agendas,” Folwell charged.

Because of Fink’s ideological drive, Folwell signed an agreement enabling NCRS to vote the shares BlackRock manages for it. That would include board elections and votes on shareholder proposals. These are two ways activist investors are trying to push ESG policies on companies. They submit proposals on climate change and social issues like equity and abortion and put up activist candidates for board positions. Then they rely on ideological asset managers like BlackRock to use their proxy power to vote for them. Folwell just took his state’s shares back under a new agreement.

It would be easy to think that with all this pressure from state treasurers to stop focusing so intensely on ESG investing, Fink would be popular with activist investors. However, at least one activist investor from the U.K., which holds a small stake in BlackRock, is calling Fink’s response to criticism “amateurish” and saying that BlackRock’s actions on climate are hypocritical.

[Bluebell’s Giuseppe] Bivona also took aim at BlackRock’s 2020 promise to clients to exit thermal coal investments, which it says in its client letter on sustainability that the “long-term economic or investment rationale” no longer justifies.

Bluebell noted that this commitment excludes passive funds such as index trackers and ETFs, which constitute 64% of BlackRock’s more than $10 trillion in assets under management.

Bluebell’s letter also took aim at BlackRock for having “politicized the ESG debate,” after its public advocacy led to a swathe of Republican-controlled U.S. states divesting assets managed by BlackRock in protest at the asset manager’s ESG policies.

Perhaps BlackRock is a study in businesses confining their mission to their core operations. Maybe Levi’s should make fantastic jeans, and Coca-Cola should make exceptional beverages. Could it be that Disney should make movies for kids that don’t expose them to adult themes? And it’s possible that BlackRock, as Folwell suggests, should concentrate on making as much money as they possibly can when investing on behalf of their clients.