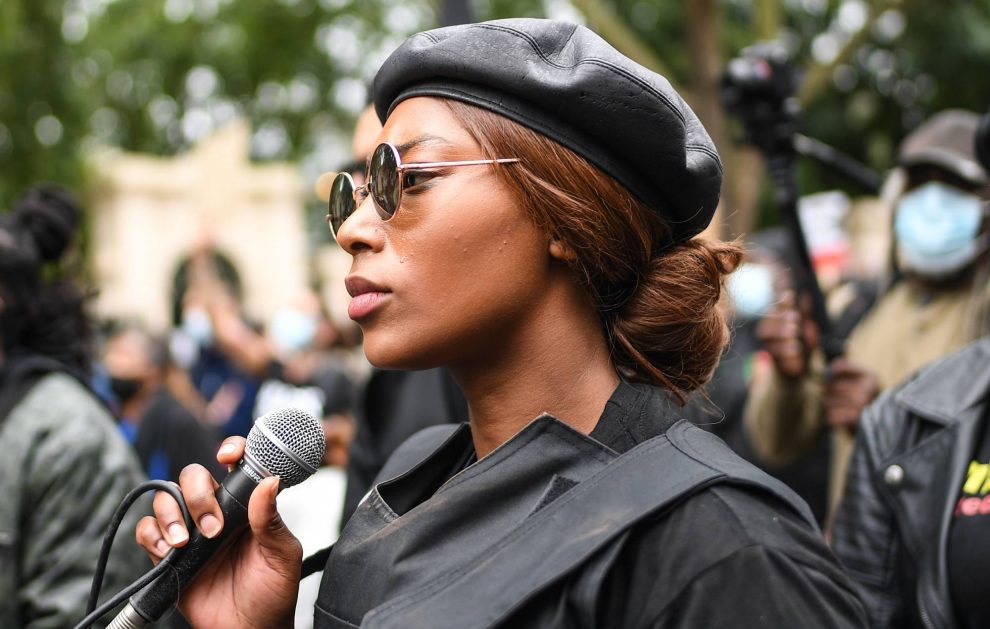 Sasha Johnson, one of Britain’s best-known Black Lives Matter activists, has been shot in the head and is in “critical condition”, according to a statement released by her political party on Sunday.

Ms Johnson, 27, the self-styled “Black Panther of Oxford” and a mother of three, according to her party, or a mother of two, according to the BBC, reportedly sustained a gunshot wound to the head in the early hours of Sunday morning in the Southwark area of London.

A statement from the Taking The Initiative Party (TTIP) said: “It is with great sadness that we inform you that our own Sasha Johnson has sustained a gunshot wound to her head. She is currently hospitalised and in a critical condition. The incident happened in the early hours of this morning, following numerous death threats.

“Sasha has always been actively fighting for black people and the injustices that surround the black community, as well as being both a member of BLM and a member of Taking the Initiative Party’s Executive Leadership Committee. Sasha is also a mother of 3 and a strong, powerful voice for our people and our community.

“Let’s all come together and pray for Sasha, pray for her recovery and show our support to her family and loved ones.”

In a statement believed to be referring to Ms Johnson, London’s Metropolitan Police said that the shooting is thought to have occurred near a house party in Southwark.

“While the investigation is at an early stage, there is nothing to suggest that the woman who was shot was the subject of a targeted attack or that she had received any credible threats against her prior to this incident,” the Met said.

Detective Chief Inspector Jimi Tele added: “I recognise that this incident will have shocked those in the local community and further afield. I would ask people to avoid speculating as to the motive or the circumstances behind it.

“If anyone does have information, the most responsible and helpful action is to share it with the police or, to remain anonymous, with Crimestoppers.”

The Met has not officially confirmed the shooting victim’s identity as of the time of publication, however.

Sasha Johnson gained national attention following the publication of a viral video which showed her declaring that British police are “no different than the KKK” and that the formation of a “Black Militia” was necessary to combat racism in Britain. She has also called for the creation of a “race offenders’ register” which could impact the jobs people can hold and the areas where they can live, and called for the “hanging” of what she called “house negroes” after a British government report led by a black academic found that the United Kingdom is not an “institutionally racist” country.

Responding to the reports of her shooting, BLM UK wrote on social media: “We are saddened to hear that Sasha Johnson is fighting for her life after a critical wound and following numerous death threats. While Sasha wasn’t part of our organisation, she impressively founded a new Black-led political party and was dedicated to resist anti-Black racism.”

“Any attempt to intimidate or silence her, is an attack on all of us. Touch one, touch all. We pray that she will pull through this and those who threatened her life are held accountable,” the organisation added.

At a so-called ‘Million People March’ in London in August of last year, Johnson announced the formation of the Taking The Initiative Party (TTIP), which she claimed at the time was the “the first black-led political party in the UK” — although she would later clarify that the party was merely “black founded”.

In March of this year, Sasha Johnson promoted the creation of the New Black Panther Party UK on her social media, but she remains involved with TTIP as well, and is still listed as a member of its executive leadership committee.

WATCH: BLM Activist Calls for Revolution in the UK, Saying: ‘The Police Is No Different from the KKK’ https://t.co/20iuJbgTQ4 pic.twitter.com/ZR4R1fEU6z