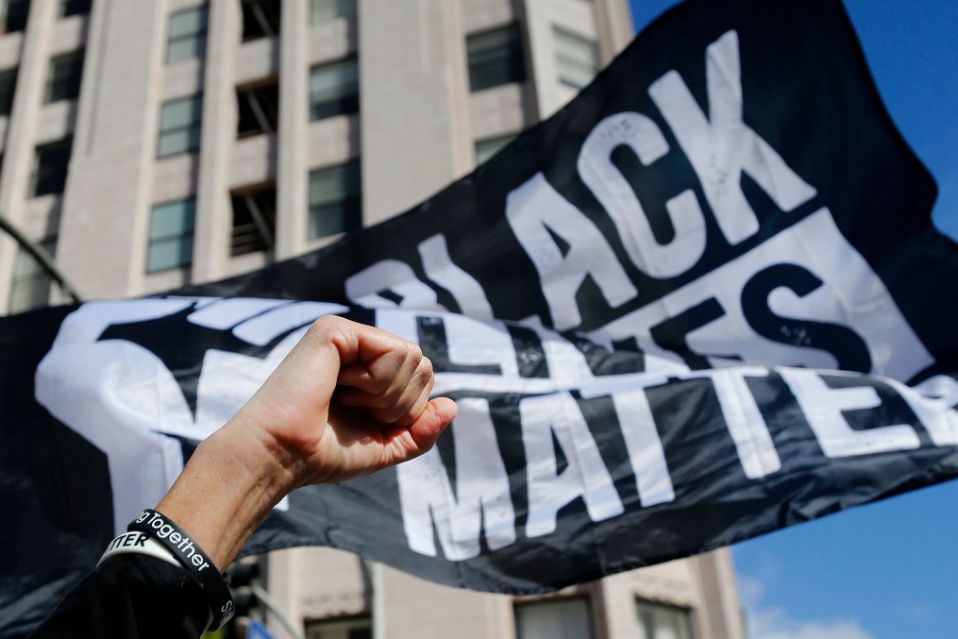 A founding member of the Black Lives Matter Global Network accused former Vice President Joe Biden of capitalizing “on our efforts to defund the police.” The organizer of the group’s BLM Los Angeles chapter said Biden also tried to condemn the effort at the same time.

Former Vice President Biden “capitalized on our efforts to defund the police, and then tried to condemn the words at the same time,” BLM Los Angeles chapter lead organizer Dr. Melina Abdullah said during a Tuesday morning protest, according to the Daily Wire.

Abdullah’s comments came at the beginning of a series of protests this week outside the home of Los Angeles Mayor Eric Carcetti. The protests have a stated goal of depriving the city’s mayor an appointed position in a potential Biden-Harris administration.

Biden repeatedly claimed to be against the Defund the Police movement. “I not only don’t want to defund the police, I’m the one calling for $300 billion — million more for local police, for community policing,” Biden told a news station in September, Breitbart News’ Kyle Olson reported.

“We want to be very clear that as we happily usher out the Trump regime, we will not accept liberal white supremacy in the White House in the form of Joe Biden,” Abdullah said. … “It doesn’t matter to me that Kamala Harris is your vice president if you’re using her black woman body to usher in oppressive systems and oppressive people like Eric Garcetti.”

In March, Abdullah reminded people of Biden’s history of having a “lock them up approach.”

Biden has spent his political career advocating a lock-them-up approach that feeds mass incarceration and overpolicing. @BernieSanders has been willing to get to the root of the issue…providing for people’s needs reduces crime. #ReimaginePublicSafety #NotMeUs https://t.co/fazql8NZ6k

She reportedly accused the former vice president of “doubling down on liberal white supremacy” if he appoints Garcetti to a position in his administration.

On Thanksgiving Day, Abdullah retweeted a message from the People’s City Council — Los Angeles that said, “Whatever we have to do to #BlockGarcetti from being appointed to @JoeBiden’s cabinet.” She added, #”BlockGarcetti” to her retweet.

She also retweeted a message that appears to quote her as saying, “Liberal white supremacy is not better.”

The movement appears to be angered at Garcetti’s refusal to Defund the Police in his city. The Los Angeles Police Department takes up 54 percent of the city’s general funds budget, Garcettiville tweeted. The tweet was retweeted by Jamie Penn, Raggedy Ass Organizer who added, “‘Mayor Eric Garcetti embodies liberal white supremacy.’ –@DocMellyMel. Garcetti empowers the most murderous police force in the nation. @JoeBiden‘s consideration of Garcetti to his administration is an insult to @BLMLA. #BlockGarcetti. Abdulla retweeted the message from Penn.

"Mayor Eric Garcetti embodies liberal white supremacy." –@DocMellyMel. Garcetti empowers the most murderous police force in the nation. @JoeBiden's consideration of Garcetti to his administration is an insult to @BLMLA. #BlockGarcetti https://t.co/nKcHF75sQa