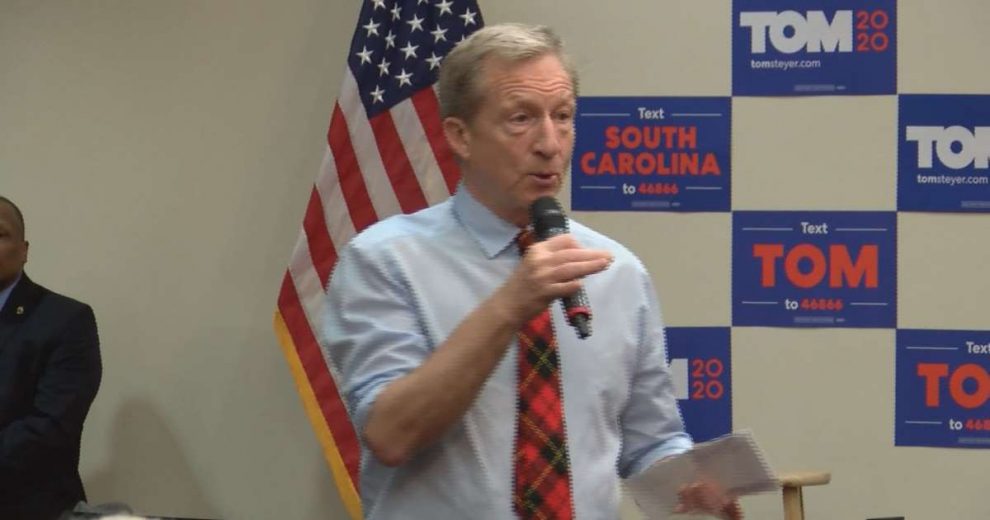 Billionaire Tom Steyer (D) dropped out of the presidential race following an abysmal showing in South Carolina’s Democrat Primary on Saturday, despite dousing the state with millions of dollars in ads.

“I got into this race for a really, really good reason,” Steyer said during his concession speech, citing people not “adequately addressing racial injustice in this country” as one of his primary reasons.

He expressed his gratitude to his supporters but conceded, “I said if I didn’t see a path to winning, that I’d suspend my campaign.”

“Honestly, I can’t see a path where I can win the presidency,” he continued, promising to continue to work on the issues he is passionate about.

He added that he will “of course” support the eventual Democrat nominee and called President Trump a “disaster”:

Steyer made waves ahead of South Carolina’s primary after joining Juvenile on stage and dancing to “Back That Azz Up” during a campaign stop in the state:

As of 9:50 p.m. EST, Steyer failed to reach the 15 percent delegate threshold in South Carolina with 80 percent of precincts reporting.