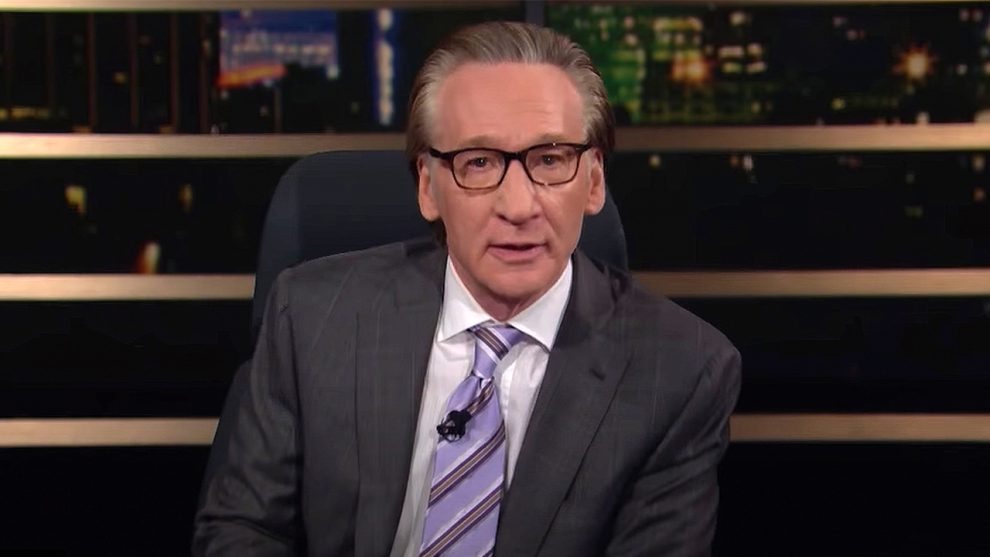 We’re living in an era of heightened emotions. Arguably, we’re also presently stuck in an age of feigned ones.

During Friday’s installment of HBO program Real Time with Bill Maher, the host touched on such with an astute observation.

American culture appears to have become a stage for performative outrage. We once thrived on freedom of speech, at a time when words couldn’t hurt us. These days, syllables are violence and death may come via “microaggressions.”

But how does a society go from unnerved by the insignificant to irate at the relatively incidental? Might some of it be due to social pressure? Bill suggested yes.

As you’re no doubt aware, amid March 27th’s broadcast of the Academy Awards, host Chris Rock joked about Jada Pinkett Smith’s hairstyle: “Jada, I love ya. G.I. Jane 2? Can’t wait to see it.”

At first, husband Will Smith laughed.

As it appeared, he took note of Jada’s dissatisfaction. The actor’s reaction raced from evident enjoyment to intolerant rage. Violence ensued.

And in discussion with legal analyst Laura Coates, Bill pegged the incident as a perfect parallel to This Present Wokeness. It’s cancel culture, crystallized:

“That really encapsulates cancel culture, because that’s what happens. People laugh, and then they go, ‘Oh, wait — I’m supposed to be offended.’ And then they overreact.”

In the 90s, author William J. Bennett lamented The Death of Outrage. America’s pendulum has now fully found its opposite place.

Outrage is not only ubiquitous, it’s been monetized: It carries a considerable amount of cultural cache.

A typical person possesses a healthy degree of emotional regulation. But the national nerve has been whipped into an all-out explosion. We’re crescendoing like an orchestra to the tune of more meaningless mishaps.

And as the scale for outrage recalibrates, public apologies must adjust accordingly.

These days, issued mea culpas are monstrously made.

In 2018, nefarious news surfaced online — Bachelor contestant Rachael Kirkconnell had once attended a college formal with an antebellum theme:

“We all need to have a little grace, a little understanding, a little compassion. Because I have seen some stuff online — this judge, jury, executioner thing where people are just tearing this girl’s life apart and diving into, like, her parents, her parents’ voting record. It’s unbelievably alarming to watch this. … I haven’t heard Rachael speak on this yet. Until I actually hear this woman have a chance to speak, who am I to say any of this? I saw a picture of her at a sorority party five years ago, and that’s it.”

The cancellers then came for Chris.

Subsequently, I give you his phenomenal feat, The Greatest Apology in the World:

“I have spent the last few days listening to the pain my words have caused, and I am deeply remorseful. My ignorance did damage to my friends, colleagues and strangers alike. I have no one to blame but myself for what I said and the way I spoke. I set standards for myself, and have not met them. I feel that with every fiber of my being. Now, just as I taught my children to stand up, and to own their actions, I will do the same. …

“By excusing historical racism, I defended it. I invoked the term ‘woke police,’ which is unacceptable. I am shamed over how uninformed I was. I was so wrong. …

“To the Black community, to the BIPOC community: I am so sorry. My words were harmful. I am listening, and I truly apologize for my ignorance and any pain it caused you. I want to give my heartfelt thanks to the people from these communities who I’ve had enlightening conversations with over the past few days, and I am so grateful to those who have reached out to help me on my path to anti-racism.”

Was atonement allowed? it didn’t seem so; he never returned to The Bachelor.

It’s a treacherous age. Beware the things you say. The audience may at first laugh to themselves. Nonetheless, in many cases, a backhand is buffering.