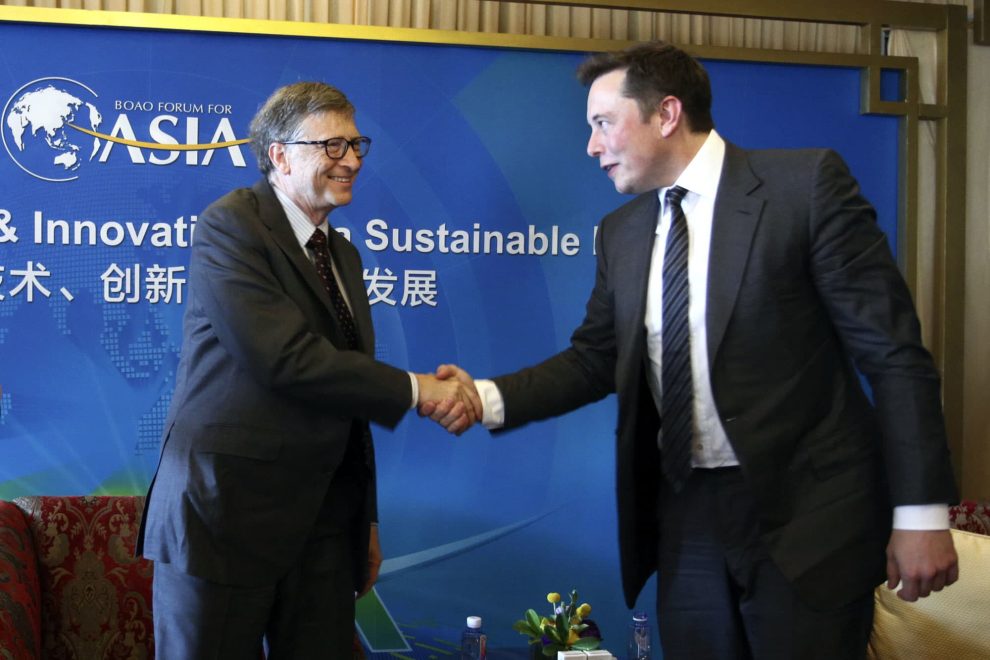 Bill Gates is worth $132 billion, but apparently, he still needs to go beg other rich people for money to fund his various pet projects. One of those includes the climate change hysteria the Microsoft founder pushes, and that recently led him to contact Elon Musk, the billionaire who is attempting to buy Twitter.

In leaked text messages, Gates, who has been connected to now-deceased serial abuser Jeffrey Epstein, is seen pushing Musk to contribute to a supposedly philanthropic effort to combat climate change. This apparently pre-empted or followed an in-person meeting between the two (I’m not completely clear on that). Regardless, here’s how the exchange went.

So apparently Bill Gates hit up @elonmusk to discuss “philanthropy on climate change” but Elon asked if he still had a half billion dollar short position on $TSLA.

Bill said he hasn’t closed it out, so Elon told him to get lost. No idea if this is true lol pic.twitter.com/iuHkDG3bAd

While I almost certainly don’t agree with Musk’s views on climate change, you have to respect the fact that he managed to expose Gates’ hypocrisy on the subject in such a clear way (Musk confirms the texts are real here). You see, Gates, like most rich climate hysterics, expends more carbon in a few days than most do in an entire year. He has private jets, massive houses, big boats, and generally more random stuff than almost anyone could ever dream of owning.

But while Gates preaches doom, including the need to drink poo water to save the planet, he ultimately does what all rich people do: He prioritizes his profit motive over everything else. In this case, he holds a massive short position against Tesla, which may indeed be overvalued. If Gates truly believed climate change was an existential threat, though, wouldn’t he be looking to invest in Tesla instead of betting against it to make a buck?

Musk called him out on that and Gates tried to act as if he’s got plans to sell the short position. I highly doubt that’s true. Rather, I’d bet good money that Gates got caught in an awkward position and tried to play it off.

Musk didn’t buy it and then decided to respond with some A+ trolling, which I had to screenshot and retweet to get rid of the naughty word.
This is some A+ trolling. pic.twitter.com/7zXdGPTLA2

While you should never delude yourself to believe that Musk is “on your side,” because he holds a lot of left-wing positions, you still have to respect the fact that he just doesn’t care what anyone thinks. He’s out here dropping male pregnancy (an oxymoron) emoji memes on Bill Gates without even a second thought that he’s burning a bridge to one of the richest men in the world. And while Musk may not be the perfect ally for the right’s fight to pull back corporate censorship, he’s a welcomed one.