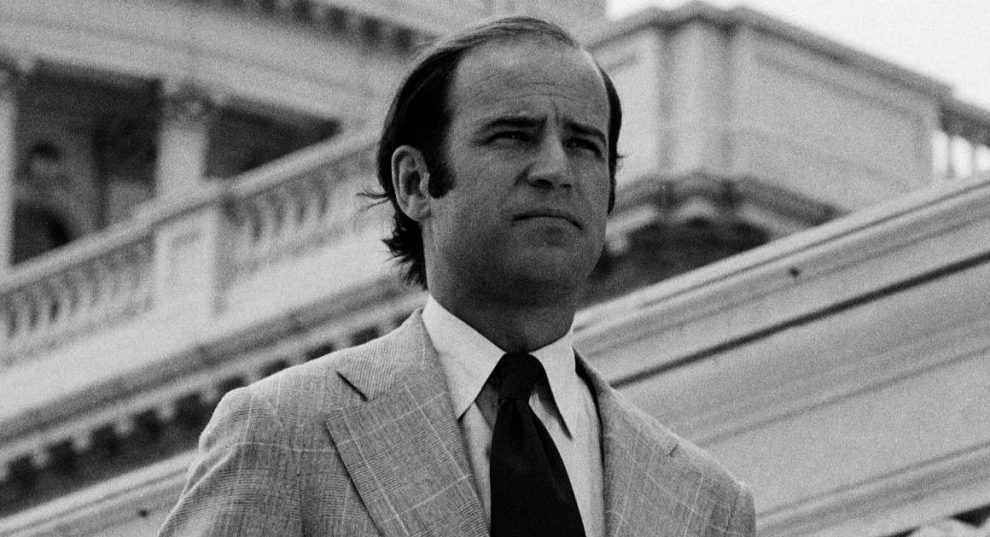 When Joe Biden was a freshman senator in the mid-1970s, his home state of Delaware, like other hotspots across the country, was engulfed in a bitter battle over school busing, debating whether children should be sent to schools in different neighborhoods to promote racial diversity.
Biden took a lead role in the fight, speaking out repeatedly and forcefully against sending white children to majority-black schools and black children to majority-white schools. He played down the persistence of overt racism and suggested that the government should have a limited role in integration.
“I do not buy the concept, popular in the ’60s, which said, ‘We have suppressed the black man for 300 years and the white man is now far ahead in the race for everything our society offers. In order to even the score, we must now give the black man a head start, or even hold the white man back, to even the race,’ ” Biden told a Delaware-based weekly newspaper in 1975. “I don’t buy that.”
In language that bears on today’s debate about whether descendants of slaves should be compensated, he added, “I don’t feel responsible for the sins of my father and grandfather. I feel responsible for what the situation is today, for the sins of my own generation. And I’ll be damned if I feel responsible to pay for what happened 300 years ago.”
To read more click here.
See also  Biden’s Economy Sees Worst First Half for Stocks Since 1872
→ What are your thoughts? ←
Scroll down to leave a comment: