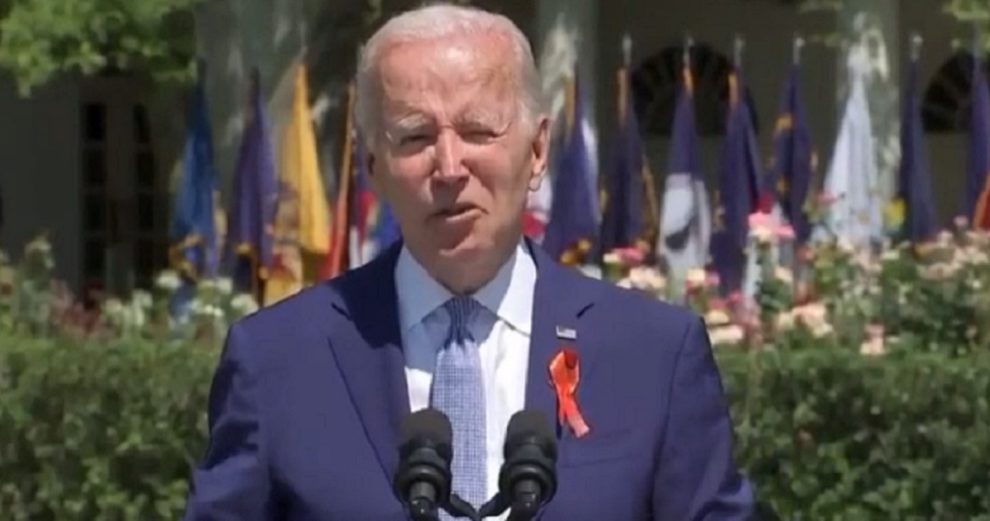 A pro-abortion doctor has been revealed as the sole source for the tale of a 10-year-old Ohio girl who was six weeks pregnant and forced to travel to Indiana for an abortion after being raped. The story was a centerpiece of President Joe Biden’s speech on Friday in which he attacked an Ohio law that limits abortions.

In a fact-checking column that in the end said the truth of the story may never be learned, The Washington Post noted the only Indianapolis obstetrician-gynecologist who performs abortions and claims that the incident took place is Dr. Caitlin Bernard.

The claim, made in an article by the Indianapolis Star, alleged that a “child abuse doctor” in Ohio referred the girl to Bernard. That doctor was not named.

The Post noted that if this was true, a criminal case should exist because the “child abuse doctor” in Ohio would have been required by law to notify police.

Bernard would not elaborate when asked by the Post to do so.

“Thank you for reaching out. I’m sorry, but I don’t have any information to share,” she wrote in an email.

The Post said child services agencies in Cleveland, Columbus, Cincinnati, Dayton and Toledo were all unaware of any such case in their areas.

🚩 #1. A pregnant 10 year old is evidence of a heinous crime against a child but in every article (and there are SO MANY) thre is no mention of criminal investigation, no police involvement, not even a town where this allegedly occurred. pic.twitter.com/pRuwtmWoR4

🚩 #6 #DrCaitlynBernard, the only source, is an abortionist and has been in the NYT participating in an anti-Trump hit piece and is clearly an activist. She has a stake in preserving abortion, it literally pays her bills. https://t.co/fdQJFxQNgO

Here she is again #CaitlinBernard in June interviewed by PBS, crying. Predicting doom…the very thing she's now claiming. How is she in contact with so much media? https://t.co/ev5cFoKY8R pic.twitter.com/d3AnfjHrqt

I heard about it from a teenager at a 4th party and a red flag went off big-time. If the kids have heard about it it was placed where they will see it intentionally. Fake news is always sold to the young'ns because they will swallow it the fastest. https://t.co/URgBsDgXa5

In an op-ed on the website NottheBee, Peter Heck poked holes in the story.

“Being from Indiana myself, I am quite familiar with the abortionist and activist who is held out as the lone source for this story — Caitlin Bernard. She has quite a record of extremism in my state and beyond. Given her track record of advocacy over honesty, the skepticism many are now expressing is sadly appropriate. What’s more, I used to write for the Indianapolis Star and experienced firsthand the progressive editorial influence of parent-corporation Gannett in determining what they cover and how they cover it,” he wrote.

If the story is fake, he wrote, “the lying abortionist should be censured, the paper shamed and the pro-abortion movement’s already-dismal credibility should suffer another critical blow.”

“But suppose there is tragic merit to the story, and consequently, this innocent 10-year-old girl is being used as a mere weapon in a larger war by forces who care little to nothing about her actual well-being. For all the talk about the need for ‘reproductive justice,’ this girl deserves criminal justice, and reporters, newspapers and activists alike should be unwilling to rest until she does,” he wrote in a challenge to those who believe the story is true.

“Play your abortion games later. For now, if one really exists, make the rapist known, make his crimes infamous and let the public mete out swift, harsh and appropriate justice. The fact that no one seems interested in doing so speaks to either their own confidence the story is a fable, or their own galling disinterest in justice. Neither is acceptable,” he wrote.

As noted by the New York Post, White House press secretary Karine Jean-Pierre refused to say whether the White House confirmed the truth of the story before Biden used it in his remarks.